Back in 1991 or so, I baby-sat for the kids next door. At the time, I was out of Joe toys and was not buying anything. These children, though, had a nice contingent of 1990 and 1991 Joe toys that were completely new to me. Many of the figures that they had were nicely done in both coloring and accessories. As I've said in previous profiles, I was nearly prodded to go out and buy a few of these new Joes at the time, but I never did. As such, when I returned to Joe collecting in the late '90's, I made those figures released between 1989-1994 my top priority. At that time, it was somewhat difficult to find large quantities of these figures, but I purchased nearly every lot I could find. Even now that my Joe collection is equally represented from all eras, it is the figures from these later years of the original run who still hold the most of my attention.

One thing the Joe line did well during its original run was update original specialties. While these might sometimes be an updated version of a previous character, Hasbro also offered us new characters who filled previously existing specialties. Such is the case with Freefall. He is a para-trooper who filled the shoes previously worn by Ripcord. It's not clear if Freefall was originally intended to simply be an updated Ripcord figure or if he was always intended to be an original character. Truth be told, were he a new Ripcord, I think this figure would be better regarded among collectors today. Freefall, as a character, is all but forgotten. What little media exposure he did receive was from sources that most collectors hold in contempt. That has lead to Freefall's decreased role in modern day collections.

Ripcord and Freefall are an interesting mix in the Joe para-trooper figure realm. Where Ripcord succeeds as a figure, Freefall fails. Yet, where Freefall succeeds as a figure, Ripcord fails. Both figures feature nicely done camo patterns that make the figures useful. They also both include decent guns that are unique and a good match for the specific figure. It is the rest of the accessories, though, that differ. Ripcord included a nicely done parachute pack that wrapped around his torso. Its centerpiece is a gas mask that attaches to the rig and can then be placed around his helmet. This is one of my favorite accessories in the line and, for me, makes the Ripcord figure. Freefall only includes a standard backpack that really doesn't resemble a parachute. His helmet, though a bit more ornate than Ripcord's, does have some sort of breathing device that attaches to it. This then connects to his pack by the ubiquitous black hose. The rig makes Freefall appear less a paratrooper and more an infantry trooper. It's not bad, but if they were going to make a new paratrooper, he should have been an overall improvement. Freefall's accessories certainly were not.

However, the primary drawback I had with the Ripcord figure is that once you remove his parachute pack, the figure is actually too bland to use. He has no trappings or details on him and is boring. Freefall fares better as his mold does have a bit more detail to it. It allows the figure to be used in more settings and doesn't make him so mundane once he hits the ground and begins his behind-the-lines maneuvers.

In my collection, Freefall has filled many roles. When I first acquired one, he joined Bullhorn as part of my riot police squad. The gas masks employed by both were a nice accessory that I wanted to use at that time. Freefall later evolved into a more standard infantry trooper. His accessories were not so binding that I could use him on the ground. He was often a filler soldier who was part of a larger unit. Sometimes he was a major player, sometimes he was not. Now, Freefall sees the most time in his intended specialty. I've noticed that mint Ripcord figures are getting harder and harder to find. Rather than risk ruining mine, I replaced him with Freefall. Freefall now sees time aboard a Tomahawk or Dragonfly as either a gunner, first mate, or infantry support who is always ready to drop out of the sky to help a unit in trouble. Time was, I rarely used Joes in their intended specialties. As I'm getting older, though, I catch myself more and more pigeon-holing figures into the roles for which they were intended. That's not, necessarily, a bad thing. I think it's just my imagination being further squeezed out of existence by the demands of adulthood.

The Freefall has been used only this one time. He was released in Europe, but not with any type of exclusive color scheme. He did not make it to South America and has yet to pop up in India. As Hasbro has used a variety of 1990 molds for repainted figures in the past few years, it is very possible that they still have access to the Freefall mold. If that is the case, perhaps he can appear again at some point in the future as an alternative to the Big Bens and Mirages that still seem to appear all too often.

Once upon a time, it was a bit of a challenge to find mint, complete Freefall figures. In fact, at the time, it was a challenge to find just about any figure from 1990 or 1991 mint and complete. Now, though, times have changed and you can easily acquire mint, complete Freefall figures for just about nothing. For his price, he is well done and worth acquiring. I wouldn't mind seeing this mold return as part of a repaint set. I think the mold is well done and could easily be called Ripcord with little fanfare among the collecting world. (The Ripcord mold appears to be long gone in South America.) That would at least allow for some additional diversity among the repainted vintage mold ranks and would give Ripcord a way to return. This figure is well enough done that I feel he deserves more respect from collectors. Perhaps, with a little more publicity, he can earn that.

I'm set for Freefalls. Would you like to see a Freefall repaint? Let me know. 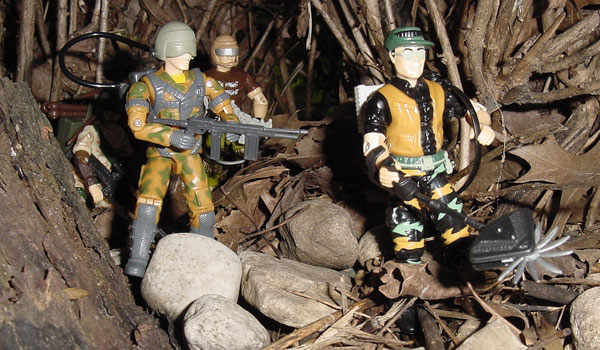 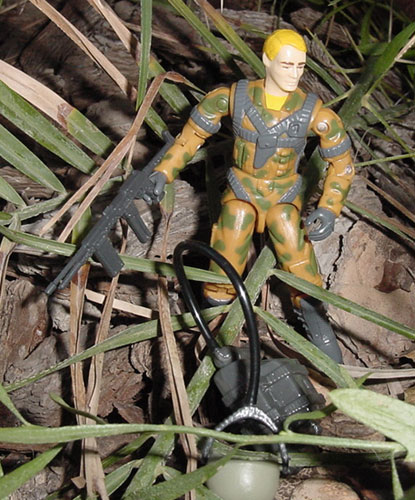 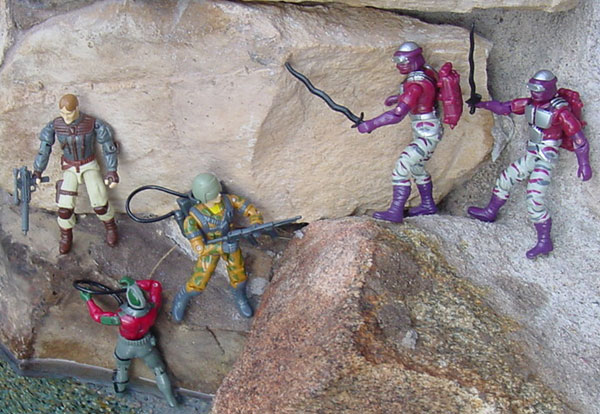 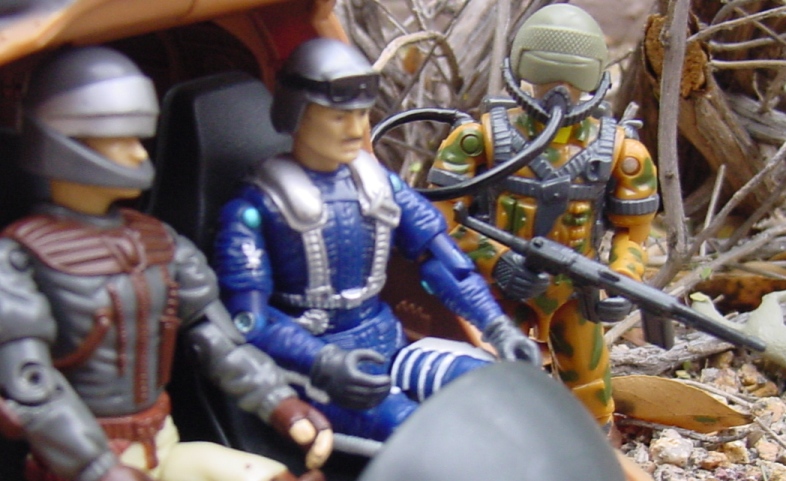