I've long liked Rock Vipers. The high quality mold, great accessories and cheap prices created a figure of which I always wanted more in my collection. In 2003, Hasbro finally dusted off the Rock Viper mold and included it as a member of the Toys R Us exclusive Python Patrol set. This set featured distinctive, unified colors, a great selection of obscure army building molds and included all the original accessories for each of the army building figures. In short, it was a great start to the exclusive army building packs...on paper. The reality was that the color scheme on the figure, while detailed, was also difficult to use. It didn't match the vintage Python Patrol figures and wasn't even close to any traditionally Cobra colors. Collector response to the figures was enthusiastic, but lukewarm. Many people army built the sets as there weren't many alternatives. In the 4 subsequent years, though, this set has become obscure rather than celebrated.

On the surface, the Python Patrol set was a winner. But, time has cooled collector interest in the figures as the odd combination of red, black and goldish copper really didn't lend itself to definitive versions of the figures that were included...even if the Python version is the only version of the figure other than the original available. Still, the set has its merits and does offer some diversity in the Cobra ranks. (Plus, they colors are a decent enough match for the vintage Python Patrol vehicles.) The figures do have one of the most intricate paint designs on any figure ever released. They are solidly constructed and have, for the most part, great accessories. Yet, the total package falls just short of being one of the better liked exclusive figure offerings.

The Python Patrol set was released at the perfect time. In the latter half of 2003, if you wanted ARAH style army building figures, there weren't many options. There was a high priced convention set, a Viper/Alley Viper pack that had a short appearance at retail and that's about it. As such, army builder starved collectors were quick to buy up the Python Patrol sets. Unfortunately, that wasn't quite enough as Python Patrol sets lingered at retail until after Christmas of 2003 and were even clearanced in some markets. Hasbro had produced about 25,000 each of the Tiger Force and Python Patrol sets. As these sets stagnated at retail, Toys R Us adjusted their ordering down and all future exclusive 6-packs were only ordered in the 20,000 or less range. With the exception of the Cobra Infantry pack, though, those lowered quantities were still more than adequate to sate collector demand for each of the subsequent army building Toys R Us sets.

The sad reality is that had this set been released in late 2004 or early 2005, it would have been a collossal dud. By that time, collectors had plenty of other outlets for ARAH army builders and many had amassed large collections at retail prices. As such, the release timing of the Python Patrol was fortuitous as it allowed the set to get some press and become part of many people collections in numbers that would never have happened had it been released even 1 year later. But, the later releases did their damage and Python Patrol is rarely mentioned these days as being one of the better TRU sets.

In my collection, Rock Vipers probably see more use than they should. While they are supposed to highly specialized troopers, I use them for more common duties. This primarily is due to the fact that I currently live in the desert mountains that surround the outskirts of Phoenix. As such, I have the terrain in my yard where Rock Vipers would most likely operate. Plus, I'm a sucker for really good gear and the Rock Viper has it in spades. I love grappling hooks and ropes that you can actually use and the Rock Viper's accessories are fully functional. As my backyard is full of decorative rocks, the Rock Vipers are commonly seen climbing all over them. They may be acting in groups of like specialties or supporting more traditional Cobra Infantry. Regardless, they are often my Cobras of choice when my yard will be the setting.

The Rock Viper mold has been used 3 times. The first was in 1990 when the original Rock Viper was released. The Rock Viper head was then used for a very short run of Crimson Guard Immortals in Europe. This is a rather rare figure to find, though it isn't an upgrade for the original CGI head. The mold was last used for this Python Patrol figure and we have yet to see it again. Truth be told, I would like at least one more Rock Viper repaint. While the original is decent enough and this version has its uses, I would like to see at least one version that is either done in more traditionally Cobra colors or one that better fits with some different mountain environments. At this point, though, that seems fairly unlikely to happen unless the Rock Viper would appear in a convention set. But, given the figure's specific specialty, I don't think too many collectors would be disappointed were the Rock Viper to never appear again. The 2 retail releases are fairly easy to find and still fairly affordable.

Today, the Python Patrol is fairly common to find. A perusal of Ebay shows that MIB sets can be purchased for less than retail on a consistent basis. Individually, the figures can be pricier, though. Typically, a Rock Viper or Lamprey will run about $7 or so. They tend to be the most popular and prices fall for the other 4 figures. Even at the individual prices, Rock Vipers aren't too bad a deal. But, you can get vintage Rock Vipers for about $10, so the incremental value really isn't there for the Python Patrol stuff. As such, if you're missing the figures, I think you're better off buying a set rather than individually purchasing the 2 or 3 army builders you really want. For me, this figure is a great mold whose overall package just falls short. It's a great figure to have, but I have no desire to track down any more on the aftermarket. 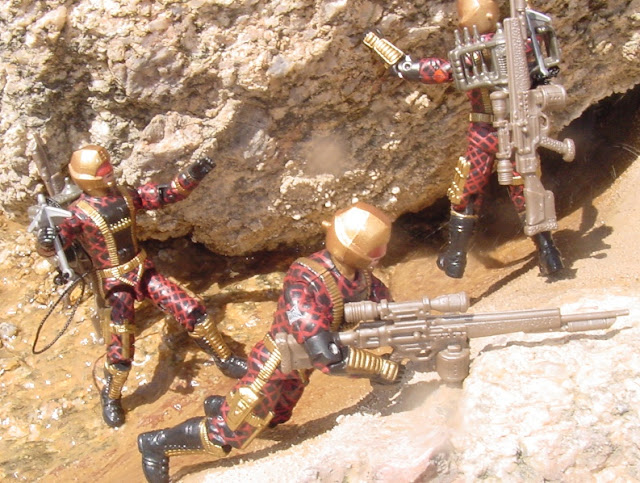 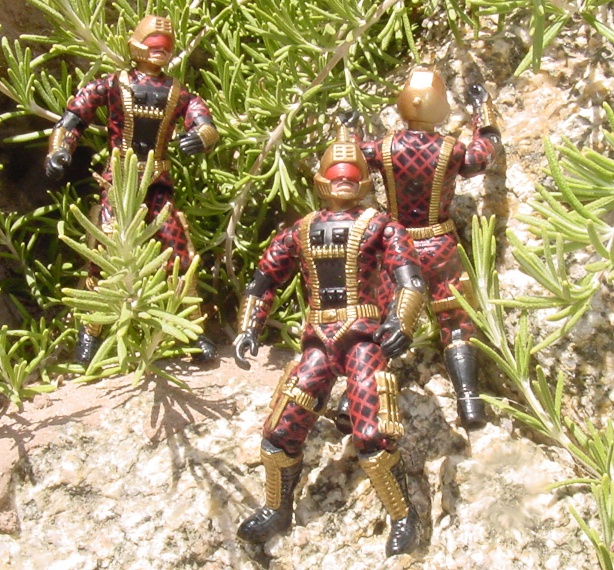