When I was a kid, there was a retired couple in neighborhood who always spent the winter in Arizona.  Each year when they left, they hired me to rake leaves, clean gutters and cut the grass while they were gone.  In return, they paid me a nice lump sum of cash up front and the rest when they returned in the spring.  This gave me the financial wherewithal to purchase some of the larger Joe items that were available at retail at the time without having to wait for my birthday or Christmas.  In 1985, I had used this money to buy myself a Mauler.  In 1986, I went even bigger and purchased myself the Tomahawk.  The Tomahawk was everything I had wanted the Dragonfly to be.  It had a large, detailed cockpit that could hold 2 figures.  It still had a full complement of weaponry.  But, it added the ability to carry 5 additional figures and had the door guns.  (This was a play feature that I "The 'Nam" comic book had made me desperately want.)  On top of all that, I had great expectations for the pilot figure: Lift Ticket.  Up until that time, the large Joe vehicles and playsets always included exceptional driver figures.  But, the drivers from 1986 had not been up to par with those from prior years.  Unfortunately, Lift Ticket was no exception.

I want to like Lift Ticket.  I have always wanted to like Lift Ticket.  From the day I first acquired him in the fall of 1986, I wanted him to be a pilot worthy of an awesome vehicle like the Tomahawk helicopter.  Sadly, though, he simply is not.  Lift Ticket is a figure that appears to be an attempt at something cool.  When you look at him, there is a lot of potential in the mold.  But, Hasbro simply was not able to capitalize on that when they put the figure into production.  The head is simply too big.  Lift Ticket has a gargantuan nose that offsets his entire face.  Even with the large head, the nose is out of whack.  Beyond the head size, though, the entire sculpt is off.  I'm not sure what Lift Ticket's head gear is supposed to be.  But, it does not work for the figure.  He is left with an angular, over sized look that dominates the figure.  Once you get past the sculpting limitations on the head, though, the color of the entire figure is just not right.  The hunter green offset with the tan base and accented by black highlights is actually quite good.  But, Hasbro went a step too far and included the deep red knee pads, shoulder pads and helmet.  The red doesn't really work as an accent for the green and tan and the entire figure is just too busy.

Lift Ticket had just one feature that I really liked: the microphone.  I had loved the concept of the microphone when I acquired Heavy Metal the year prior.  Lift Ticket took the same idea into the air.  Having a pilot with an built in communications piece just made sense to me.  So, I was able to overlook my distaste for the colors due to that small accessory.  It made Lift Ticket that much more useful since he could communicate with the base without having to carry a pack like Dial Tone's.  It was a fun accessory that helped overcome some of the figure's other shortcomings.  But, the minute the microphone was lost, Lift Ticket's value in my collection plummeted.

As a character, I never did much with Lift Ticket.  He piloted the Tomahawk.  That was it.  But, that role alone made him integral in my collection.  Upon its addition to my collection, the Tomahawk remained the single most used vehicle until I stopped collecting.  In fact, the Tomahawk was the first of my Joe toys that I "rescued" from my younger brothers when I stopped playing with toys.  I found it piled up with other toys under a desk and simply couldn't stomach the thought of something so great being destroyed.  I salvaged what I could and moved on.  I liked the Tomahawk for its versatility.  It could be used as a combat helicopter, a rescue chopper or a transport mechanism.  You could take out the seats and put an Armadillo in the cargo area.  You could insert or extract a small strike team.  Or, you could simply have the Tomahawk hover over an enemy compound and blast it into bits with bombs, missiles and the rotating chin Gatling turret.

Through all this, Lift Ticket was at the helm.  Sometimes, if the need fit, he was a nameless pilot who would give him life for a cause.  Other times, he was Lift Ticket and was a great pilot who always went along with the most important Joes on their missions.  But, Lift Ticket never did enough for me that I actually remember any aspect of the character he played in my collection.  The figure just wasn't good enough for me to develop a memorable character.  I wanted the pilot to be a great figure.  Since Lift Ticket wasn't, I went on a constant search to find a better pilot.  As a kid, I just never found one.  (Later, Ace and Updraft did replace Lift Ticket in the Tomahawk, but that wasn't until I was an adult.)  So, Lift Ticket got use far beyond his quality.

Lift Tickets are very easy to find and ludicrously cheap.  It is that stupid little microphone that is the problem.  It takes a $3 figure and raises him to $22 or so.  You wouldn't think something so insignificant would lead to such a dramatic increase in price.  But, such is the power of an easily lost accessory.  Truthfully, though, Lift Tickets can be hard to find in mint condition, too.  The face paint wears easily and the green plastic on the arms is very prone to discoloration and cracking.  But, no one cares.  A mint Lift Ticket is about the same price as a non mint version.  The only thing that makes the figure desirable at all is the microphone.  Honestly, if the Tomahawk (and, by extension, Lift Ticket) hadn't been so important in my childhood collection, I doubt I would have ever been willing to pay for just the mic.  There are much better figures to pilot the Tomahawk.  But, Lift Ticket is the one that I had available to me in 1986 and he holds a place in my collection for that reason alone. 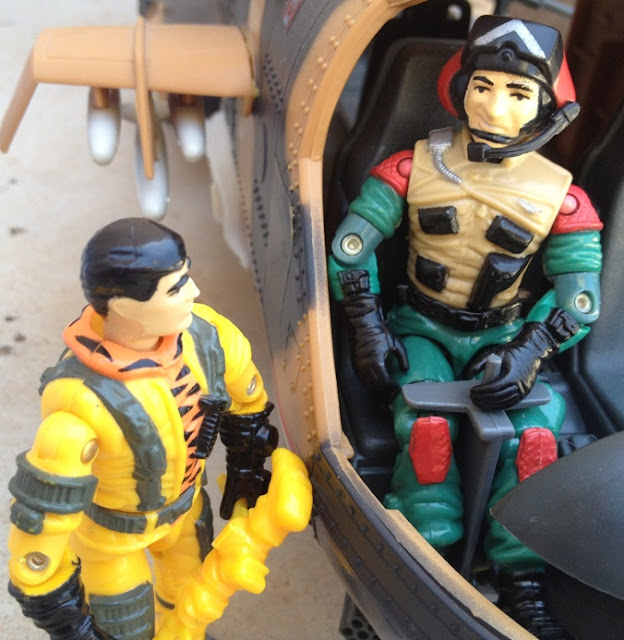 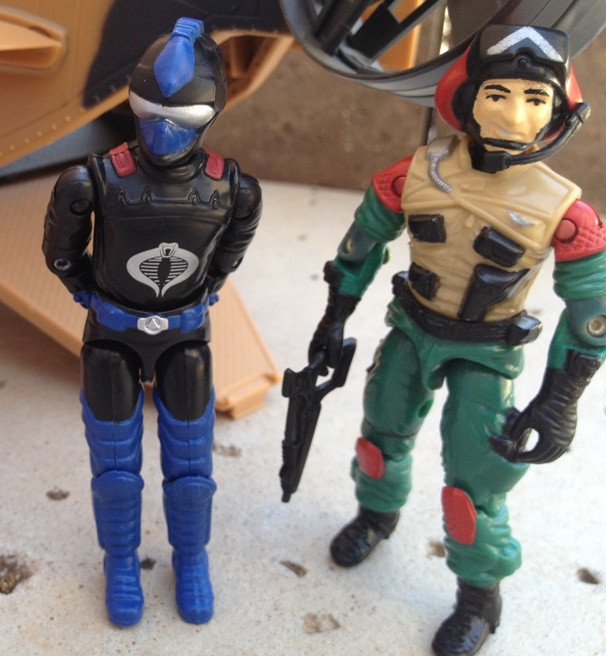 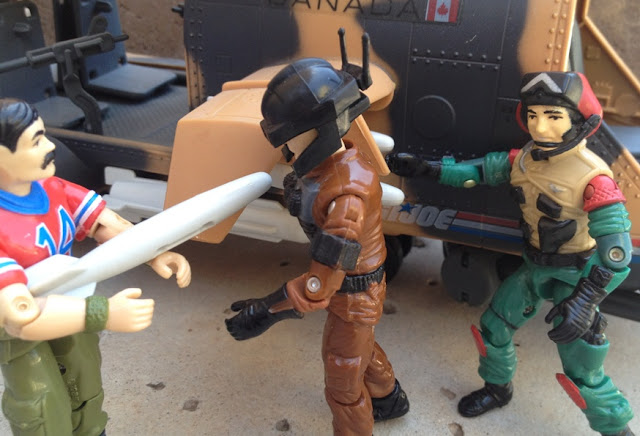 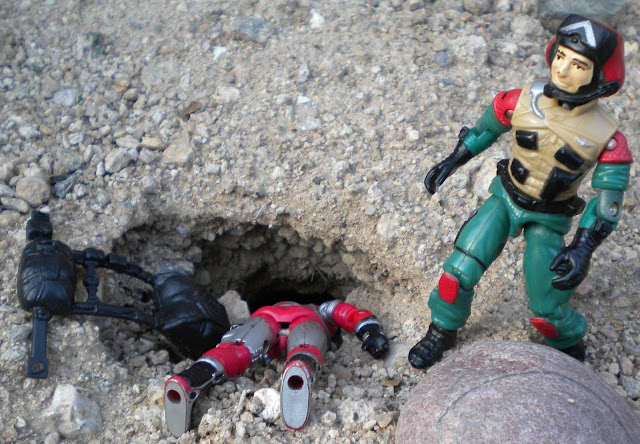