While there are many unproduced Joes in the modern line, very few of them can be traced back to original Hasbro documentation proving their intended existence. Probably less than 10% of the total number of unproduced figures that have surfaced since 2002 have published origins. This isn't to say that they are the best of the unproduced figures, but they are the ones that, long term, will have the most publicity. They have the paper trail that will put them in a different category for many future collectors. In the meantime, though, we are given a chance to enjoy some figures that were never released. In the case of this unproduced Hiss Driver, that is a very good thing.

Prior to my acquisition of this figure, I was prepared to down play its significance. I was going to say that collectors really didn't miss out on much by not having this figure released. I've never liked the Hiss Driver figure and didn't think that a simple color change was going to sway my opinion. As it turns out, though, I was flat out wrong. What a difference the coloring makes for this mold! The dark blue base is just so striking that it completely eradicates all my distaste for the Hiss Driver mold and suddenly makes this figure somewhat significant in my collection.   To be fair, it is unclear if Hasbro intended this figure to be an army building Hiss Driver or if they intended it to be another version of Rip It. As the Sky Patrol set already included one other army builder (the Alley Viper,) I think this figure was going to be a nameless, faceless army builder. It would have made the set more popular among collectors. As such, in my collection, this figure will be the simple Hiss Driver.

If you look through the photos I've published over the last 7 years, you will often see Hiss Tanks among my Cobras. However, you will rarely see Hiss Drivers at the helm of those tanks. Instead, that specialty is handled by Track Vipers. This isn't because I don't have any Hiss Drivers in my collection: quite the contrary. It is simply a function of the fact that I have never liked the Hiss Driver mold. Ever since I got my first one in 1983, I have felt that the Hiss Driver in no way lived up to the quality of the vehicle which he was supposed to drive. When I acquired several mail away hooded Cobra Commanders in 1984, those figures became my de facto Cobra vehicle drivers. They drove the Hiss Tanks, manned the Asps and flew the Fangs. I liked the Cobra blue far better than the bright red. (In fact, I still maintain that had the Hiss Driver first been released in 1993 instead of 1983, he would be reviled by collectors today.) This lead to Hiss Drivers simply being ignored. As I got older, nothing changed. Though I could not, in good conscience, use hooded Cobra Commanders as Hiss Drivers as an adult collector, enough time had progressed that Track Vipers were readily available. So, the bright red Hiss Driver never had a real role in my collection.

The release of Rip It did little to change that. When that figure was first released, many collectors simply planned to buy many Hiss III's and use Rip It as a new Hiss Driver. In fact, I planned the same. But, when I bought my first Hiss III in early 2001, I found that I was not that enthralled with the tank or the figure. The blue had too much of a purplish tint to it. On some figures, this works, but it did not on Rip It. So, I did not buy any more Hiss Tanks and my lone Rip It went into a drawer and has not emerged since 2001. As you can see, this didn't offer me much hope that I would have any other feelings toward the Wal Mart Hiss Driver. But, that is not the case. The deep blue which comprises his main body is a nice fit with the sea of standard Cobra blue Infantry and Viper figures. The silver goggles and black face mask blend better with the rest of the body and really meld nicely with the overall look. The red chestplate is dark and muted and offsets the dark blue base. It also allows the white Cobra logo on the chest to really pop.

The unproduced Sky Patrol figures were shown by Hasbro at a toy convention in early 2003. The figures shown were early hand painted test shots. As such, the Hiss Driver shown was actually a V1 Hiss Driver that was painted. So, it had the wrong waist. The other distinguishing difference is that the original figure had a gold chest plate and no Cobra logo. Now, it's likely that the lack of Cobra logo had to do with the fact that the figure was hand painted and that is a detail that was probably beyond the scope needed for Hasbro to showcase the figures. The gold chest plate is a definite downgrade from the red chest on the production figure. It's likely that the change was made early on. But, it is a subtle difference between the original, showcased prototype and the actual production item.

Truth be told, even if it would totally diminish the collectible value of this figure, I would love to see it actually see retail release. The figure is simply the best version of the Hiss Driver ever produced and it is a shame that more collectors don't have access to them. It is even more a shame that it is simply not feasible to acquire enough of these figures to have them be the backbone of any Hiss Driver contingent. The figure is that good. The Hiss Driver mold has only been used by Hasbro. It appeared in 1983 and was then used for many years as a mail in in the US. The bulk of the mold then appeared in early 2001 as Rip It. It's hard to remember that this Wal Mart Hiss Driver would have been so close on the heels of Rip It. But, Rip It was the last time the mold was used for a released product. (It should be noted that Rip It featured a different waist from the original Hiss Driver and the Wal Mart figure is actually the Rip It mold.) Since the appearance of these Wal Mart Hiss Drivers, no one has used the Hiss Driver mold. It is pretty much a given that this mold is available to Hasbro right now and they could easily produce either this figure or one very similar to it at any point. But, with the number of ARAH style Joe releases dwindling all the time, it is unlikely that they will go back and revisit this character as the Hiss Driver isn't, at least at this time, a heavily clamoured for character.

For the 2007 G.I. Joe convention, Master Collector dusted off the Hiss Driver mold and offered collectors a well done repaint of Rip It. This figure is significant, though, since it is almost a mirror image of this unproduced Hiss Driver. The black and blue colors are reversed and this new Rip It makes for a perfect commander for a cadre of these Hiss Tank drivers. (This Rip It also featured the return of the original Hiss Driver waist piece.) Unfortunately, this Rip It sold out rather quickly and is pricey on the aftermarket. These days, you'll pay about as much for a Rip It as you will for one of these Hiss Drivers. But, while they might be expensive, they make for one of the best blends of color for a commander and his troops in the history of the line.

The 6 unproduced Wal Mart figures (Low-Light, Duke, Snake Eyes, Alley Viper, Storm Shadow and Hiss Driver) were going to be part of a Sky Patrol like subset. They would have been sold in 2 packs and included working parachutes for each figure. However, the parachutes failed safety tests and could not go to market. Instead, Wal Mart received an exclusive 6 figure wave that featured new sculpt urban Cobras and desert Joes. That wave, though, sold very well and was gone in a matter of weeks. As such, it has always seemed odd to me that rumours persist that Wal Mart was the retail giant who gave up on the Joe line. The timing would have made it occur less than 18 months after the release of these successful exclusives. As such, I still think there is a lot more to the story than we will ever know. But, the result is that these Sky Patrol figures were never produced.

In late 2003, though, test shots of the figures appeared in Asia. They went for ridiculous prices. But, at the time, they were the first unproduced figures we had seen and no one had any idea of how many had been produced. As such, the prices made sense for the time based on the market conditions and what information about the figures that was available. In time, though, the supply got more continuous and prices fell. For a time, you could get pretty much all of the Wal Mart figures for under $15. But, those days are now gone and collectors who did not take advantage are now left with fewer options when searching out these figures. That's not to say the figures are not out and can not be acquired. But, they are a bit harder to find and you will pay a premium price for them.

If you want a Wal Mart Hiss Driver, they are out there. For a long time, this was among the most expensive of the unproduced figures, but he was available for almost a full year. As such, many collectors have him in their collection which is why this is one of the few unproduced figures that is still available for decent prices on the second hand market. With shipping from Asia, you should be able to get this figure for under $40. Considering the figure's quality, its rarity and the fact that this is a legit unproduced item that has Hasbro documentation to back it, that's probably a bargain. Long term, figures like this simply won't stay affordable. We've already seen some of the rarest and most desirable unproduced figures become very pricey. In time, others will follow. Were I to venture a guess as to the most probable figures who will become expensive in the future, this Hiss Driver has all the qualities. As such, if you can get one now, do it. Even if he costs a bit more than you tend to pay for figures, he is well worth it. 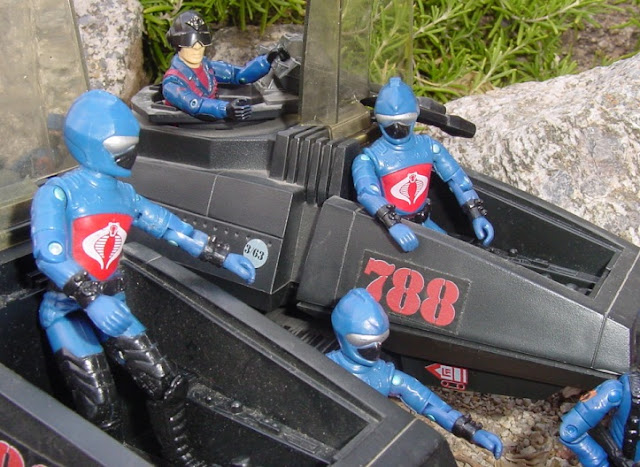 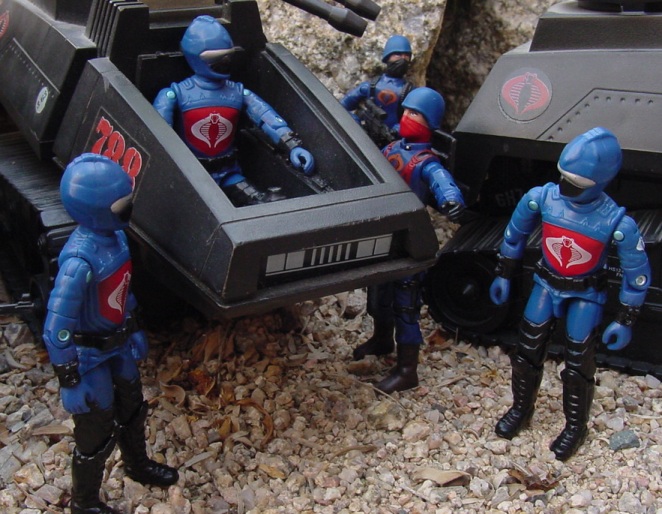 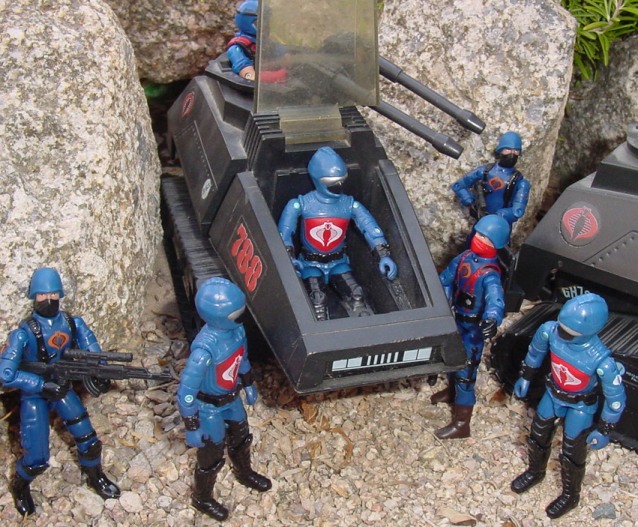 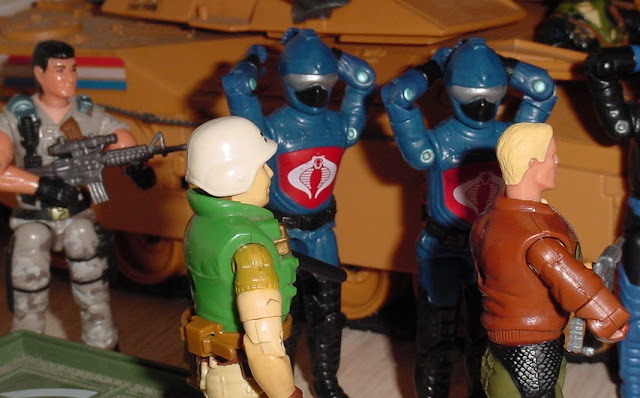 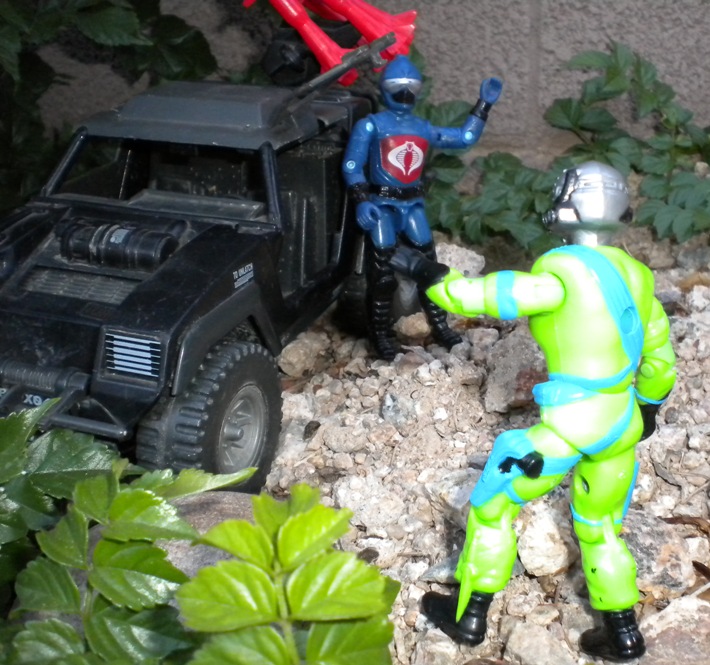