What happens when you take a mold that is completely played out and repackage it into a release with just 2 paint masks?  In the case of Firefly, the result can be something that is quite cool, but also quite overlooked.  (Though, a limited production run plays into that, too.)  In 2003, there were no vintage molds collectors were more sick of than Mirage, Big Ben and Firefly.  Mirage and Big Ben made sense as they weren't characters who were highly regarded to begin with.  But, Firefly was sacrilege.  In 1998, no would have believed that within 5 years collectors would never want to see another Firefly again.  Yet, by 2005, they would get 3 more of the figure.  This version of Firefly was created to tie into the new faction introduced in the 2003 Convention Set: Black Dragon.  It was a remote tie at best, but did produce a decent figure.

This version of Firefly was sold as the first attendee exclusive figure pack at the 2003 G.I. Joe convention.  It included 2 Firefly figures: this version and an oddly painted version called the Cobra Island Infiltrate Firefly.  The Infiltrate Firefly uses the same black base as this figure, but features a brightly colored cammo pattern that uses green, yellow and orange.  I'm not sure this look would help him infiltrate Cobra Island, but it is a different color scheme for the character.  Collectors were shocked at the appearance of this set at the convention since they had no prior knowledge of it.  Reaction was largely mixed.  Collectors liked the idea of attendee figure sets, didn't like the price and weren't thrilled to see 2 Firefly repaints at a time when the mold had really been overdone.  As such, the set faded into relative obscurity.  Not too many people actually owned the sets and anyone wanting to use Firefly in a dio or photo was more likely to use the vintage or other, more available modern repaint than these convention figures.  The result is you don't see these figures used very often and many collectors don't really pay attention to their existence.

Oddly, the combination of black and silver was not a look that was utilized during the vintage Joe line outside of Snake Eyes.  It is likely the fact that Snake Eyes was so popular and Hasbro didn't want to infringe upon him that no vintage Cobras saw this color scheme.  It is unfortunate as it is a solid look.  But, it is also good because it left figures in this design to be done at some point in the future.  Unfortunately, Hasbro did not take advantage beyond the Urban Assault Alley Viper.  Master Collector produced this Firefly and the modern bootleggers have produced Cobra Troopers in the colors.  But, that's about it.  The one bright companion for this figure, though, is the Funskool Street Hawk figure.  The version using TARGAT's head is a dead match for this Firefly and is a nice companion character.  (Especially if you have the version with Spearhead's chest.)

For me, this is the value of Black Dragon Firefly.  He is Firefly at his freelance best.  Sure, there is still some affiliation with Cobra.  But, this is Firefly as he goes out and finds jobs from other sources that keep his bank accounts flush with ill-gotten cash.  It's a small use, but this is a different enough look for the character that he warrants some inclusion in a collection.  The black and silver works as Firefly's night operations uniform and you can see this being his chosen style when he's out blowing up a bank in the middle of the night.  But, really, the figure is more of a display piece than anything.  Firefly's grey, urban cammo is his signature look.  So, an alternate uniform like this one is fun to have around, but rarely sees any use as the character.

While the black and silver color scheme is visually appealing, the reality is that this figure has a fairly basic paint scheme: especially for a convention figure.  Typically, the higher price of convention figures is justified with generous paint masks.  Not so with this figure.  Firefly has just 4 colors: the black body, flesh tone, the silver highlights and the red Cobra sigil.  Later Firefly figures really used paint applications to showcase the detail of the mold.  And, for this figure, the minimal silver still accomplishes this.  The grenades, belt buckle, knife, pistol and boots are enough to bring out the highlights of the mold.  The figure is accessorized with all of Firefly's original gear: sub machine gun, walkie talkie, backpack and cover.  He also includes the requisite convention clear stand.  Firefly is a figure whose gear is iconic, so he needed to have his original accessories.  But, since all the Firefly figures except for the Gift Pack version from 2002 have included repaints of the vintage accoutrements, it makes their inclusion here less special.


The Firefly mold saw few uses...in the vintage line.  Hasbro produced the figure for the US, Europe and Japan.  At some point in the mid '90's, the mold was sent to India.  There, Funskool removed the US copywrite information and released the figure in color schemes nearly identical to the American figure for a few years.  In 1998, Hasbro reacquired the mold and released the Polar Assault Firefly.  After that, Hasbro got Firefly crazy with repaints of the mold released in 2000, 2002, 2003 (for the convention and as Wreckage in the Tiger Force set), 2004 and twice in 2005.  There really isn't a Cobra standard color scheme in which the figure does not exist.  All these repaints in such a short time really dampened collector interest in the mold and likely have sated all demand that exists for any other repaints.

This Firefly is hard to find.  Master Collector claimed to have only made 500 of these sets.  (However, some collectors reported finding cases with a count of 375 pieces.  I'm no actuary, but I don't know of any way that 375 evenly goes into 500.)  They sold out at the convention, though not until the final day.  For years, though, this set saw little movement on the secondary market.  Even as the attendee items from 2007, 2008 and 2009 reached ludicrous pricing heights, this set stayed calm.  Now, though, the price has come up.  You only see a few sets of these sold each year.  The price for a set runs from $100 to $140 depending upon how long it's been since the last one sold.  Individually, the Black Dragon Firefly seems to be more popular than the Infiltrate figure.  But, so few are sold separately that it's difficult to accurately gauge prices.  Regardless, if you don't have this figure and want one, it's going to take some time to find one and some money to acquire it when you do. For the price, it's an OK figure.  But, honestly, the 2004 Urban Assault and 2005 Comic Pack figures are far superior to this version and can be had at about 1/10th the price. 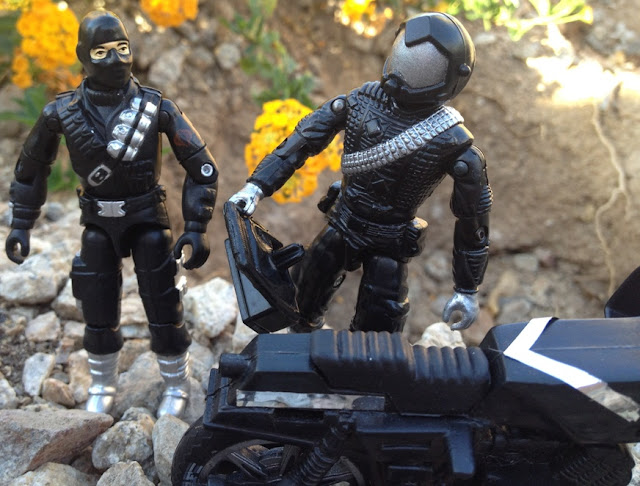 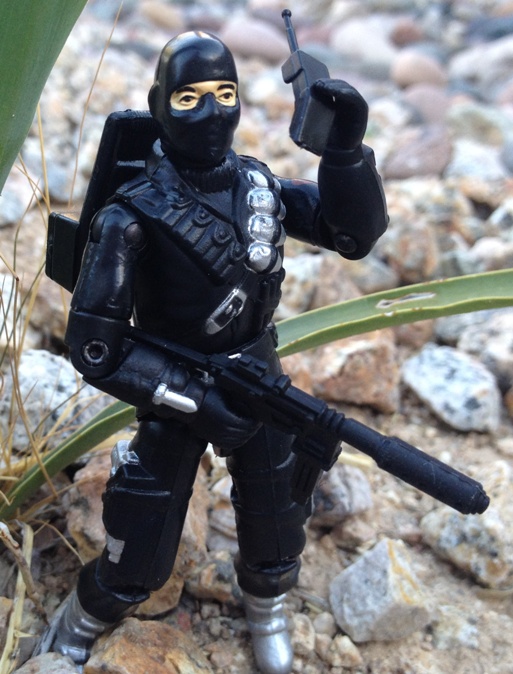 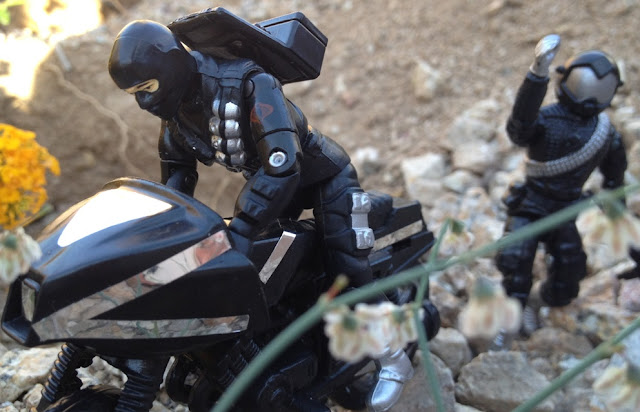 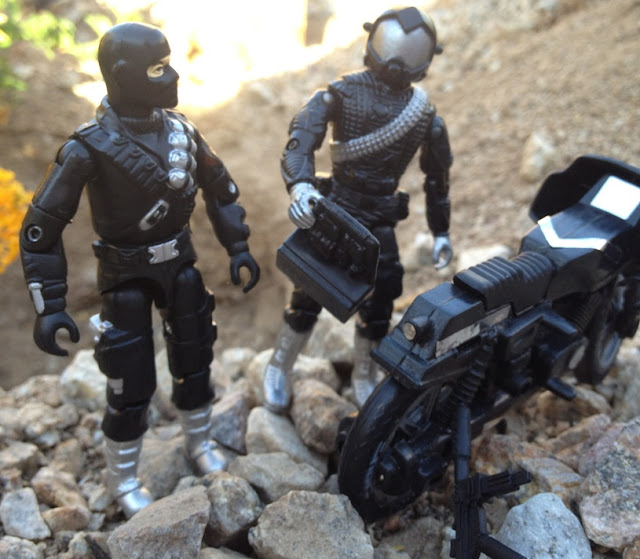