Spirit is one of the most iconic looking Joes. He features a nearly cliched appearance that is memorable in many ways. The character was strong in both the comic and the cartoon and Spirit has many fans to this day. Sure, along with Supercop, Tollbooth and Shipwreck, Spirit makes for a great action figure rendition of the Village People. But, it his definitive look that also makes for a figure that most collectors feel is the iconic uniform for a must-have, classic character.

In 1984, my brother was the one who acquired Spirit. However, I quickly convinced him that the figure sucked and he pretty much gave it to me. I then promptly used the figure to death. After reading G.I. Joe #31 in the fall of 1984, I was a Spirit fan. I teamed him with Airborne much like the comic. Only, their main nemesis was Storm Shadow. (Like the cartoon.) I even went so far as to make a quiver for Spirit. It was made of red cloth with gold thread. In it he carried toothpick "arrows" that were used to combat Storm Shadow's bow. This was my primary adventure through the end of 1984. Unfortunately, once the 1985 figures began to appear, Spirit dropped from use. By that time, my figure was worn and damaged and, unlike many other figures from 1984, Spirit was never upgraded in subsequent, childhood years.

These days, this version of Spirit doesn't get much use in my collection. The golden wrists are so fragile that I don't dare use my mint version for anything. I have another figure whose gold is worn, but even he doesn't see too much action. For my money, the best coloring of the V1 Spirit mold is the European exclusive figure in black and red. While this original version is still well done, it just doesn't have the usefulness of the later Spirit mold figures. So, if you see the Spirit character appear in my Joe world, it is often either the 1992 or 1993 mold. But, as a display piece, nothing beats a high quality, fully accessorized version of the original Spirit figure. And, that's about the extent of my use of the figure today.

These days, my collection is all about figures from before 1986. While the 25th Anniversary has been a milestone in terms of new figures for many younger collectors, I have found that the anniversary actually increased my awareness of the line's first few years. From 1982 through 1985, the Joe line underwent a metamorphosis that saw it grow from a barely distinguishable lineup of green army men to a full fledged toy line that included the most ambitious figure designs and vehicles of the day. When you compare what Joe was in 1985 to other toy lines of the time, it was miles ahead of any competition. But, the sculptors and creators of the line didn't rest on their laurels. In the years after '85, the line continued to mature and grow in unprecedented ways. To me, this was the essence of the recently passed anniversary. It wasn't about buying new toys at retail. It was about celebrating a legacy of a toy line.

As such, my focus has gone more and more to figures from these first years. I started collecting Joe in 1982 and really didn't slow down until half way through 1987. Most of my fondest childhood memories from those years are centered around Joe. My friends and I played with our toys, we talked about the comics at school and whenever my parents went to a store, I spent the time on the toy aisle browsing the great selection of Joe offerings. That's not to say that Joe is my only memory from back then. But, the figures from these early are nice visual reminders of that time. To me, toys from this era are a connection back to my youth. While I would never want to live in the '80's again, it is nice to remember times when I wasn't so concerned with paying a mortgage, establishing compliance with SOX regulations or saving for retirement. In the end, that is probably why I still collect these things after all these years.

Spirit's value to Joe was largely as a character. He was a player in both the comic and cartoon. His look lended itself to visual media, but Larry Hama was able to make him a useful character as well. His stoic mysticism was useful in the comic as foreboding, but he was also useful in his intended capacity as a tracker. As such, Spirit retained relevance in the comic for much longer than many of his contemporaries even though his figures were long gone from retail. His relevance as a character carried into the modern line when collector outcry over Dart lead to Spirit making an appearance in the DTC line. Now, the character is also slated to appear in a 25th anniversary style homage figure that should appear at retail later this year. While Spirit is certainly not on par with Snake Eyes or Storm Shadow in terms of popularity, he is firmly in the second tier and remains a character that modern collectors do enjoy.

Spirit is well accessorized with unique weapons that befit his character. He includes a large dart rifle, a pack that features additional ammo molded onto it, a traditional loincloth waistband and the often broken eagle: Freedom. As a set, these accessories perfectly mesh to give the figure a life that the mold itself simply does not inspire. An incomplete Spirit figure simply can't stand up to a complete sample and no amount of alternate accessories are able to surpass those that were included with the figure. 1984 was really the first year where accessories became as much a part of the character as the figure itself and Spirit is one of the most relevant examples of this occurring.

The Spirit mold is well traveled. After the figure was released in the US, it was sent down to South America where it was released in both Mexico and Brazil. In 1989, Estrela produced the Slaughters Marauders series for the US. Spirit was included with this subset and released again in the US, even though the mold was still in Brazil. Sometime around 1990 or 1991, though, Hasbro re-acquired both the Spirit and Mutt molds from Brazil. They then used them to produce European exclusive versions of both those characters. After that, the trail runs cold and no trace of the mold has appeared in well over 15 years. As its last appearance was with Hasbro, though, it is possible that Hasbro still has access to it. Personally, I think a high quality V1 Spirit repaint would make for a great figure. The mold has a lot of potential for different colorings that would make a memorable release.

I'm just going to come out and say it. A mint, I mean truly mint, Spirit figure is one of the rarest figures in the entire line. He's harder to find than a mint Storm Shadow, a mint Mickey Mouse Cobra Commander or a mint Snake Eyes. He's not quite as rare as a mint Viper Pilot, but they are close. If you don't think so, look at your Spirit figures. The gold wrist bands almost always feature some wear. The red insignia on his arms tend to rub off very easily. And, as if that's not enough, the light blue plastic on his chest and back tends to fade and discolor. Finding a figure with perfect wrist bands, bright, vibrant blue and both, full insignias is a daunting task. And, collectors are starting to realize it. While nicely conditioned, complete Spirit figs will still top $25, truly mint figures are starting to consistently hit $70 or more. I searched for a mint version of Spirit for over 4 months. In that time, I only saw 2 that fit the bill. This was out of hundreds that I looked at. In fact, to avoid the hassles of searching through hundreds of loose figures, discerning collectors are even willing to purchase poorly conditioned MOC figures and just open them to ensure a mint specimen of this figure is in their collection.

Long term, this trend will likely continue. Collectors are coming to the point where having mint, complete figures is a higher priority than it was just a few years ago. And, as collectors tend to have less holes to fill these days, they are willing to spend a bit more for high end pieces that are hard to find. Right now, mint Spirits are under the radar a bit and you can get deals. But, you can hear the rumblings out there about how hard it is to find a genuinely mint Spirit and the high prices we're starting to see are likely just the beginning. As with Heavy Metal, it took a few high priced auctions before collectors accepted the fact that the part was going to be rare and expensive. As Spirit is a more relevant figure and character than Heavy Metal, I think we could see some higher prices for high quality figures that are sustained...even though there is probably a greater supply of Spirits than Heavy Metal mics. As such, I'd act now if you're missing this figure. It is a great addition to any collection both in terms of quality and rarity. 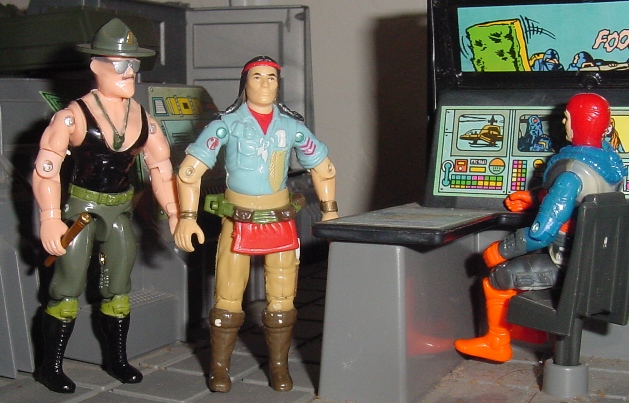 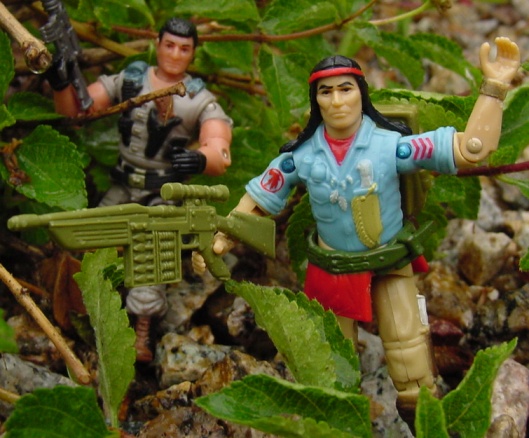 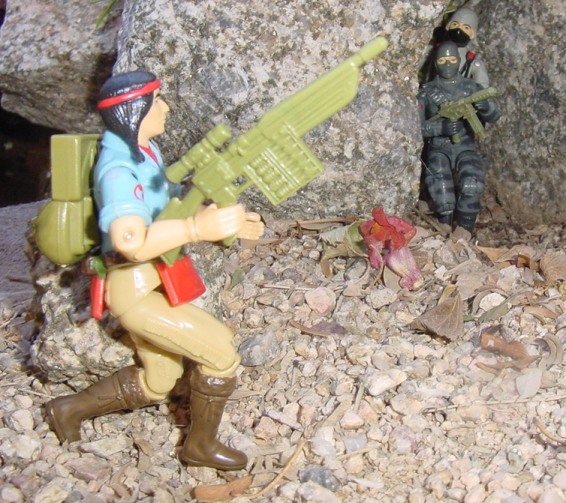 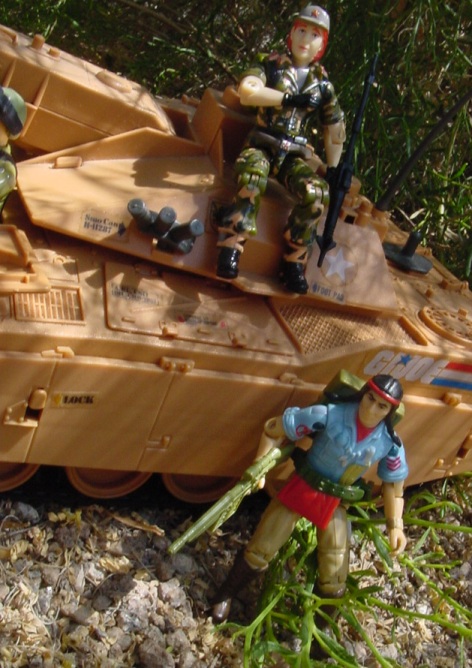 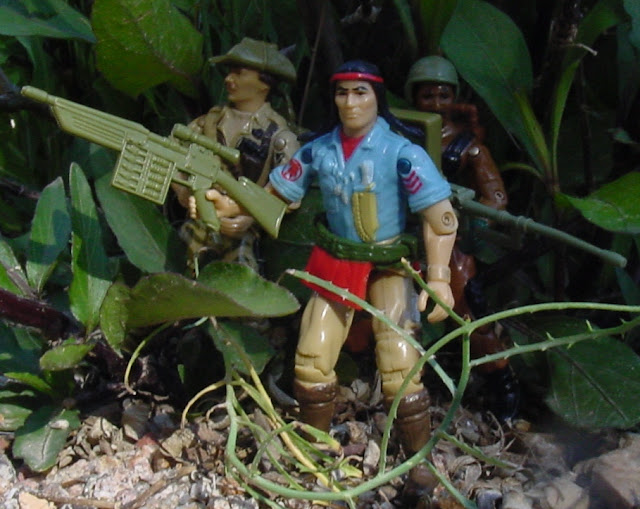