Some Joe collectors consider Leatherneck a cheap imitation of Gung-Ho. Like many '86 figures, he just seemed too eerily similar to an earlier, now discontinued at retail, character. As such, Leatherneck is often given the short shrift in the collecting world. Personally, I always felt the figure was a nice concept that wasn't quite properly executed in plastic. His uniform and overall design was intended to make him a more standard marine soldier than Gung-Ho was. In effect, they took Gung-Ho's specialty and stripped it of his personality. The result was a character that was uninspired but a figure that is decent.

Leatherneck's mold is fairly solid. He is cast in realistic military colors and sports a nifty cammo pattern. Where Leatherneck really shines, though, is in his accessories. He sports an amazing rifle/grenade launcher combo that was tops on many people's favorite weapons list. Aside from the nice mold, the weapon actually looked good with Leatherneck and added to his overall appearance. As a youngster, this weapon alone made Leatherneck worth having. Where the figure is less appealing, though, is in his torso. Instead of making this match the cammo pattern of the rest of the figure, Leatherneck's torso is solid brown. It's OK, but kind of takes away from the figure's overall appearance. I think this is one reason why this figure is never mentioned among the all time great realistic Joe molds.

My original Leatherneck figure disappeared into a black hole. Back in '86, I spent a week in the summer at my grandparent's home in South Buffalo. They had a neat front stairway made of limestone that was surrounded by gardens that was a perfect place to play with my Joes. Every day, I went out there and had some sort of fantastic adventure. When I returned home, though, my Leatherneck figure was gone. There was simply no trace of the figure or his accessories. I didn't buy another one until I returned to Buffalo to ensure the figure was not buried in the dirt or hidden in the bushes. After I was sure the figure was not still there, I went and bought a replacement Leatherneck. However, by this time, the '87 figures were coming out and my new Leatherneck was quickly replaced by the new characters who were appearing in the shelves.

As such, Leatherneck has mostly remained a nameless, faceless soldier in my collection. I just never got into his character and my own circumstances kind of relegated him to the background. Now, I rarely pull him out and he only gets any use in period designed dioramas or as expendable cannon-fodder. In re-examining this figure, though, I think that, had things gone differently way back when, I could have liked the Leatherneck figure. I don't think he would have ever been a major player in my collection, but I think he could have occupied the role now taken by Recoil. (A guy who goes on every mission and supports it rather than leads it.) For now, though, I'm able to use this figure a little more. Perhaps, in time, Leatherneck will regain a place of more prominence. I'm slowly running through most of the Joe characters who are out there. Finding guys like Leatherneck allows me to keep going a little while longer without the franchise going stale.

Leatherneck's mold was sent down to Brazil and was released there in colors nearly identical to the American figure. Whether his mold made it back to the U.S. or not is undetermined. However, just about every figure who was released contemporarily (BBQ, Croc Master, Crazylegs) has re-appeared in India in the past decade. As such, it is probably not too much of a stretch to guess that Funskool might have possession of this mold. We do know that his gun mold is still available, though, as the '02 Dusty figures included it. In the grand scheme of things, that's not too bad. I wouldn't mind a Funskool Leatherneck, but would rather that Hasbro not re-acquire this mold as I don't think there is a whole lot they could do to it that would make it more compelling.

Time was, not too long ago, that a mint, complete Leatherneck figure was going to set you back $10-$12. Now, you can get them for half that. It seems that a lot of collectors out there have finished their '82-'87 collections. As such, the regular release Joes from those years have significantly dropped in price. (However, the Cobra army builders from those years remain as hot as ever!) This has made it substantially cheaper to finish off a nice collection of these early Joes. It's also allowed a lot of people to pick up an extra figure or two that they can customize, use, or just get dirty. While some people have really lamented the rising price of Joes, those meteoric rises are really isolated. Aside from Snake Eyes, Storm Shadow, rarities and classic army builders, most Joes are actually more affordable now than they were in the recent past. This has allowed many people to expand their ideas of a Joe collection and look to different years and different characters as they take advantage of some of the cheaper prices. For me, guys like Leatherneck are part of what made Joe great. He was a good concept who filled a need but who lacked overall staying power.

I've got all the Leatherneck figures I need. However, if you have any information as to whether the '93 Leatherneck mold made it to Brazil, please email me. 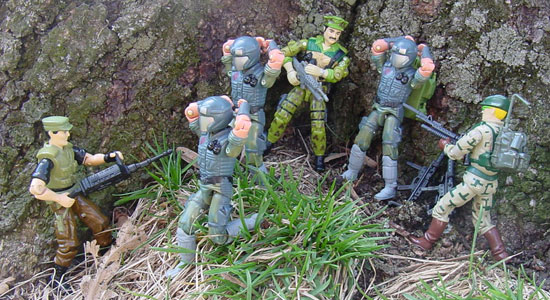 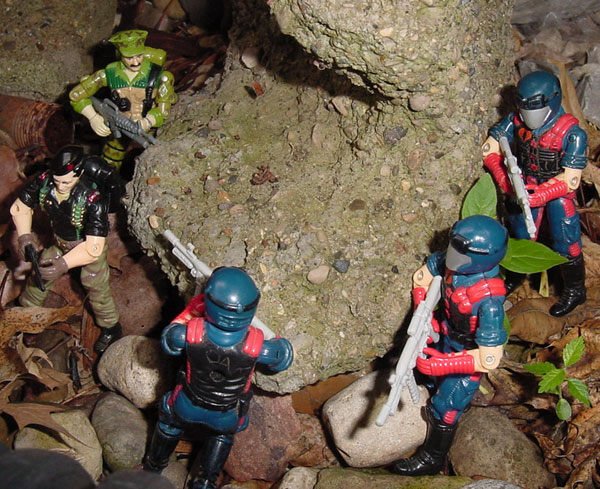 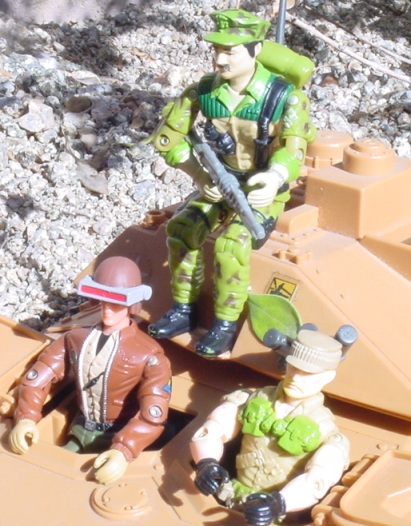 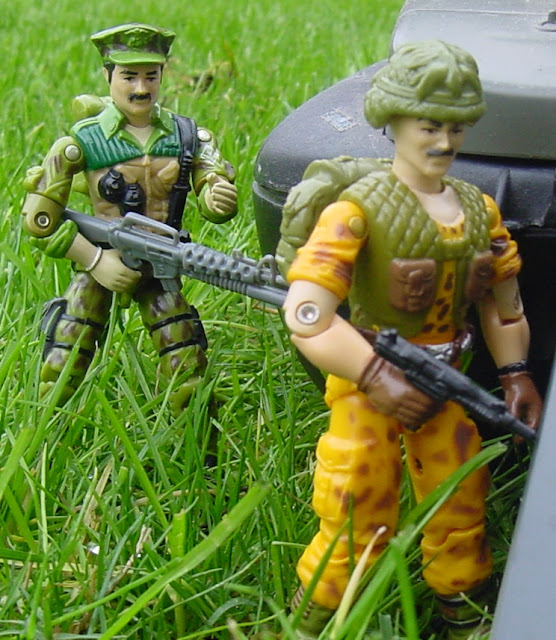 Posted by Robot_Sonic at 10:06 AM
Email ThisBlogThis!Share to TwitterShare to FacebookShare to Pinterest
Labels: 1986, Leatherneck