At the 2003 G.I. Joe Convention, Hasbro showed off samples of sets that were planned for 2004.  Among them was the highly anticipated Toys R Us exclusive Night Force set.  Below you see the hand painted figures shown at the convention.  Aside from the basic differences in colors and more muted cross patters and cammo designs, the biggest difference is the Night Force Tracker figure.  While pre production samples of this figure have come up, they have all had white pants.  (Which was the plan for the early production Night Force figures.)

Overall, these figures appear a little less busy to me and would have been slightly better than the figures we actually got at retail.  (Except for Roadblock.  He still sucks.)  The accessories are still terrible here.  But, I would have liked colors closer to this for the actual figures.  But, this is a great showcase of how Hasbro's initial intentions ultimately became slightly different retail product. 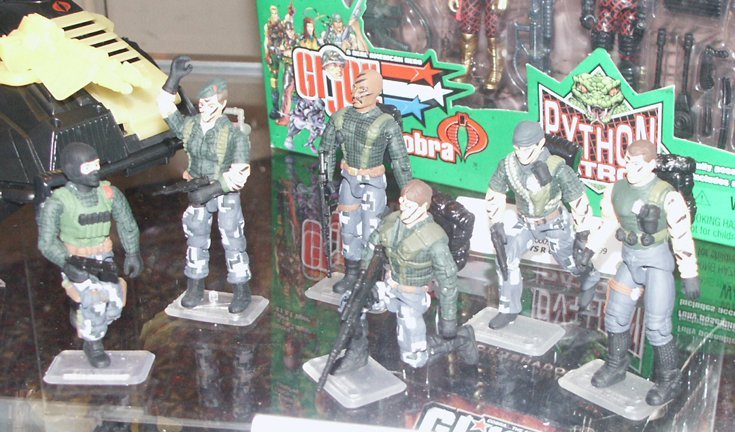 Posted by Robot_Sonic at 2:30 AM
Email ThisBlogThis!Share to TwitterShare to FacebookShare to Pinterest
Labels: 2004, Night Force, Rarities