Five years ago today, I posted two little write ups of the Decimator and Battle Rangers Flint onto some obscure webspace and called it, for lack of a better name, Mike's G.I. Joe Page. Since then, the site has grown in size, scope and purpose and has become the part of collection of which I am the most proud. Lately, though, collecting Joe has become troublesome for me. I have found that I no longer get the joy out the collecting experience that I once did. My writings have become darker and more negative and my general outlook on the collecting world has become very different from what it was just five short years ago. That isn't to say that my anger and frustrations are misplaced. This hobby suffers from incredible behind the scenes politics that often result in decisions and products that are simply ridiculous. As such, collectors have been subjected to a lot of crap in recent years and most of it has not been offset by the good we have also seen. This has lead me to a greater focus on my vintage collection in the hopes that I will find more solace there. Enough with this, though. The true purpose of this profile is to showcase one of the brightest figures ever offered in the history of the Joe line: the 1993 Cyber Viper.

The Cyber Viper is a perfect choice for my 5th anniversary figure due to his bright, neon colors and relative obscurity. The fact that he is a decent sculpt also allows me another chance to pontificate on a theme that I simply can not drive home enough. Beyond that, the figure is actually rather hard to find, especially if you want him complete. That all makes him a perfect fit for the theme of this site and really makes me wonder why I haven't examined this figure prior to now.

If you look at the Cyber Viper, you see that it actually has potential. The figure is well detailed and shows the thoughtful design that was so often wasted in 1993 and 1994. As such, this figure is an excellent candidate for re-release. However, my feeling is that the notion of the Cyber Viper should be avoided. When I look at this mold, I really see this figure as a great update to the classic Tele-Viper figure. The Cyber Viper's look is reminiscent of the Tele-Viper and, with the V1 Tele-Viper's color scheme, would look like an updated version of the classic Cobra trooper. In my opinion, this is how Hasbro should approach their ARAH Joe repaint sets. Rather than focus solely on earlier molds who were done right the first time, they should spend some time mining the wealth of molds from the end of the line that were poorly colored the first time around. In the cases where they have done this: Mirage, Swamp Viper, Barricade, the results have often been great figures that would otherwise have remained on the lines' scrap heap. I would much rather purchase figures in this vein than getting the same molds over and over again. I'm not terribly optimistic that 2005 will bring us more examples of this, but hold out hope that Hasbro will at least attempt to resurrect some molds who are in desperate need of a non-neon repaint.

The Cyber Vipers, according to their filecards, are pet projects of Dr. Mindbender. They are a mix of robotic and human parts designed to take advantage of the strengths of both sides. The notion of cyborgs is rather useless to me, but I could see highly technical troops being a key component of Dr. Mindbender's laboratory. It is in the this vein that the Cyber Viper finds the most use in my collection. They are highly trained technical troops who work on a variety of high end projects. Some may work in bio-engineering while others spend their time focused on robotics. They are a diverse bunch who are the highest ranking science officers within the Cobra hierarchy. Their bright uniforms are symbols that they are non-combatants who spend little time in military training. Those Cyber Vipers who are capable of combat, though, are the ones who do appear in the field from time to time in order to oversee some technical battlefield component. Even then, though, they are usually tucked away where they are not seen until something has gone horribly wrong.

Due to their bright colors, the Cyber Vipers aren't that useful in a collection. If you have managed to build a laboratory for Dr. Mindbender or Venomous Maximus, then you might be able to find a niche role for the figure. Other than that, though, the Cyber Viper joins other neon creations from 1993 and 1994 at the bottom of the Joe collecting barrel. It is doubtful that he will ever be able to climb out without a repaint of some sort. I though, do like the bright colors. They are visually striking and provide some breaks in the dull palette that has infected the modern ARAH Joe releases. I use them mainly as support troops for Cobra operations. They man the computer banks that keep the high tech operations of Cobra running. I use them as a more highly specialized Techno-Viper. They aren't the field mechanics. Instead, they are a more technically savvy branch of Cobra operations. Of course, this also means that they are less disposed to combat operations and I rarely use a Cyber Viper in any combat situation.

Truth be told, Cyber Vipers are kind of hard to find. They were part of the Mega Marines series that didn't see the same type of production run that the regular release figures did. As such, they are probably much rarer than other run-of-the-mill 1993 figures. That does not mean, though, that they are expensive. Even mint, complete with filecard specimens will rarely break the $12 price point. The horrid color scheme and odd specialty will forever relegate this figure to the bottom of the Joe hierarchy. He has little use in most collections and is rarely thought of as anything other than a complete oddity. As such, you don't see the figures offered for sale or trade all that often. When you do, there are rarely many collectors who compete for the figure. The Cyber Viper is just another forgotten 1993 neon army builder who, were he differently colored, could be a great figure. But, nothing will really save the original from his fate. While a neat part of a collection, the Cyber Viper is destined to an eternity of obscurity. 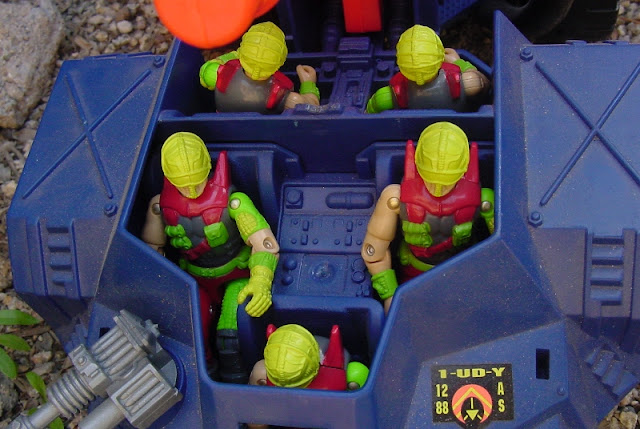 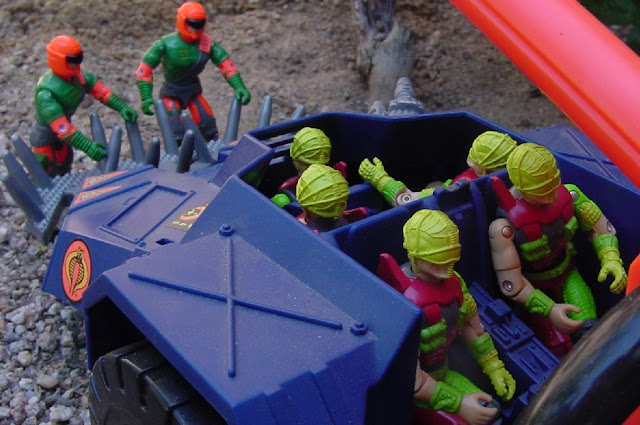 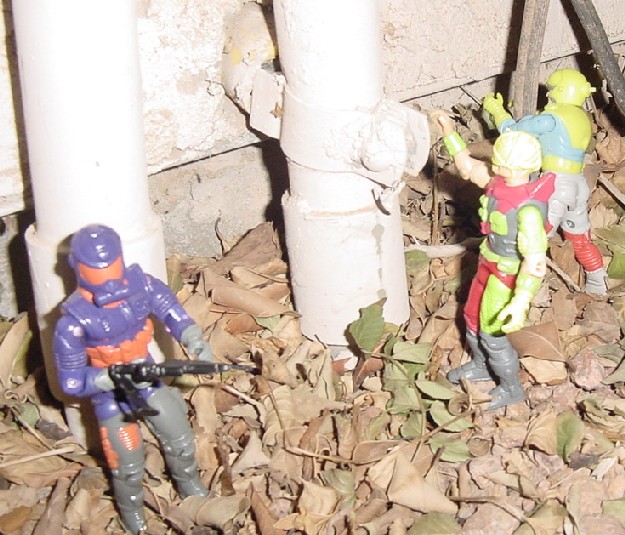 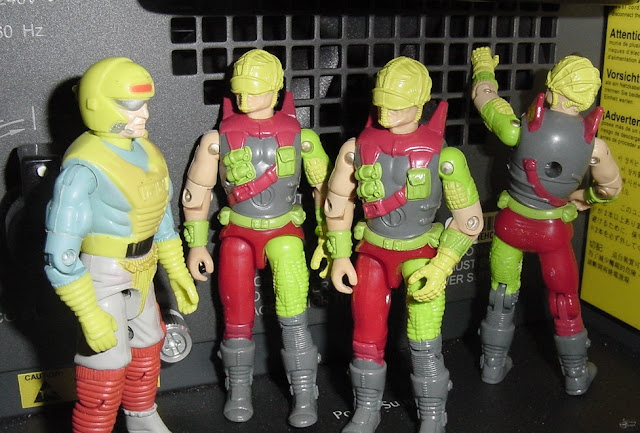