A long time ago, I profiled the 1987 Mercer figure. In that profile I mentioned how that figure was a mainstay in my collection for many years. To this day, he is more representative of the Mercer character. However, the 1991 version of Mercer is, while different, a very nice figure. His look is conducive to many uses and I have found that it is this mold's versatility that makes him worth another, closer look.

The thing I like most about this Mercer mold is that he looks like a Cobra. His uniform style and his basic color scheme make him look more like a Cobra villain promoted from the Viper ranks rather than a Joe. As such, I've often used this figure as a new, named Cobra villain. His bearded countenance gives can be construed as a villainous device and Mercer's overall look allows him to transcend the basic uses that limit most Joe figures. In that regard, Mercer also works well as a double agent. His look could be Cobra. Therefore, he is easily used a Joe spy who has infiltrated Cobra and is slowly leaking intelligence to the Joe team. In this role, I have found the greatest depth for this character. Aside from him being a spy, he also serves the larger purpose of moving my Joe world along. With Mercer in place inside Cobra, my Joe leaders feel more at ease with Cobra's operations. As my Joe leaders are much younger than those used by most other collectors (I've had people like General Hawk retire in order to make way for newer characters.) they tend to be somewhat reckless in their appraisals of a situation. While they are proud that they have a spy inside the Cobra inner sanctum, they will not consider the possibility that Cobra may have spy inside the Joe leadership cabal. I haven't decided where this plot point is going to go, yet, but my Joes have been taking a beating in recent years and I think this is going to be another object lesson for them.

This Mercer figure was released around the world. Aside from the US release, this figure was also planned for release in Brazil (though it never was actually released) and is currently available in India. The 1991 figures were only released for 1 year at retail in the US. This explains there relative scarcity when compared to other figure years. It also explains why just about every figure from 1991 has been re-released in other parts of the world over the years. Hasbro had to recoup the costs of these molds. The single year retail release in the US may not have been enough to do it. As such, most of the '91 figures were released in Asia in Asian packaging and were then shipped off to Brazil. There, many were released again. From Brazil, many of the molds made their way to India. In looking over the 40-some-odd Funskool figures currently available, you see that a lot of them (Desert Scorpion, Crimson Guard Immortal, Incinerator, Cobra Commander, Grunt, etc.) are from 1991 molds. Most of these figures, though, were released in colors very similar to the original American releases. As such, you don't see a high demand for many of the foreign versions as they aren't something too terribly different from the American figure. The world wide availability of these figures, though, has helped to keep the American figures from getting too expensive or hard to find.

A few years ago Mercer figures, along with the rest of the '91 figures, were pretty hard to find. They were cheap when you did come across them, but you had to do some searching to track them down. Now, though, it seems that these figures are out there in ample quantities. As such, it doesn't take much to track a Mercer figure down. And, if you do have trouble, it's easy just to jaunt over to an online Joe dealer and pick up a Funskool Mercer or two. Either way, the figure is one that can add needed depth to a Joe collection. He is not a major character and never will be one much beyond what has been done with him in fan fiction. That's a nice role for him, though, as it leaves the Mercer character open to interpretation and he can become just about anything in any collection. Naturally, this is one of the primary reasons I like this figure.

I'm well set for Mercer figures. I would like, though, to see the original Mercer mold return to retail. I think he could be an interesting take on an old character. Do you? 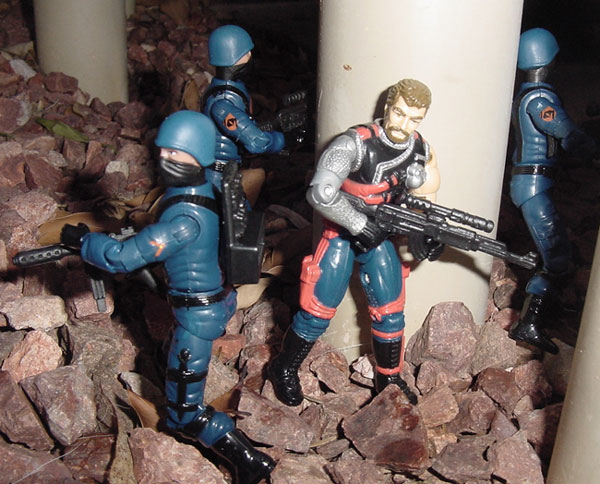 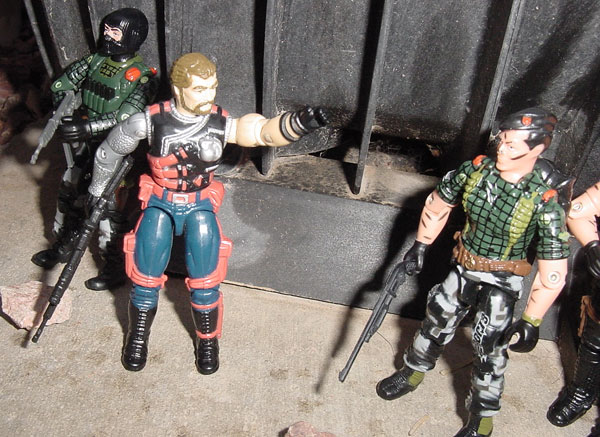 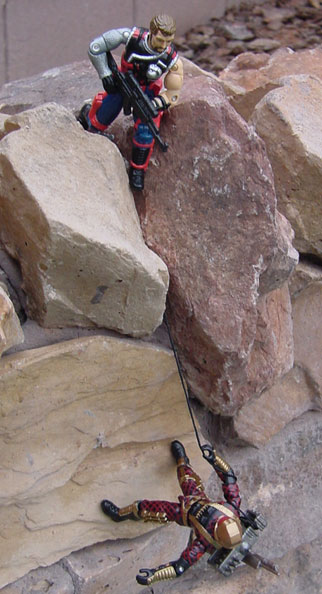