The Joe line is peppered with minor, obscure characters. Some of them were simply boring specialties and figures while others were characters or figures who seemed to be needlessly similar replacements for other, more popular characters. Such is the case with Backblast. While he is a decent figure in his own right, he forever suffers because he just seems to be a pale imitation of Zap. Beyond that, though, the figure features a solid mold, good colors, unique accessories and a blank characterization that allows for a diverse range of roles for the figure in anyone's collection.

1989 was the year where Hasbro brought back many old favorites. The Joe line was 7 years old and most of the kids who had grown up with the early Joe characters had grown up and moved on. To the new generation of kids playing with Joes, these old characters were new. Original Joes Rock and Roll, Stalker, and Snake Eyes all appeared with new molds while characters like Spirit, Mutt, Footloose and BBQ were all repainted for subsets. It has seemed to me for some time, though, that two other original Joes were slated for new molds in 1989 but were changed to new characters at some point in the design process. Both Downtown and Backblast are obvious homages to Short Fuze and Zap. Two characters who, in 1989, had not appeared in the toy line for over 6 years. Both Downtown and Backblast share more than specialties with their predecessors as their designs suggest they were heavily based upon the other characters. Perhaps this was just coincidence. Or, maybe Hasbro simply didn't want too many old characters re-appearing in the same year. But, the similarities are there.

Backblast's strong point is his accessories. His huge missile launcher is rather ridiculous looking from a realism standpoint, but is a cool piece to have as part of a display. It just looks so imposing that it fits with some of the more hyperbolic elements of the Joe line. He also includes a nicely detailed combat knife and a bright yellow bandoleer that is the one sore spot of his accessory complement. The thing about Backblast is that he looks cool when he is fully outfitted with his gear: regardless of how unrealistically heavy an actual missile launcher of that size of would be. He is a great example of how the proper accessories can accentuate even a less than stellar figure.

Backblast's mold is not terribly intricate. In fact, it is rather simple in some parts. However, what keeps the figure from being another Armadillo is that he does have some nice details that juxtapose nicely against the plainness of his basic design. His color scheme is basically black and army green. This, though, makes the little details stand out. Backblast features a knife holder molded onto his left arm. Really, it doesn't make much sense for this to be there, but it is a neat little feature: even if the knife falls out easily. He also features a scribbled notepad on his left leg. This is covered with mathematical equations designed to reflect the trigonometric nature of artillery warfare. (Though you will notice that one of the formulae on the sheet is actually the square root of a negative number. I'm not sure how imaginary numbers would fit into artillery calculations, but it is a note of interest nonetheless.) The final piece of interest on Backblast's mold is the sound mufflers molded onto his helmet. Most Joes would have gone deaf from some of the contraptions they were purported to use. As Backblast would have been launching missiles from right next to his head, it makes sense that he would have some hearing protection. It is a little detail, but one that grounds the figure in more realism.

In my collection, Backblast is a role player. As his weapons are so large and cumbersome, he is mostly relegated to bases or working out of large vehicles. He is, though, more mobile firepower for any Joe team that is within support range of a vehicle large enough to carry his equipment. In that regard, he is valuable as he can provide and anti-aircraft support for his team even if he is not physically with them. I also use Backblast as the gunner or co-pilot in a number of my tanks or heavily armoured vehicles. He looks like a tank driver and fits well with that element. As you can see, though, his roles aren't all that glamorous or high profile. Backblast is the perfect background character who looks good when supporting more prominent characters and is a great way to add some depth to any diorama.

After Backblast was discontinued in the U.S. in 1990, he was sent down to Brazil. There, between 1992 and 1993, he was released in colors similar to the American figure as Leontor. He was the least unique figure of the 4 member Forca Fera set. This was, though, the last time the Backblast arms were seen. In 1993, most of the figure was re-used for the V2 Backblast that was part of the Battle Corps series. That figure is also somewhat similar to this figure in terms of color and design. As such, there really aren't that many alternatives out there for Backblast fans. Each of his releases was similar enough that they are nearly indistinguishable.

On some levels, I wouldn't mind a return of the Backblast mold. It is decent enough. But, I would want to see it in a color scheme drastically different from the 2 previous American releases of the mold. But, at the same time, this mold really isn't all that compelling enough on its own to create an exciting repaint. As such, I think this mold would be better served as parts of a newly Frankenstiened figure. Backblast's head could easily be used to represent both Zap and Bazooka: two characters that have a much greater fan following. In that capacity, I think the return of Backblast would be much more interesting.   Backblast figures aren't too hard to find. Even with his range of accessories, it won't take you too long to track down a complete version. As it should only cost you about $6-$7, he is also affordable enough to warrant owning: even if he isn't a major player in your collection. I searched for a complete Backblast for a few years. He was always a figure that I meant to acquire, but could never just actually take the time to purchase. When I did finally get a nice sample, though, he was quickly shuffled off into the '89 drawer and forgotten until this profile. That is indicative of this figure's plight. He isn't a bad figure, but is one that no one remembers to use. There are just too many other more popular characters who are looked to when an artillery/anti-aircraft specialist is needed. 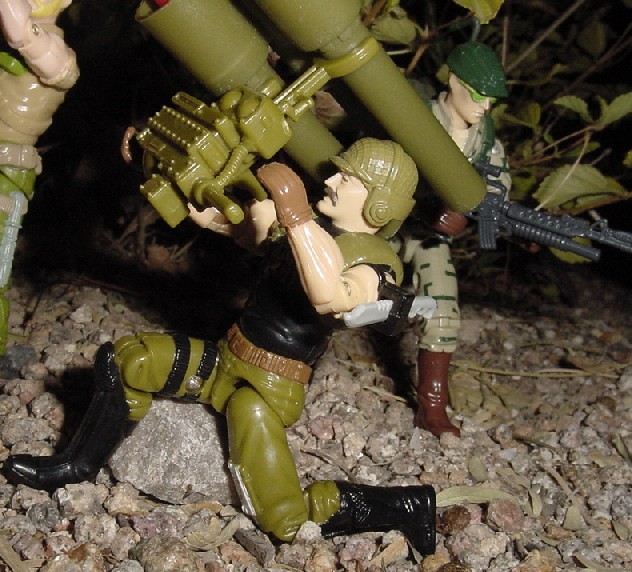 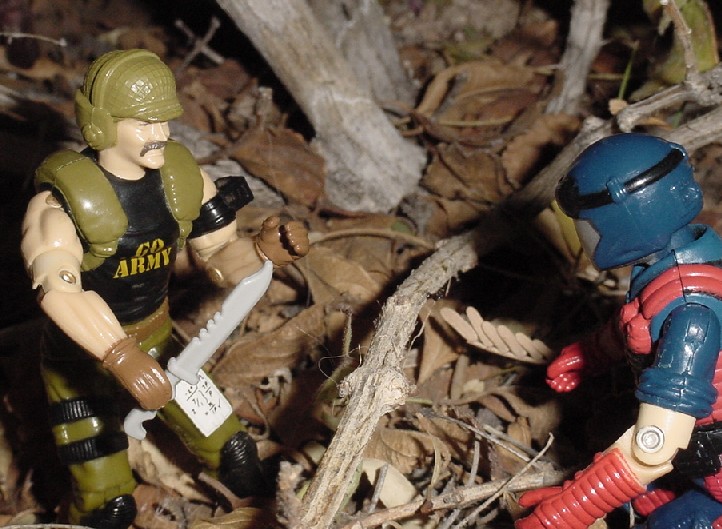 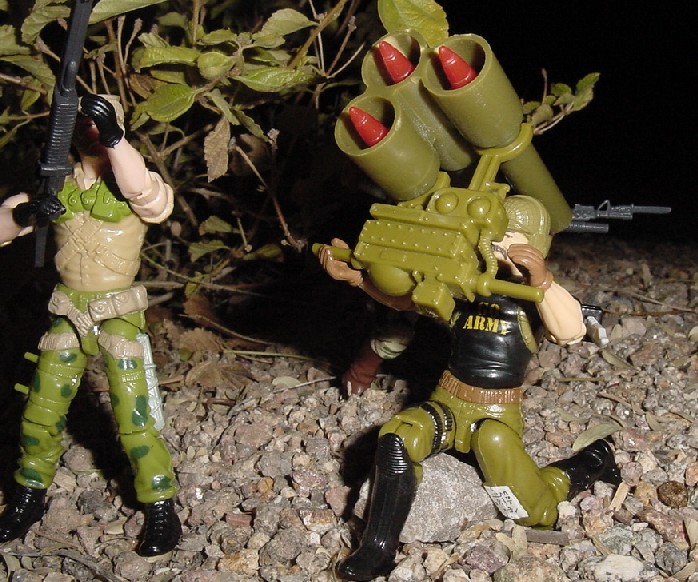 Posted by Robot_Sonic at 12:44 PM
Email ThisBlogThis!Share to TwitterShare to FacebookShare to Pinterest
Labels: 1989, Backblast