The Decimator is one of my favorite Cobra vehicle drivers. I don't think he ever appeared in the comic, and he is a relative no show in most discussions about Joe. As obscure Cobras go, this guy epitomizes their plight. He is a classic design done in a great color scheme that came with a high price point vehicle during the beginning of Joe's downturn in popularity. As such, very few collectors pay him any attention beyond checking him off of their list. However, I've found this figure to be a great addition to my collection and a figure worthy of some recognition.

This figure is just fun to have. The Tunic makes him look important, and the helmet is pretty cool as well. I use him as an officer over the minion Cobra troops. Like the Lamprey, the Decimator is just too cool to only use as a vehicle driver. I use him in all sorts of situations. The figure just looks good, either with the helmet, or without. He is one of those guys that doesn't look like much from a photo, but is very fun to own once you get him. I use him in just about every enviornment. He is the right hand man to many of my new Cobra generals. As I have retired many of the staple characters from the '80's, I've had to come up with new Cobra characters to keep the fight fresh. The Decimator serves as their underling. He often does the dirty work to keep the generals reputations untarnished. He's another figure that has earned a high spot in my collection because of what I have done with him. Once again, a little imagination can make even the most boring and mundane figure into a vital part of any collection.

For some reason, the figures wearing tunics, WORMS being the other one that comes to mind, are just appealing to me. Their uniforms make them look more important than their lot as vehicle drivers would suggest. Decimators are rarely mentioned by anyone other than the collector who just purchased a Hammerhead without one. No one seems to really care about vehicle drivers. I think this is due to their reduced exposure and lack of card art. The drivers that came with the larger vehicles, especially, are highly overlooked by collectors. While the figures from the big ticket items, like the Defiant, remain very desirable and rather pricey, many of the drivers from vehicles like this are actually harder to find. I believe that the rarest figures are always out there since they have a high price point. It's the other guys like the Decimator, Aero Viper, Steamroller, and Long Range that seem to be so hard to find since they are mostly just "commons" in the collecting community.

Decimators can be tough to find. If you look, though, you can find them in many lots. Often times, though, they will not be complete. Getting one with the helmet and gun can be a challenge. Beware, though, as these guys can get pricey if offered by themselves. In recent months, I've seen this figure out price even stalwarts like the Crimson Guard figures. It seems that complete specimens are missing from many people's collections and on the rare occasion that a complete one is made available, the price rises accordingly. I'm just glad that I go my Decimators early in my return to Joe. They remain important figures that I utilize in most of my Cobra battles. While most people may forget about him, I like this figure and have made him a vital part of my collection. With this profile, perhaps, this forgotten vehicle driver can now get some due. 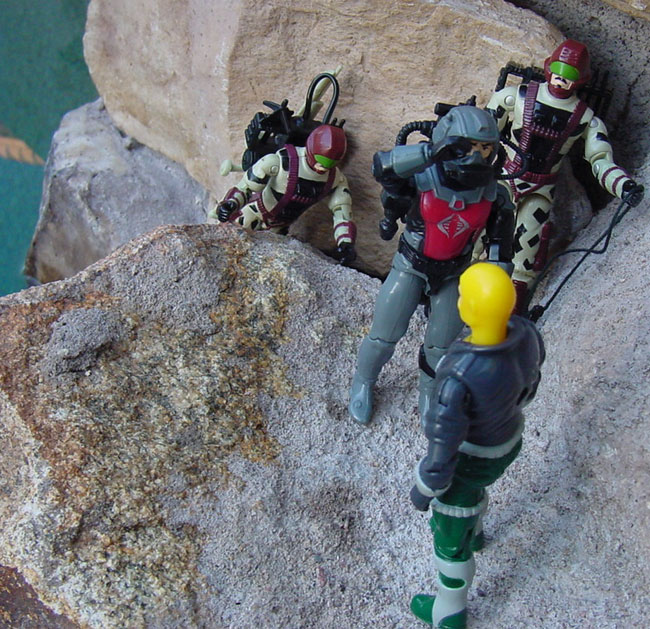