1990 remains one of my favorite Joe years. It is full of figures who feature design elements from the '80's but with accessory complements that showed the full progression of the line before it devolved into spring loaded madness. The year is a nice mix of Joes and Cobras that features major characters, high quality minor characters and some of the better army builders ever released. The year is also under appreciated by collectors as it marked the end of the collector-favored '80's and was a time by which most modern Joe collectors had left the market. This has left the year full of unheralded gems on both the Joe and Cobra side. One such example is the original version of Metal Head.

How forgotten is Metal Head? Well, he's so obscure that I forgot I originally profiled him in 2002 on my old site. The figure and character of Metal Head is just one that I don't think of whenever I pull out figures for a specific purpose. In fact, I had racked my brain for a new Cobra figure to profile when I found Metal Head in my 1990 drawer when I was in search of a few Rock Vipers. When I pulled him out, I remembered how high quality the figure actually was.

Metal Head is, basically, a walking anti-tank weapon. He carries a backpack that can launch two missiles and then carries spare missiles on his legs. Fully accessorized, the figure is a bit awkward as he almost has too much gear. As such, I tend to only use him with the pack launcher. He also includes a helmet to protect him from the missile blasts that fire so close to his head. But, I prefer the look of the figure without the helmet and use him that way without much thought as to the practicality of forgoing such protection. Metal Head is very much a figure who's look and function can be changed by adding or omitting his accessories. It is a nice touch as it allows different people to use Metal Head in very different ways.

In my collection, Metal Head is exactly as advertised. I don't use this figure as much of a Cobra leader as he is more of a lone operative. Metal Head is a highly trained individual who goes off in support of other Cobra missions or to take out a specific objective. He can be used to simply attack a convoy of Joe armor. Or, he might be called in to blow up a building or other installation that the standard Cobra Infantry simply can't crack. I see Metal Head as a free lance specialist who is only slightly above the highly trained Cobra anti-tank soldiers. He isn't a key member of any decision making factions...yet. At some point, I could see him being picked up by one of the Cobra political factions. But, at this point, Metal Head remains too much a soldier and not enough of a leader for Cobra to take notice of him and make him a part of their internal political machine.

My key memory of Metal Head was from 1991. I was watching some neighborhood kids while their parents went to the Indianapolis 500. At the time, I was not really collecting Joe figures, but was following the comic a little. However, I really had no idea who Metal Head was. While at this house, the kids and I started playing Joe. As I dug through their bins, I found a couple of figures that were pretty cool but was drawn to Metal Head because I could use his leg missile holder as a holster for his gun. For me, this was enough to make the figure a winner. We spent the day playing with the figures and the kids' beat up Imperial Shuttle from the Star Wars line. As this memory lingered, I made Metal Head one of the earliest figures I acquired when I first returned to collecting. Upon acquiring him, though, I found that my recollections of Metal Head's cool leg holster were far greater than it's actual function in that capacity. My disappointment on that point had dropped the figure from my mind. I prefer to keep him as a good memory who is only used occasionally rather than ruin my perception with the reality of the figure.

The Metal Head figure features a slight variation. He is available with either thin or thick tabs on his legs. These tabs were designed to hold his leg missile holders in place. However, the thin tabs proved too brittle and were often broken. As such, Hasbro fixed the figure and later releases (including the Funskool mold) feature the thicker tabs. Finding a thin tab figure with intact pegs can be problematic but it's still a variation that has yet to really take hold in the collecting. But, be careful when you are buying a Metal Head and ensure that both of the leg tabs, whether thick or thin, are intact.

The Metal Head mold was just used the 1 time in the US. Interestingly enough, the character's original Code Name was going to be Salvo. It was changed and Hasbro used the name on a Joe released in the same year. The character was resurrected with a new body and head mold in 1994. In 2002, Funskool dusted off the V1 mold and produced a very interesting version of Metal Head for release in India. The Funskool figure actually has more painted details than the American version. (You can see the Funskool figure in the final picture below.) In 2005, Master Collector brought back the 1994 Metal Head mold as part of their Convention Exclusive set. As Funskool has returned most of their molds to Hasbro, it is conceivable that we could see a new version of Metal Head at some point. I would welcome a repaint of the V1 figure as I think that a lot can be done with the mold that would give collectors a little different take on the Metal Head character. As we seem to be in a time of diminishing ARAH style Joe releases, I don't know how likely a return of Metal Head actually is. But, I know that I would find a decent Metal Head re-release far more interesting that that of another Cobra Commander, Baroness, Viper, Cobra Trooper, Cobra Officer or Alley Viper.

Metal Head figure's aren't too hard to find. While finding one with intact tabs or the correct leg launchers might take a little time if you are trying to do it on your own, dealers with any stocks can do it easily. Unfortunately, as the figure is fairly high quality and includes many easily lost or broken accessories, he can set you back more than $10. Currently, many of the figures from the '90's are experiencing a renaissance of sorts. Many collectors originally passed them by in favor of the '80's figures they remembered from their youth. Now that they have finished those years, though, they are starting to spend more and more time focusing on the figures from the '90's. As they do this, many collectors are discovering that lower production numbers and a high number of accessories makes some of these figures more challenging than they may have originally realized. As such, you see some price inflation on a few of these figures. In time, I think that prices on some of these figures will come down as more collectors have filled these gaps in their collections. Traditionally, regular release Cobra and Joe non-major, named characters haven't been able to sustain high price levels for long periods of time. As such, I'd be inclined to put off adding this Metal Head to your collection unless you can find one for a good deal. I know he is a nice figure and does add some depth to the Cobra ranks. But, did I not already own one, I doubt I would actively go out to purchase one now. 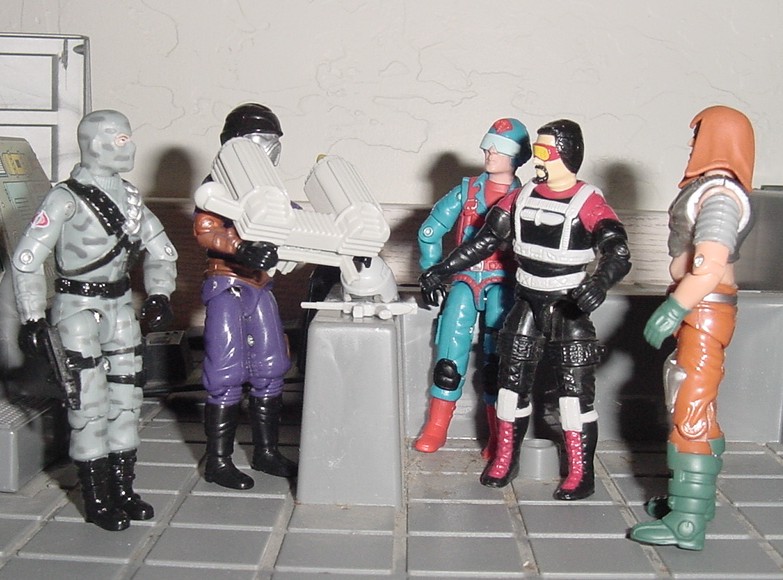 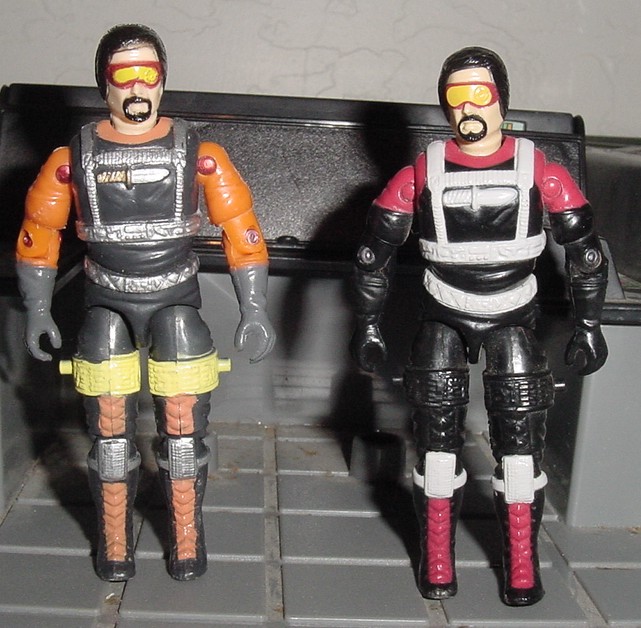 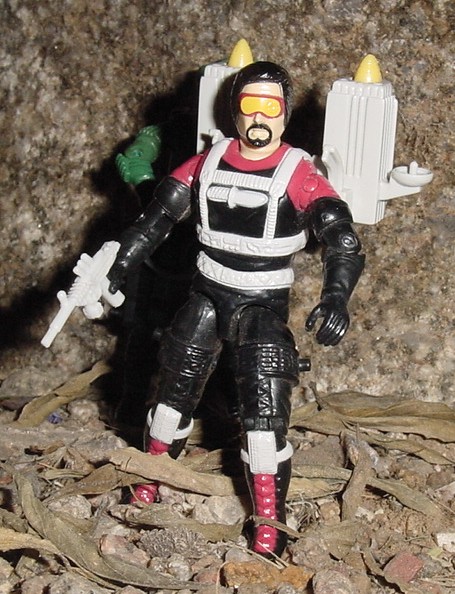 Posted by Robot_Sonic at 4:51 PM
Email ThisBlogThis!Share to TwitterShare to FacebookShare to Pinterest
Labels: 1990, Metal Head