As the Joe line progressed, Cobra slowly moved away from their traditional terrorist organization roots and morphed into a more technologically savvy foe. With this transition, though, the figure concepts slowly moved away from staid, uniform look of the original old blues and started to diversify into more defined specialties with corresponding uniforms. This metamorphoses produced a wide array of highly popular figure concepts and sculpts. But, as Hasbro took the idea to the more extreme edge of reality, the entire notion of Cobra was changed. While some of the ideas proffered forth were well thought out, others were really half-baked, even if the explanation was plausible enough for the idea to catch on among the kids of the day. In 1988 Cobra took a big step forward in the technological sense with the introduction of their own space troopers and the subject of this profile: the Toxo-Viper.

The Toxo-Viper is actually a rather chilling concept: especially in light of world events of the past several years. And, as such, the figure is worth another look. Toxo-Vipers are Cobra's hazardous materials troopers. It is implied they handle everything from toxic waste to radioactive materials to high tech nerve toxins to the trash in Cobra Commander's bathroom. It is also stated that the Toxo-Viper duty is considered the lowest of the low in the Cobra hierarchy because the suits that Cobra provided those unlucky enough to be demoted to Toxo-Viper status were made by the lowest bidder and "leaky". In some respects, this is an interesting idea. It makes the Toxo-Vipers more motivated since they don't want to stay in a unit where they will be exposed to toxic substances for very long.

In more modern times, though, I just can't see that being Cobra's stance. The notion of radioactive or germ warfare is just too great a potential threat for Cobra to waste their troops by giving them poor gear.  As such, I no longer see Toxo-Viper duty as lowly within Cobra. Instead, Toxo-Vipers are Cobra's front line scientists. They are the ones who push Cobra's nuclear technology, develop powerful new strains of virii for germ warfare and create new chemicals that are capable of incapacitating an entire geographical region. They are among the most dangerous Cobras as what they are working on could, potentially, destroy all of Cobra Island should they make just one mistake.

As such, Cobra Commander no longer allows the laboratories where Toxo-Vipers work to be placed on Cobra Island. While this gives him less direct control, it also insulates the Island against a mistake that would render all the land uninhabitable for thousands of generations. The figure gets use, though, when Cobra wants to test their new contaminants on the world. Toxo-Vipers are highly trained in the handling of volatile chemicals and they are given new, highly protective suits that save the wearer from the effects of their cargo. Often times, though, these tests are conducted in out of the way places (Usually somewhere in the midst of the Amazon jungle in Brazil. Thus, the importance of the South American operations to Cobra these days.) so it rare for the Joes to come into contact with actual Toxo-Vipers in combat situations. Once Cobra is able to reliably manufacture and sell condensed toxins, it is likely that Toxo-Vipers would become the only front line Cobra troops as they would simply appear in an area, spray it with whatever horrible creation their scientist brethren had developed and leave as the carnage unfolded. Fortunately, at this point, Cobra is not interested in leaving land unusable as Cobra's strategy is to take land for themselves. However, this isn't the goal of all of Cobra's customers and it is possible that the output of the Toxo-Vipers could one day be unleashed.

While the American version of the Toxo-Viper is the same mold, I feel that the Funskool version of the figure is actually a rare case of superior coloring on the foreign design. The Funskool figure uses a darker purple base and features a black helmet as opposed to the lighter purple of the American release. The figure's gloves are also a blood red that really jumps out. This gives the figure a more useful appearance as he isn't too bright, yet he still retains the design elements that allow for you to easily intersperse a few American Toxo-Vipers among the Funskool armies. As such, my personal Toxo-Viper army is mostly Funskool versions of the figure. Of course, the blue on the figure's chest still doesn't quite work and his backpack is bright green and that keeps this figure from being one of my most often used. But, when I need Toxo-Vipers, it is the Funskool version I seek.

The Toxo-Viper mold was released on 3 continents. After the American figure was released, the mold was sent down to Brazil where it was released as Maligno. From there, it went on to India where Funskool used it for many years producing this version. (Maligno is a much brighter shade of purple than the American figure while the Funskool version is substantially darker purple than the American version. So, you can acquire this mold in the whole spectrum of purple. If you don't like purple, well, then there isn't much to look for in this mold around the world.) Now, the mold is likely back in the hands of Hasbro. But, if I had to wager, I'd bet that the likelihood of Hasbro bringing this mold back are fairly slim. Not that it's a bad mold, its just that there are still so many other molds that Hasbro could use to fill their small slate of ARAH offerings that would be much more popular than a new Toxo-Viper. So, while I'd welcome a new Toxo-Viper version, I'm not going to anticipate one in the near future.

Funskool Toxo-Vipers are fairly easy to find. They were readily available from American dealers in the $4 price range for more than half a decade. Now, they have started to sell through, so you might see secondary market prices climb as high as $7 or $8 for a MOC specimen. The reality, though, is that thousands upon thousands of Funskool Toxo-Vipers were imported to the US over the years, so this figure is unlikely to ever become hard to find or considerably appreciate in price on the second hand market. That's a good thing, though, as late-to-the-party collectors can still affordably army build this figure and have a low cost opportunity to enjoy the superior Funskool color scheme. 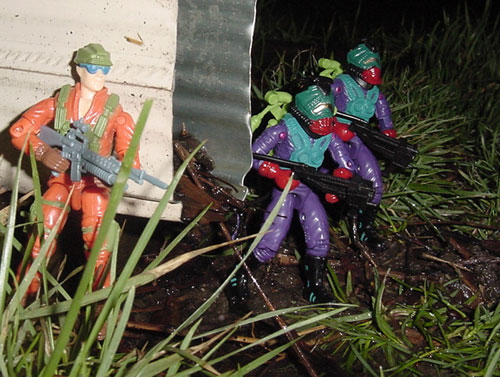 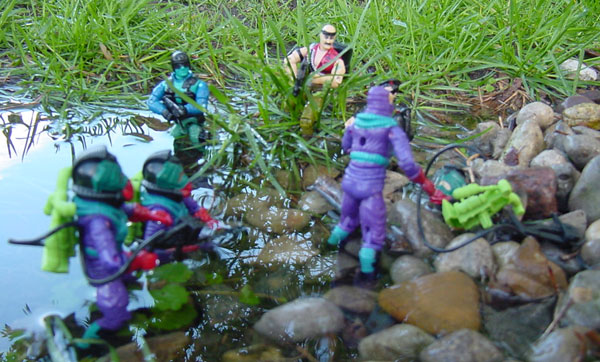 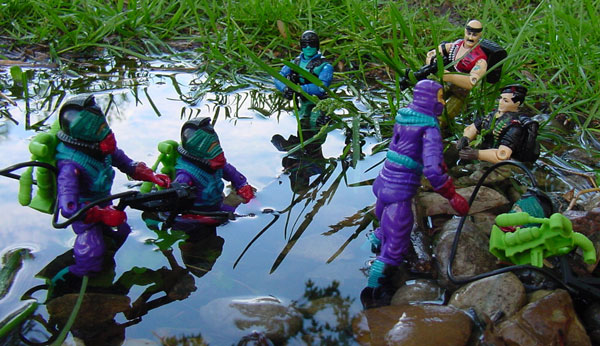 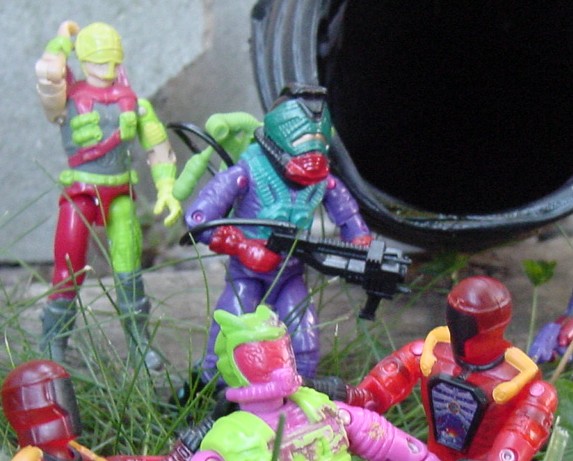