European Force has been one of my personal favorite bootleg sets of figures.  I first found them nearly 20 years ago.  In that time, little additional information has come to light.  The figures are rare and are the few samples that do show up tend to be in poor condition.  There are a few collectors out there with high quality loose and carded samples.  But, for some reason, they don't like to share their fortune and let other collectors learn about collectibles that are out there for the searching.  So, I'm left to scouring non-English speaking corners of the internet, hoping to find a photo or two of the figures that gives some additional insight in their design, quality and purpose.  I have finally tracked down a good photo of the figure that most intrigued me from my initial research into European Force: Tonnerre. 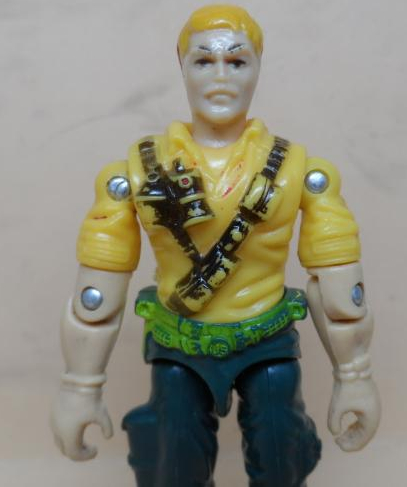 The first point of note is that he uses Footloose's head.  (Based on the small photos available at the time, I incorrectly refer to it as a Mercer head in the 2016 Rarities post that introduced this series to my site.)  Tonnerre is the only European Force figure to use this head.  But, other Footloose parts appear on other figures.  So, it's inclusion in the line makes sense.  You will note that the mustache is unpainted.  I'm not sure if this is just paint wear or if the hairlip was intentionally left flesh colored.

Tonnerre is interesting because he differs significantly from the figure on the back of the package.  There, the figure has a green shirt and dirtier blonde hair.  Knowing the oddball stuff in the line, it's entirely possible that the figure shown on the cardback exists out there somewhere as a variant.  But, the peach shirt is the only one I've seen.  (Which, admittedly, is less than 5 of them....) 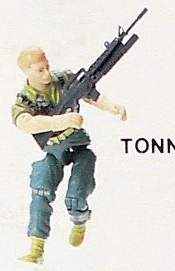 Here you can see additional photos of the figure.  Tonnerre got his chest, waist and legs from the 1986 Dialtone figure.  And, the arms are the standard arms used on all European Force figures.  Tonnerre included a black Leatherneck rifle and a Dial Tone backpack done in  the mottled green plastic that is the hallmark of the European Force accessories.  The weird orange color on his makes him stand out among all uses of the Joe molds and creates a striking figure.  He's just really tough to find...especially in good condition. 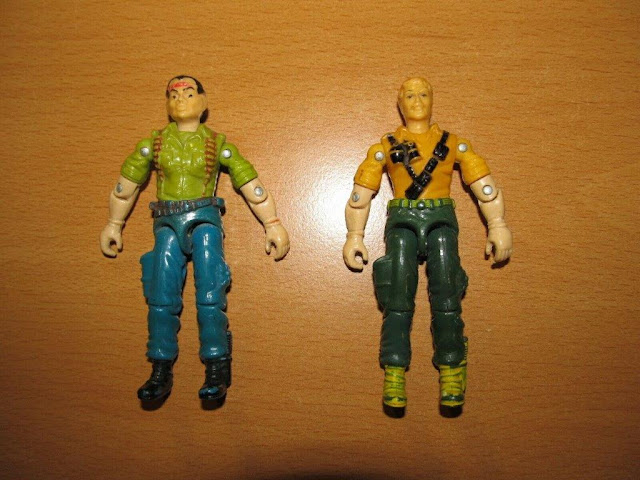 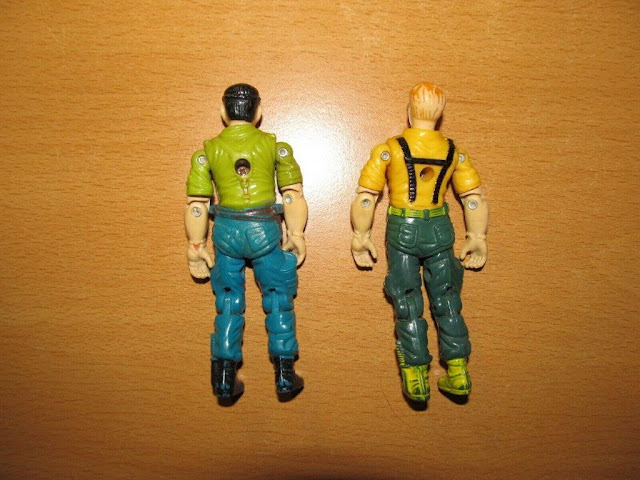