Much has been made of the exclusive figures that were offered as part of the 2002 G.I. Joe Convention package. The Crimson Strike Team really struck a nerve in the collecting community because the set was so nicely done and was collector friendly. However, for everyone that loved that set, there were two or three other fans who were angered by the fact that the price point ($210 for the boxed set and an additional $90 for a supplemental, bagged set) was beyond their budgets. Many people wondered how Hasbro could allow for something that collectors would have salivated over as a retail release ended up as a higher priced exclusive item with a very high price point. While these issues continue to be debated, a little surprise slipped by everyone. On top of the Crimson Strike Team set, Convention attendees were also given a nicely re-deco-ed version of the 1991 Dusty figure. The purpose was to throw him off the roof of the hotel as part of the convention's annual parachute drop. While few collectors paid this figure heed in the barrage of info that was the convention, I realized that Hasbro had quietly slipped collectors a little gem: the convention exclusive Paratrooper Dusty.

It's really a shame that a figure of this quality never had the opportunity to see a regular, retail release. While the 2000 version of this mold was well done and remains one of my preferred figures, the greens on this guy make him much more useful as a field trooper. As soon as I saw this paint job, I knew that a superior version of this mold had been released. In that vein, I had a problem with the figure. I didn't like the fact that a repaint of this quality: one that would have been well received as a retail release, was so limited in availability and production. One one level, I'm happy that the collecting community was given the opportunity to see more classic repaints. However, on another, I'm disappointed that I'll never be able to have 6 to 8 of these guys roaming my collection room as a squad. As such, I'm still conflicted about the convention exclusive figures. I missed out on the Crimson Strike Team and have faced the reality that they will not call my collection home for many years. However, seeing those who did get them so pleased with the outcome of the sets really reinforces the fact that collectors have a place in this new line. It may not be as exalted as we would like, but it appears that our whims and desires are heard and efforts are made to appease them. Not all will agree with the methods through which collectors are satisfied, but the fact that an effort has been made to include our wants does inspire hope in the line's long term future.

From the reviews I've seen and read about the convention exclusive Crimson Strike Team figures, it seems that they are of exceptional quality. Dusty was created in the same vein. This figure feels like the '00 version, but has tight paint masking a some detailing that was sorely lacking on that first release. The soft greens and browns meld well together and are offset by a white undershirt and a maroon cloth stuck in his shoulder strap. His legs continue the tradition of marbleized plastic, but is done here with some subtlety that almost makes you miss it. The figure is capped off by black boots. The remarkable detail about these, though, is that there are brown laces actually painted onto the figure. This little detail (that is showcased in the final picture on this page) adds greater depth to the figure and shows that the ability to paint small details on classic molds was not lost during the release period of 2000 and 2001, it was simply ignored. Aside from the details, the figure came with little in the way of accessories. Included with him were a green Jinx backpack to which a silver parachute was tied. The parachute reads "Toys R Us" and is obvious overstock from long ago. For me, these inclusions are simply packed away and my figure is outfitted with a wider variety of weapons that are more befitting his role in my collection.

In my collection, this figure joins my ranks of Joe army building type figures. The '00 Dusty, both versions of the '02 Mirage, Salvo and many other figures are used as faceless equivalents of the Cobra Viper ranks. The Mirage figures are the lower end soldiers who are closer to cannon fodder. The '00 Dusty is a higher end commando who is more highly trained and more dangerous a foe. This Dusty simply provides me a more interesting color scheme for that specialty. As such, I tend to use this figure more in the field while the '00 version stays around bases and convoys. This look is closer to what I had envisioned a soldier in this defined role looking like. So, this Dusty sees more than his fair share of outside time in any number of activities. You will notice from the photos below that there are four unique days spread over several months represented. This shows the figure's diversity and his place of prominence in my collection.

As this figure was a convention exclusive, his production numbers are probably lower than just about any other figure from the vintage line. I've heard numbers as low as 1,000 units for this figure, but think the real number is probably closer to 3,000. However, many of these guys were thrown off a roof of a hotel. As such, many suffered terrible fates as their parachutes either failed to open or became entangled with other participants in the parachute drop. Any way you look at it, this figure is one of the least produced original figures to ever be offered. Right now, loose figures with the pack and parachute can be had for about $20. Bagged figures range from the same price all the way up to double that. It just depends on the day. You would think that all that would add up to a figure with great long term value potential. However, there is one little wrinkle that I think will keep this guy near his current price point. You see, by being a convention exclusive figure, Dusty was created for the collector market. As such, most serious collectors either have this figure already, or have no desire to acquire him. As he is not considered a regular release figure, his long term popularity will suffer and I see Dusty becoming a truly forgotten member of the Joe family as we are further and further chronologically removed from the '02 convention. As such, I don't think he will ever near the price point he would have achieved were he a regular, retail release with the same production numbers. However, as we are still only a few months removed from the convention, those who have this figure but no longer want it are liquidating them now. This means that if you were unable to attend the convention, you can still get one of these guys with relative ease. In a few years, while I don't see the figure getting very pricey, I do not think this will be the case. I think this figure will become very obscure and join the ranks of Gears, V2 Techno-Viper, and the 1994 Ozone as low production, hard to find figures that really don't garner much collector interest. 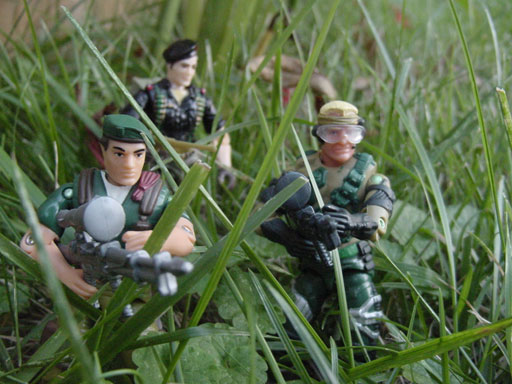 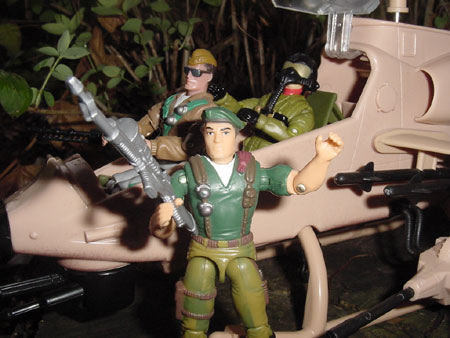 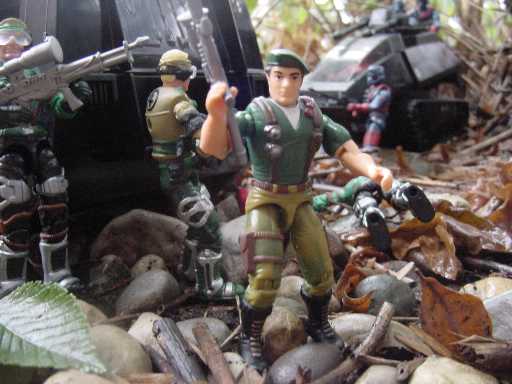 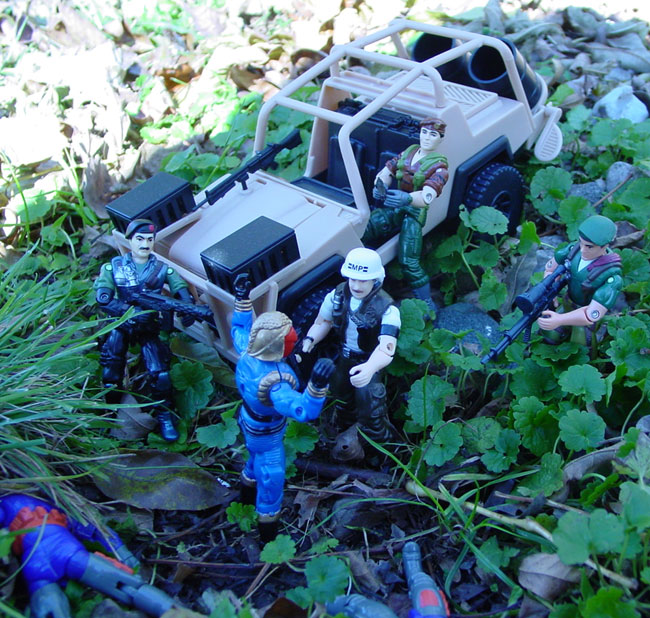