Back in 1998, Hasbro released a small assortment of figures that were the follow ups to the modestly successful 1997 15th Anniversary figures. Among these figures are several gems that are currently highly desired by collectors everywhere, some decent figures that are nice updates to old molds, a few new characters that collectors have warmed to, and a slew of forgettable vehicle drivers who really offered little to the overall line. While I first thought that Thunderwing might fall into the final category, my further examination of the figure has lead me to a different conclusion.

Thunderwing is a straight repaint of the Thunder figure from 1984. However, he is a totally different character who was introduced due to the copyright loss on the Thunder name. While this, in itself, is forgivable, the Thunderwing figure really lacks any defining characteristics that would elevate him beyond forgettable status. He is cast is a solid dark green color that, while aesthetically pleasing, makes him rather indistinct. The figure is also lacking one of Thunder's most dominating features; his red hair. Thunderwing's hair is black and just doesn't have any flair. As such, this figure has found himself as a non-descript armoured vehicle operator.

However, when I pulled this figure out to profile him, I realized that the paint scheme isn't that bad. The grey vest offsets the green very nicely and this figure showcases a very nice level of painted detail that was usually lacking on any figures released between 1997 and 2001. Truthfully, this figure reminds me more of an original run Joe than just about any other figure from the re-release era. He has brighter, sharper colors that actually complement each other and create a nice overall package. As I started to examine the figure, my appreciation for him grew and I'm starting to think that Thunderwing may become a more important part of my collection.

I've chosen to profile this figure for another reason than just to showcase him. He is simply a catalyst for something of which I think people need to be aware. You see, as Joe collecting has become more popular, the demands by online collectors for up to the minute information about upcoming releases or new product has grown exponentially. As such, a few avenues of "inside" information have opened up. While this is a good thing, collectors must be cautious of which information they believe and act upon. There are many people out there who's motives are less than scrupulous and who do not care if they dupe Joe fans into doing something they would not otherwise do. As such, I've found it wisest to know the source that information is coming from.

However, even that can be problematic. Earlier this year, I found out the five figures Funskool had planned for release this year. (Wild Weasel, Cross Country, Major Bludd, Grunt, Metal Head) However, when it came time for Grunt to appear, Funskool produced a Law figure instead. (If you don't have one of these guys, get one. He's a really nice figure!) The Grunt figure has disappeared with no word as to what happened to him. Did I receive bad information? Well, I don't know. However, I believe the source of the information to be reliable. As this info was obtained in nearly 6 months before the figure was planned for release, though, my personal feeling is that the Grunt figure was intended for release but was changed to Law. (The Law packaging and accessories cross sell about 6 different figures so the marketing opportunities were attractive.) However, company plans can change, especially when information is proffered forth so far removed from the actual figure release.

The end result of this is that people need to be cautious before they raise their expectations too high for a newly announced product. There will be lots of information coming out in the coming months. Most of it will be reliable. Some of it will be utter crap. Collectors just have to be careful that they don't get excited about the crap and know that the reliable information is what they should pay attention to.

As a recent release, loose Thunderwing figures haven't really penetrated the second hand collector market, yet. However, as most current collectors have had a an opportunity to pick him up, he is not highly desirable. As such, you can usually find him mint and complete for under $7 or $8. For a fig like this, I'd suggest you just spend the extra buck or two and get a nice, original Thunder. He is a better looking figure and is a lot easier to find. Beyond that, this fig may have a use as an updated Thunder, but I don't see the Thunderwing character ever becoming a fan favorite. All told, I'm kind of undecided on this figure at this point. He has some merits, but I still think that the original Thunder is better. However, if I did not have this guy in my collection already, I highly doubt I would spend any time or effort to track him down. He's okay to have, but not so nice that I would recommend him as a new acquisition to anyone's collection.

I'm set for the 1998 figures save for the Ace that came with the Conquest. If you have him available for trade, email me. 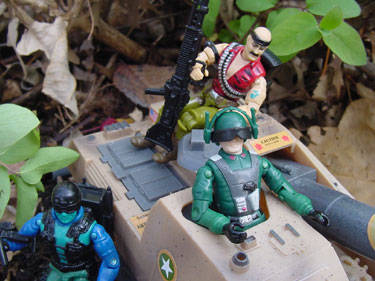 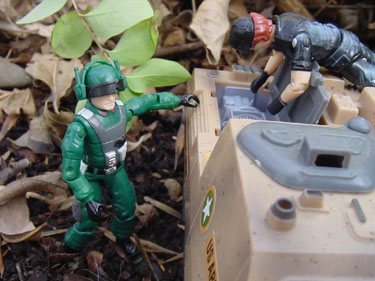 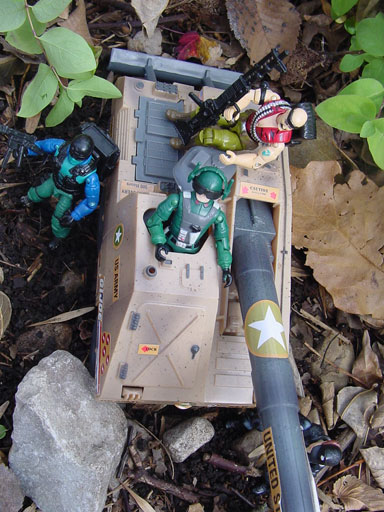