At the 2002 G.I. Joe Convention, Hasbro made mention that they were going to do a collector friendly army building pack. Their first proposed Cobra troop builders were the ever-popular BATs. Last December, I finally saw a picture of the proposed figures. They were planned to be 3 V2 BATs done in black with yellow trim, 2 more of the same mold done in translucent red plastic that would be called Inferno BATs and one '91 Overkill figure who was planned to be the leader. The set looked amazing and got the collecting world in quite a tizzy. However, we then had to wait 6 long months before the figures would finally be available. When the first figures finally arrived, there was actually little fanfare. It seems that the long build up may have actually dampened excitement over the delivered product. I, though, am not disappointed in this set in the least and think it is an exemplary demonstration of how a collector-themed army builder set should work.

I've long said that there are better ways for Hasbro to distribute army building figures. Originally, I would have suggested mail away premiums as a great way to offer collectors extra army builders. However, the notion of Internet only packs is actually a much better way of handling the situation. This method of distribution allows for the minimalist packaging of a mail-in that lowers the cost to the consumer. (As an example, the wholesale cost per figure in the BATs pack is about 60% less than the wholesale price per figure in the BJ's pack. That tells you how much packaging costs.) It also takes the burden of distribution away from Hasbro and allows online Joe dealers the opportunity to build an even better camaraderie with their customers. If the sales of the BAT pack are strong enough, future opportunities like this are a possibility. However, the online Joe community will have to come out in full force in order to prove that a concept like this works.

Most people who know me, know I don't like the concept of BATs. Nothing about that has changed. Were these figures released on a card, I would have gotten 1 of each figure as a completist. However, for the very cheap price at which these figures were offered, it simply makes sense to acquire them en masse. As such, even though I'm not a fan of the concept, my BAT army will be growing. You really can't go wrong with a large number of similar figures. They look nice on display and lend themselves to more use. My personal ideal number of an army builder figure is 6. Many beyond that get too cumbersome to use effectively. (Very few of my profile photos feature more than 6 of any one figure.) Many other collectors have higher numbers and I think that the affordability of the BAT pack will result in some impressive displays of Cobra robotic might.

As figures, the members of the BAT pack are very well done. The basic BAT is all black with silver and rust highlights on his chest. His waist and boots are highlighted in yellow as an homage to the original figure. The Inferno BAT is translucent red. While this may not sound like the type of thing that creates a memorable figure, in the case of the Inferno BAT, it works as the translucent outer casing is part of the robot's design. Inferno BATS, according to the filecard, generate such intense internal heat when they are in operation that they glow red hot. Their outer casing is both a psychological and physical battlefield device. Both of these figures include a hand attachment as well as a laser attachment. The only real drawback I've found is that they do not have a gun. To me, it would make sense to give the BATs firearms as they would be the most effective method of advancing on a position. Fortunately, the newer figures come with so many superfluous weapons that outfitting these BATs with infantry weapons shouldn't be too hard. Overkill is the most bizarre figure of the set. Aside from his mold, which features an opening translucent chest plate that revealed twin machine guns inside, the figure is colored in an odd combination of aqua blue and green. His overall color scheme is kind of a stretch and his back still features the flat panel and screw holes that are a legacy of his origins in the Talking Battle Commandos line back in 1991.

The most frequent criticisms I've seen of this set have centered around the Overkill figure. This version, which is still fully a robot, has the filecard of the cyborg version that was released in Waves 5 and 6 this year. To bridge the continuities, I've always viewed this BAT pack Overkill mold as a prototype BAT. Back in '91, he was simply too expensive to mass produce. Now that the average home computer has exponentially more processing power than the original BATs did back in '86, though, the Overkill BAT model is much more affordable to produce. It is still not used as the sheer cheap cannon fodder that regular BATs and Inferno BATs seem be, but the Overkill mold is a BAT model that sees time in the field. It is more capable of battlefield decisions and has transmitters that are capable to sending commands to the fodder BATs units. This makes BAT fighting forces as whole much more effective, while still maintaining a, relatively, cheap way to wage war. For me, it also gives me reason to have more than 1 Overkill figure and makes the BAT pack as a whole just that much more attractive.

Right now, BAT packs are plentiful. If Hasbro produces the number of these sets that they originally wanted to produce, there will not be any shortages on these packs for some time. However, like all well done theme sets, as soon as these guys disappear from the primary dealers who purchased them wholesale, you can be sure the price will rise. While I don't see these guys experiencing a '98 Cobra Infantry Team like meteoric rise in demand, I do think that those who either procrastinated or simply did not buy enough of these packs will find the price increases annoying once the primary dealers are sold out. As such, I highly recommend buying the amount of BATs you want now. These figures are very well done and incredibly cheap for ARAH-style army building figures. Hopefully, they will not be the last packs of this nature.

If you want a BAT pack, another BAT pack or just more BAT packs, dealers have them in stock and ready to ship. If you want them quick, placing an order now will get these guys in your hands inside of a week. As I alluded to before, online collectors are really going to need to step up and put their money where their mouths are with this set. In order for sales to warrant future packs, collectors are going to have to buy a lot of BATs. So, if you only wanted one set, buy two. If you only wanted two, buy three. And if you're a wholesale army builder, just buy another set or two to help secure the future of subsequent army builder packs. At less than $2.50 per figure, BATs are probably as cheap as you will ever get a Joe figure of their quality and are a great way to build your Cobra army.

I'm set for BAT packs. However, they are a great deal and those who miss out will probably lament the cheap prices for some time. What do you think of this pack? Let me know. 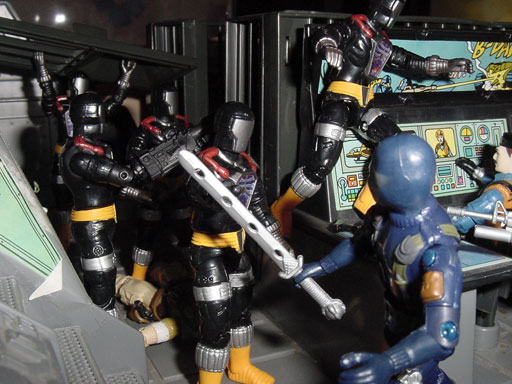 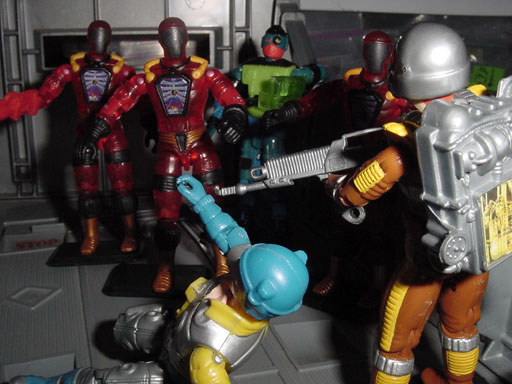 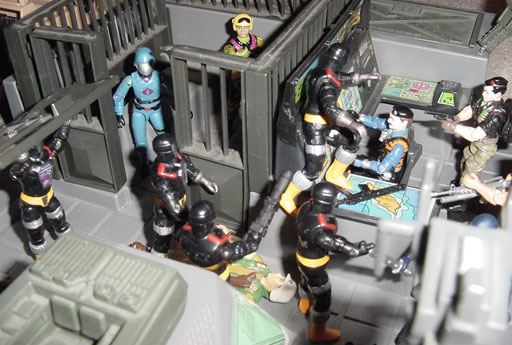 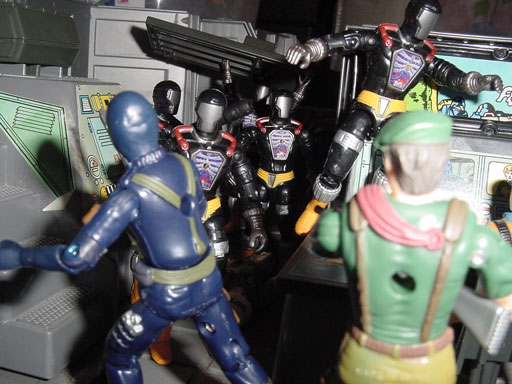 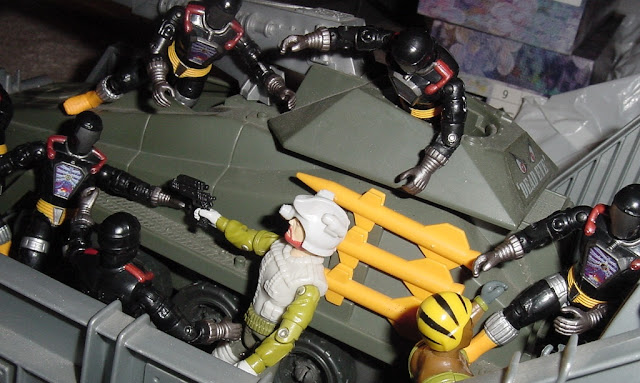