It's been a long time since I've profiled another member of the Sky Patrol subset. The main reason is that, of the six figures that comprised this subset, I only have three of them in my collection. (In fact, I also have three of the Brazilian Sky Patrol figures which means they match my American numbers!) As Sky Patrol isn't a large part of my collection, I haven't been compelled to profile another member. All the figures in the set are, basically, repaints. However, I've recently only had access to a small number of my Joes. This has taken me back to the earliest days of my collecting when I only had a small numbers from which to choose and I was much more creative with what I had. Among the small number of figures I can get to right now is the 1990 Skydive.

Skydive is just a repainted Gyro-Viper with a new head. (All of the Sky Patrol figures used recolored existing bodies and newly sculpted heads. However, the dark blue color of his flight suit really makes this figure stand apart from the Cobra with whom he shares a mold. This really allows Skydive to take on a characterization beyond that of many simple repaints and makes him the type of figure that I have found a use for in my collection.

I see Skydive as the type of character that other Joes have a problem getting along with. I see him as prick who is very confident in his abilities and makes no hesitations about letting everyone else know that. As such, he is difficult to befriend and is often ridiculed behind his back. However, the brashness that makes him so unlikable as a person is exactly what makes him a great soldier. I see Skydive as a man of unparalleled bravery and ability. In the field, he always gets his job done and those who serve with him find him a real asset when in combat. This leads to a problematic approach with this character. He is great to be around in situations of intense danger, but is almost despicable in any other setting. Those Joes who have served with him and seen him in action will gladly do so again, but those who have never been in combat with Skydive are hesitant to undertake a mission with him. His social presence starts to override his professional demeanor. I use this dichotomy to delve a bit deeper into the characterizations of both Skydive and those he comes into contact with. It is just another small element that gives my Joes a little more depth than just some happy-go-lucky team who always gets along.

One area where Sky Patrol really excelled was in their accessories. Just about all of the figures came with a nicely done contingent of guns, helmets and other items that really made these figures stand out. Of course, they all also included a working silver parachute pack. The final expectation was that these figures had tons of play value and would be quite popular at retail. That did not, though, turn out to be the case. As Sky Patrol figures were higher priced than regular Joes, they sat around a bit. Once a child had one of the figures, there was little incentive for a parent to buy them another. This scenario replayed itself every time Hasbro tried a gimmick that raised the price point of a figure. (In fact, it still plays out today as the Alpha vehicle assortment sits, unsold, in stores around the country. In comparison to 2 figures for $8, a small vehicle and 1 figure aren't a deal at $10. Maybe the new packaging will help.) The unfortunate side effect of this is that Sky Patrol figures really don't get the credit they deserve. The helmets and weapons that were included with Sky Patrol figures were among the most original and well conceived in the entire line. It's just that no one seems to know that.

Sky Patrol (or at least a Sky Patrol inspired concept) was set to return to retail in 2003. The set of six figures (Snake Eyes, Storm Shadow, Duke, Lowlight, Alley Viper and Hiss Driver) were to a be a Wal Mart exclusive. However, Hasbro could not get the parachutes that would have been the selling point of the figures to pass safety standards. (This is also why the 2003 Sgt. Airborne does not include a parachute even though his backpack still has the handle where the strings would have been attached.) This lead to the cancellation of the Sky Patrol figures and Wal Mart's release of their new sculpt repaints. However, the 6 "cancelled" figures have shown up (as full production level samples) in a number of areas. This leads me to believe that we will see this subset at some point in 2004. I am guessing that it will end up as a Toys R Us exclusive after the Night Force and Cobra Troop Builder sets are released. I think it would be nice to see Sky Patrol again. Even if the parachutes that were the hallmark of the original figures can not be released to retail, having the subset updated with some new blood would be a good way to give modern collectors another nod to the line's past.

Time was that Sky Patrol figures were hard to find mint and complete. When you did find them, the competition for them was heavy and the prices reflected the demand. Now, though, a lot of that has changed. While the Sky Patrol figures are still rarer than other 1990 releases, you can find them, even in good condition, for decent prices. As most of the figures are rather well done, come with nice accessories and are different in appearance from other Joes, they are a nice way to fill out even the largest Joe roster. I'm hoping that the next few months will allow me an opportunity to finish off my Sky Patrol set. I think they are a great subset and the type of figures that bring greater depth to dioramas and a collection in general.

I'm really hoping that we see a Sky Patrol redux. If it does happen, would you rather have it be all Joes, all Cobras or a combination of both? Let me know. 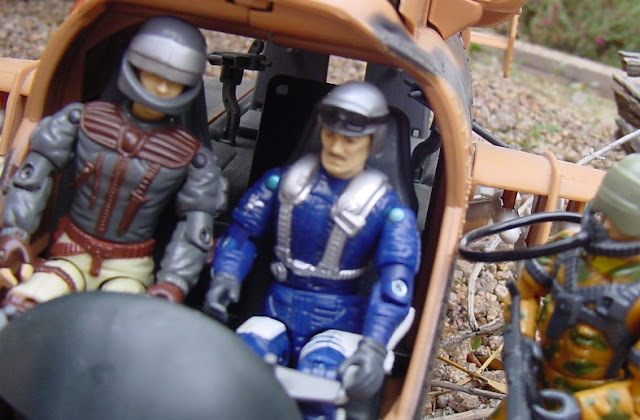 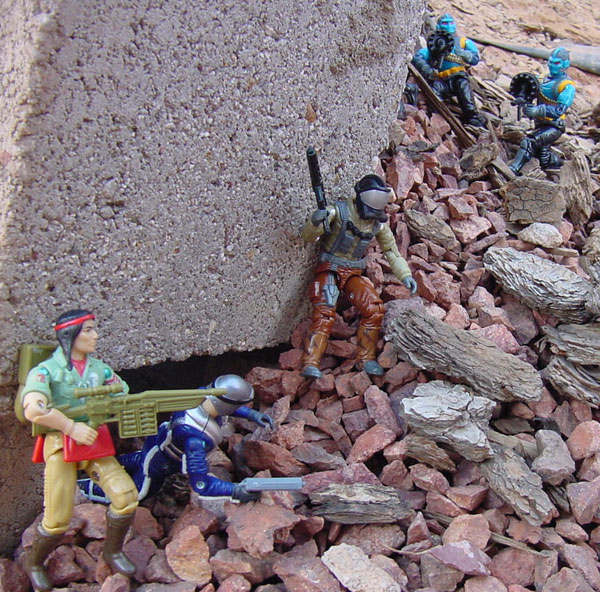 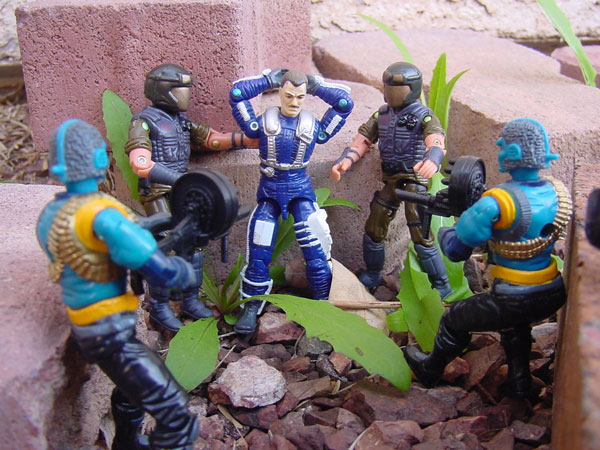 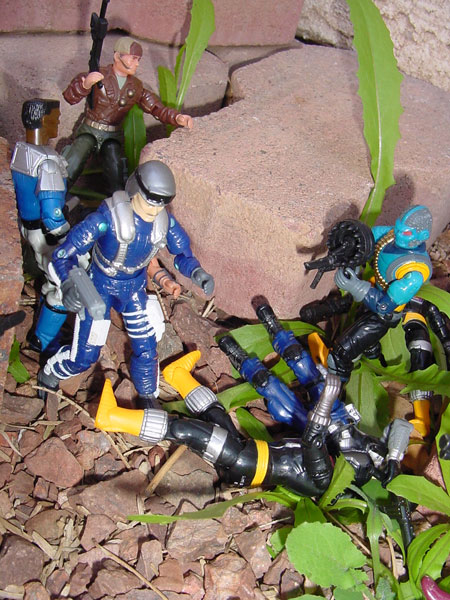 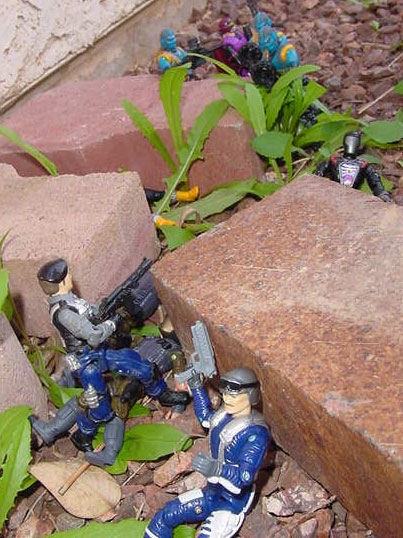