When I first saw the Venom Cycle, I was underwhelmed. It looked like an OK vehicle, but nothing that really warranted any special attention. It looked, to me, a way for Hasbro to further push Viper repaints on collectors. After some time, though, I discovered that this small vehicle actually does have some redeeming features and is fun to have around.

In the past, I haven't been too high on motorcycles that were released in the Joe line. The RAM was cool, but I always found it a little too confining as it could really only hold one figure. The Silver Mirage was a cool concept, but the toy sucked. Mine fell apart every time you tried to use it. The whole thing was just brittle and not fun to play with. The one "motorcycle" I did like was the Dreadnok Cycle. While it's colors were awful, the bulkier sculpt with the mounted turret gun were great fun to use. I adopted this vehicle as a full-fledged Cobra weapon and had it manned by a Motor Viper and, oddly enough, a V1 Viper. This was my Cobra patrol vehicle for years.

When I first opened a Venom Cycle, it hearkened back to both the Silver Mirage and the Dreadnok Cycle. It has the sidecar mounted gun pod like the Silver Mirage, but has a bit more bulk to it like the Dreadnok Cycle. While not a perfect mesh of the two, it had more redeeming qualities than I had at first anticipated. My main problem with the design is that it is a bit too large. The Venom Cycle would be a better fit for the new sculpt figures as their larger proportions are better suited to the cycle's size. However, the size issue is not enough to render the Venom Cycle useless. ARAH-style figures still work on it without too much of a stretch. (I just use the slightly larger proportion as a side-effect of Cobra's reinforcing the cycle to make it withstand the harsh beach terrain it was designed to patrol.) The other problem I have with the Venom Cycle is that the gun in the sidecar is a spring loaded missile launcher. Instead of a cool sculpt gun, we are left with a monstrosity that is hard to reconcile. With the missile in place, the gun can work, but it takes away from the look of the vehicle and makes it a bit less useful to me. Finally, the Venom Cycle is a Sound Attack vehicle and has the built in sound chip and speaker. It isn't something that gets in the way too much, but adds unnecessary weight to the Cycle and is probably responsible for the cycle's larger size.

While these problems prevent this cycle from being a true classic in the Joe line, it does have some really neat features as well. One of the things I like most about the Venom Cycle is that it is heavily armoured. This gives it a bit more credibility in its purpose as the driver is not too exposed to enemy fire. (Granted, it's still a motorcycle, so there is always a lot of exposure on the part of any rider.) The cycle also has little storage baskets built onto the back. While not as useful as they might be, they are a nice touch that gives this cycle a little more detail than most of the other new, smaller vehicles that have been released since 2002. The one area where the Venom Cycle is really neat, though, is the side car. This can detach and be transformed into a stand alone gun station. This feature gives the Venom Cycle another purpose in my collection as it can now also be used to transport mobile gun stations on the battlefield. These can be used as coastal defenders, outpost watch stations, or strategic, mobile emplacements.

Another area where the Venom Cycle does succeed is in the area of the driver. While I tend to like uniformity in my vehicle driver ranks, I can accept the inclusion of a Viper with this vehicle. It makes sense, to me, that Cobra would utilize its basic infantry troops as motorcycle patrolmen on the shores of Cobra Island. As such, I can see this brown and blue Viper as someone who aspires to the Motor Viper corps and is using the role of patrolman as a stepping stone to promotion. This version of the Viper is basically the 2002 Forest Viper with brown highlights instead of green. I call him the Funskool Viper since he is the same color as the Funskool Law figure. While he is unspectacular in color, he does work as a more muted member of the Cobra Viper Corps. He looks decent in desert of even forest settings and melds well with the forest Vipers from the prior year.

Overall, the Venom Cycle is not up to par with classic Joe vehicles like the Ferret. It is, though, a step in the right direction as it seems that it shows a bit more thought than the first round of Alpha vehicles. Unfortunately, it seems that vehicles like the Venom Cycle aren't all that popular. They hang around at retail for long periods of time and, even when they include army builders, get rather stale in stores. I think the price point on these is a bit much. A small vehicle with one figure for $10 isn't that much of a better deal when you can get 2 figures with accessories for $8. I have a feeling that Hasbro's rationale behind changing Alpha Vehicles packaging to window boxes instead of carded toys is to give the consumer a better concept of value. Carded, these things competed with figures and were easily lost in the shuffle. Boxed, these vehicles are easier to see and stand out on the shelves. So far, it appears to be working as the first assortment of 2004 Alpha vehicles seems to be moving a little better than those from last year. We'll see how the rest of the year goes, though.

Venom Cycles, despite their inclusion of a Viper as the driver, were very easy to find at retail. Most stores had them hanging on the shelves through Christmas of 2003 and some people were lucky enough to get them for deeply discounted prices in post-holiday clearance sales. This means that a lot of collectors got their fill of this vehicle and I don't foresee a strong long term demand for them. (That's not true, at this point, for the repainted Crimson Venom Cycle which was rather hard to find at retail.) This is good, though, as it allows collectors to acquire a Venom Cycle or two for affordable prices. (And, if you don't want the Viper, you can probably find people willing to sell you just the cycle for almost nothing.) I've found that this cycle goes well with both new and classic sculpt figures and adds a nice element to a Cobra arsenal. The Venom Cycle is surely not a classic when compared to everything released in the Joe line, but it is one of the better offerings we've seen since Joe returned to retail.

Were you able to find the Crimson Venom Cycle? Let me know. 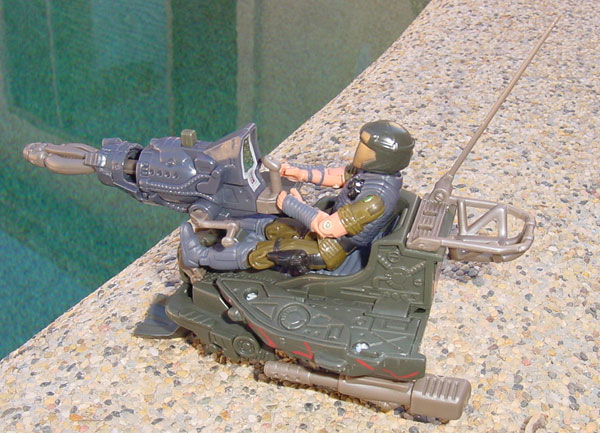 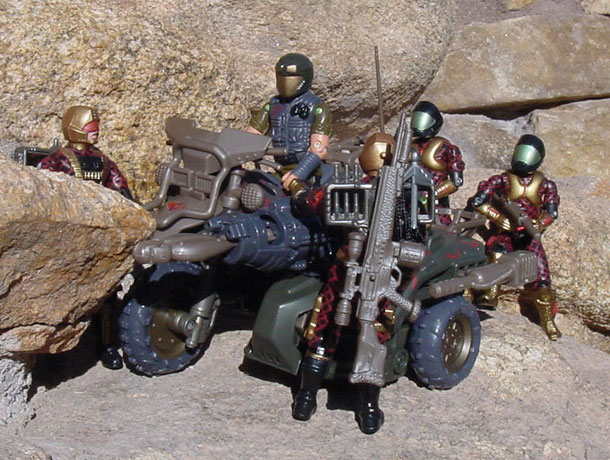 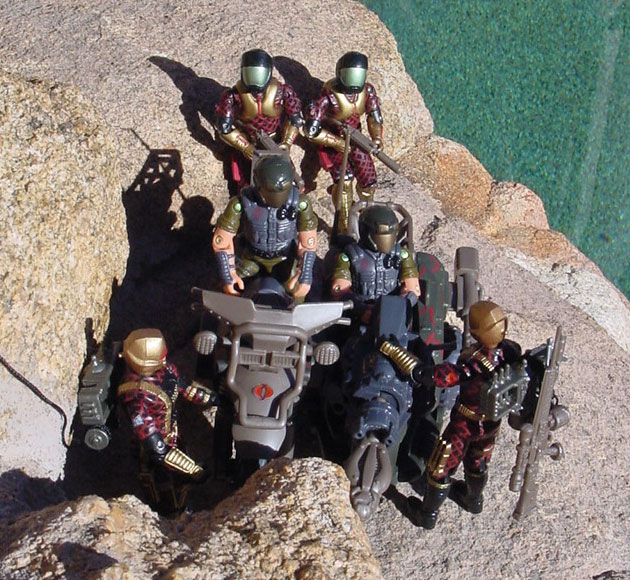 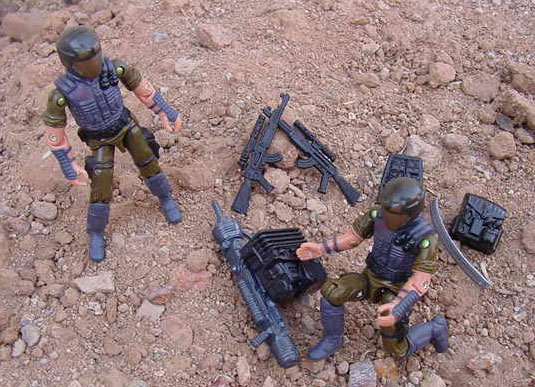