Most of the original Joes got solid character development in the comic.  When you have 10 issues and 13 characters, that tends to happen.  Grand Slam, though, was a notable exception. He was relatively forgotten in the comic until issue #17 when he got to kick in Major Bludd's face after Bludd had taken hostages on a bus. It was a solid appearance for a character who then continued to fade into obscurity. The figure of Grand Slam, though, is well done and is not deserving of this characterizational slight.

As a mold, Grand Slam is nothing more than Flash with Grunt's head. The base plastic is a darker green than that on Flash and the red is a deeper hue as well. There are no more differences than that. Had a figure come out in 1987 with this much similarity to another, regularly carded figure, it would have been decried by collectors. But, being an original member of the Joe team and being introduced in the line's inaugural year gives Grand Slam the leeway for collectors to enjoy him despite his similarities to his team mate. The fact that the mold is probably the most detailed body mold in the original lineup doesn't hurt, though.

In the fall of 1982, my brother got tons of G.I. Joe toys for his birthday. Among them were multiple HAL's. His best friend's mother realized this and snatched one up before it got opened in the present frenzy. She then exchanged it for a VAMP so my brother had the laser cannon and the jeep that towed it. As I looked at my brother's toy haul, the HAL didn't excite me. I wanted to like it. I was a huge Star Wars fan and anything that was remotely like the gun stations on the Death Star was a toy idea that intrigued me. But, the HAL disappointed. It looked cool. But, it wasn't that much fun to play with. Grand Slam looked good sitting the command chair. But, the toy just wasn't that much fun since my understanding of lasers prevented me from seeing the HAL as anything other than a weapon of extremely limited use. (Especially since there were no Cobra aircraft in 1982.) It was the VAMP that really attracted my attention. So much so that I got my own VAMP for Christmas that year. I did, though, take the visor from Grand Slam and give it to Clutch so that I had my first decked out figure of Clutch with the visor, Stalker's gun and Grunt's backpack.

As an adult, though, the HAL has grown on me. It is a remarkably detailed toy that I can better appreciate. The practicality of it as a weapon is still debatable. But, the sculpting and design are iconic parts of the Joe line. The fact that the mold for it was used the world over also makes it a fun part of international Joe collecting. Having a HAL, though, requires Grand Slam. Like all of the original vehicles, the HAL and it's operator are forever linked. I simply can't see one without the other. This is Grand Slam's role in my collection. He operates his heavy weapon and rides shotgun in the VAMP from time to time.

Most collectors, though, associate Grand Slam with a different specialty than just the HAL operator. In 1984, in an effort to boost sagging sales of the JUMP jet pack, Hasbro offered a new Grand Slam repaint as part of the set. This silver pads version is one of the harder to find vintage figures and a more diverse version of Grand Slam. It is also the only swivel arm version of the character I had in my childhood collection. It was this version that defined Grand Slam to me. But, in lieu of being the sole user of the JUMP, the figure was also a pilot. He found his greatest use outfitted with Lifeline's airmask at the helm of the Dreadnok Skyhawk. Here, Grand Slam saw use for many years. He was both a specialized character and a nameless army building pilot. In either role, though, the figure got more use than he ever would have seen from just the HAL. Even today, I see this red pads Grand Slam as more of a jet pack trooper. I have a spare JUMP set to outfit the figure and he sits in his drawer with the other 1983 swivel arm figures with a jetpack, cable and gun from the JUMP, just like his silver padded brother.

Grand Slam only appeared in the U.S. with the 1982 straight arm figure, the 1983 swivel arm figure and the 1984 silver pads version that was available with the JUMP jet pack.  After that, the figure and character disappeared until the modern lines. It's possible that his mold was simply lost when Hasbro exported Flash around the world. But, the complete disappearance of the characters was the bigger mystery. Grand Slam could have easily been brought back in one of the more science fiction themed subsets of the 1990's. As he was not, though, collectors are really left with just his original versions and there are no odd continuity gaps that require convoluted plot devices to slot the character as a astronaut, monster hunter or ecological protector.

Grand Slam figures tend to be expensive.  Mint and complete with filecard versions run in the $18 range.  You can get them cheaper from time to time.  But, Grand Slam tends to be rather popular and you see the pricing reflect that.  As a figure, though, Grand Slam is as essential as the rest of the original 13 characters. Within the context of his original release year, he is imperative. But, even taken as part of the greater vintage line as a whole, Grand Slam is essential. He is a figure and character that are a bit of a blank slate, but who fills an important specialty. My collection would not be complete without the two early Grand Slam figures. Despite the lack of attention paid the character in Joe media, many collectors feel the same. 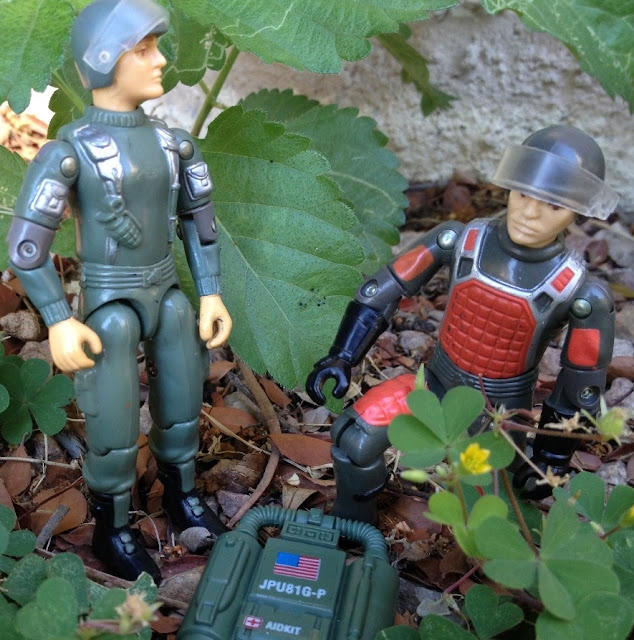 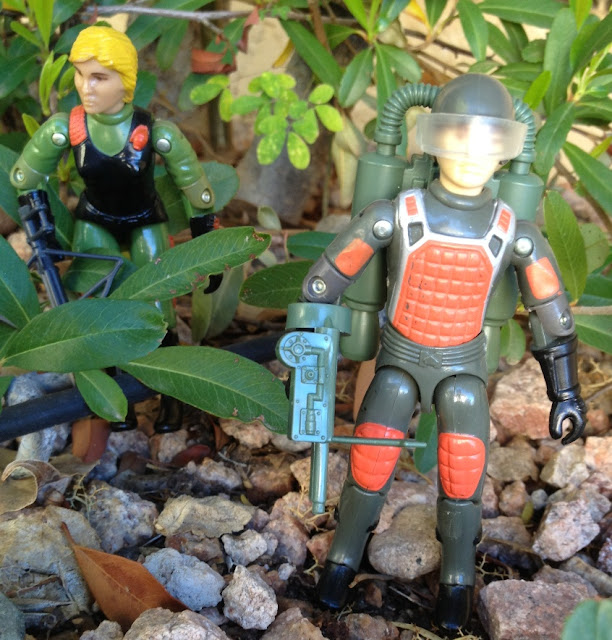 Posted by Robot_Sonic at 10:42 AM
Email ThisBlogThis!Share to TwitterShare to FacebookShare to Pinterest
Labels: 1982, 1983, Grand Slam, Original 13