Beach Head has always been a popular character. I think it mostly stems from the overall quality of his original figure. From there, the character was able to spawn a loyal fan following even in the wake of some less than familiar molds. Beach Head was one of the most requested Joe characters for inclusion in the new Joe line and has already had 3 figures and 2 distinct molds made for him. For many collectors, though, nothing really compared to the original Beach Head mold. Despite the hard-to-top quality of the original color scheme, most collectors wanted to see a repainted original Beach Head. Fortunately, when this finally happened, the figure was well done and a perfect addition to a Beach Head collection.

Much has been written about the Night Force. Some people hate it with a passion. Personally, I think it one of the best done repaint sets we've seen out of Hasbro since the original line. The figures feature intricate details, sharp colors and a mold selection that hasn't (at least to those who only collect American figures) been overused. The 6 figures on the team look like they belong together. However, unlike the Tiger Force set, these figures also work well on their own or mixed in with other, vintage figures. That is what makes the set so successful. The figures are Night Force, but they are not limited by that role. The original Night Force figures all blended together and got boring after you had three or four of them. This new set, while maintaining some consistency, doesn't portray that same similarity. That's not to say the set is perfect. The total lack of creativity on the part of the included accessories is almost enough to sink the entire concept.

Every theme pack released prior to Night Force featured at least a few of the figures with updates of their original accessories. Night Force did not. While the weapons were at least black, they were the same ones we've seen over and over again and they don't go with these figures. The characters in the Night Force set: Flint, Roadblock, Short Fuze, Tunnel Rat, Beach Head and Tracker (released as Action Man in the set) all featured unique accessories that were so well done that they became part of their characterizations. (OK, maybe not Tracker, but his raft does make the figure!) For Hasbro to completely skip even any of these accessories in this pack shows, in my opinion, a low regard for the collector market and a laziness that is really starting to appear in other areas of the line as well. Hopefully, the management over there will get someone in place who can right the ship before things sink too far. (Remember, the '94 Joe line was actually pretty good but the crap of '93 had made it impossible for the concept to be salvaged. I hope history is not repeating itself.)

The Beach Head mold hasn't had quite the history of some of the other members of the Night Force set, but it has been around. Aside from his American release, the figure saw a long production life in India. There, Beach Head was produced in a few different paint schemes, the most common being the lime green version that was re-offered in 2002 and 2003. Beach Head, though, was among the original 18 molds that Hasbro re-acquired from Funskool. This NF Beach Head is the Funksool mold with updated date stamps and copyright information. Going forward, my guess is that this figure is going to end up being overused. It is a fan favorite and has appeared in the Night Force set and is slated to appear in the upcoming Convention set (probably in Tiger Force colors) as well. Hasbro has a very bad habit of overusing good molds rather than trying to find something new. They did it with the Viper, Alley Viper, Roadblock, Mirage, Firefly and a variety of other figures. Rather than leaving well enough alone, I would expect that Beach Head's legacy will be tarnished by the sheer multitude of times that Hasbro will produce this mold. It's sad as figures that should remain collector favorites are done to death and is another reason why I think Hasbro's reacquiring of molds from Funskool will, eventually, be regretted by collectors.

In my collection, figures of this mold serve multiple purposes. I'm a notorious Joe army builder and I do like to have a few extra Beach Head figures around for use as S.W.A.T. troopers or a tactical commando unit. Mostly, though, I use this mold as Beach Head and have him part of a small team of Joes who are mostly used for the dirtiest and nastiest missions. This figure looks like someone who would mostly work on highly dangerous and secretive projects so I add him to any missions that would require something like that. This figure works in whatever regard I choose. I just have to re-accessorize him so that he has equipment fitting his mold.

In the long run, I think that this Night Force set will prove popular. The combination of excellent molds, great colors and the Night Force name will definitely make this set one that future collectors will want to track down. (Even if it is all Joe themed!) While I don't think these sets will sell out before the end of the year, I do think that they will move more quickly than the Tiger Force sets did and could rival the Python Patrol in terms of popularity. As always, if you want a set, I recommend getting one now. They are shipping all over the country and can still be purchased online for $20. Night Force is a theme that always sits well with collectors and this set only continues that tradition. If all the future repainted ARAH-style Joe offerings from Hasbro continue to exhibit this type of quality in design, then I will gladly put up with delays in production. (The accessory problem, though, definitely needs to be addressed!) I think that collectors are going to consider this set one of the key pieces of any post-original line Joe collection. It is an honor well deserved. 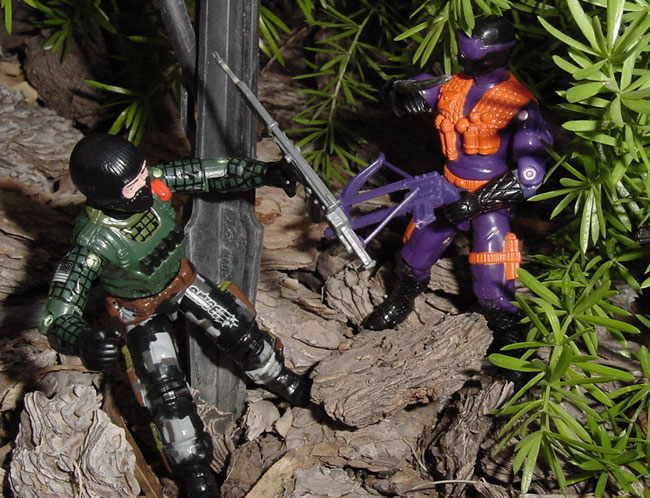 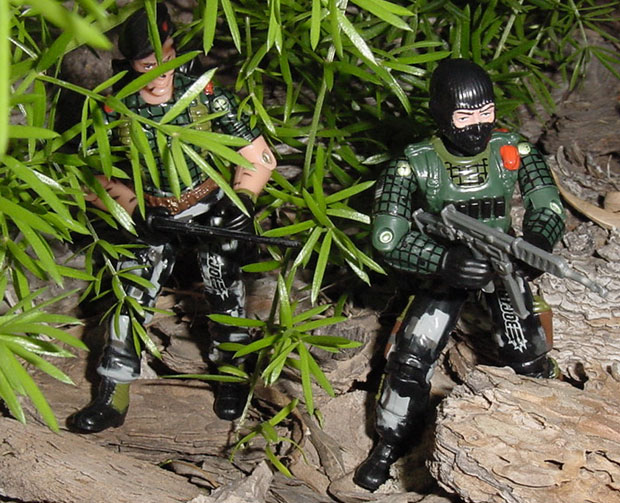 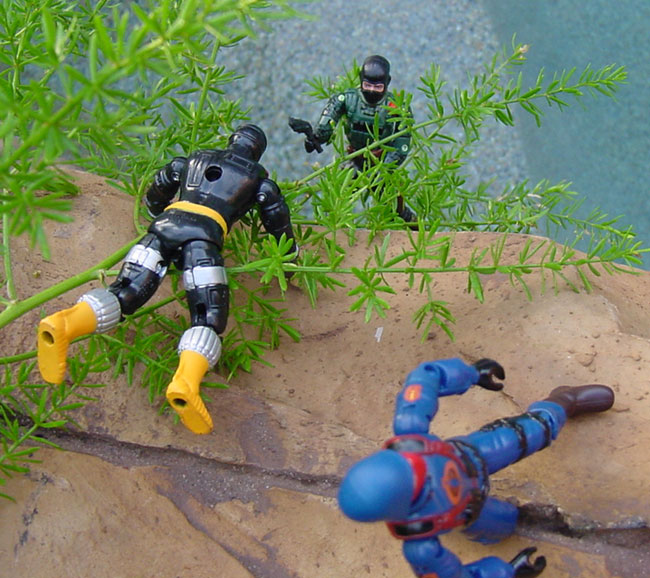