For the most part, the new sculpt figure that Hasbro has produced have been decent. A few molds have been terrible, but an equal number have been great. One area where Hasbro has succeeded, though, is in the fact that they repaint their great molds frequently. I know that many collectors are down on repaints as a method to expand the Joe line. My opinion, though, is that, done right, repaints can add a vital element to the Joe mythos without expanding the character base at too great a rate. In many cases, the repaints are something drastically different from the original figure's paint scheme and allow a mold to be used in more areas. A great example of this is the Crimson Sand Viper.

The Sand Viper mold is top notch. As a figure, the Sand Viper offers a superb sculpt, intricate detail and quality design. As a testament to his overall desirability, many collectors have army built the original Sand Viper in numbers that far outpace their intentions for a figure who is so limited by his specialty. The mold was just too cool to not buy in bulk. However, the desert theme on the original Sand Viper meant that this figure was somewhat limited in his role. That limitation, though, has been alleviated with the release of this Crimson version. Done in basic crimson and black, this Sand Viper is at home in most any combat arena and allows the Sand Viper mold to move beyond his desert intentions and truly utilize the sheer evil promoted by his design.

I will say that Hasbro has been very repaint happy in the new Joe line. I am of the feeling that any one mold should only be repainted a maximum of three times before it is retired. One is the original paint scheme. One should be a themed paint job like Night Force, Tiger Force or Python Patrol or an environmentally specific paint job such as desert, jungle or arctic and the final should be something completely different from either of the other two paint jobs. Each repaint should be at least 8 months removed from the prior and the repaints should be packaged in different ways to help promote the diversity of the different color schemes. I think that if Hasbro followed a similar scheme, then you would hear less complaints about the repaints and I think you would actually see some excitement over a properly done repaint.

As this figure is crimson, a lot of collectors will use him as the Sand Viper leader or as a smaller squad of elite Sand Vipers. I have yet to fully determine this guy's use in my collection, but the sheer sense of danger created by his color scheme has me wanting to find some special place for him. In the long run, though, I think this Sand Viper will end up as a specialized Cobra infantry trooper who will be above the rank and file Neo-Vipers but not quite to the elite levels that define the upper echelon of Cobra's organizational structure. I think he will be useful in that role and that type of scenario lends itself to smaller numbers of this figure as he is more elite than your typical infantryman.

This Sand Viper has (at this point at least!) only been released in a special 3-figure value pack. Not every retailer out there, though, ordered this set so some collectors, depending on their local source for toys, may not have adequate access to this item. The good news is that it is available online. As a set, the Value Pack is a great idea as you get three figures and a helicopter (though it's a crappy one!) for around $11. That's a great deal for three unique figures. The problem, though, is that the other 2 figures in the set, Recondo and Wild Bill, are both Joes who have about zero trade value on the second hand market. This, in effect, makes this version of the Sand Viper an $11 army building figure. In this case, that is a double edged sword. The high price point discourages ridiculous army building and helps keep this figure available, but it also is a stronger deterrent for the more casual army builder to acquire only a few extra Sand Vipers. At this point, Hasbro has yet to really figure out the best way to get collectors the army-building figures they want in a way that is equitable, affordable, and easy. My feeling is that the best way to sate this collector demand is to offer some army builders via mail order. That way, massive army builders will be able to stockpile their troops without adversely affecting those collectors whose army building ambitions are more modest. This approach would not endanger the retail validity of Hasbro's current offerings as the figure molds offered via mail order could be 18 to 24 months removed from their initial retail release. Collectors could not ignore retail army building figures as they would have no idea of the smaller subset of army building molds that would, eventually, end up being offered via mail order. In my opinion, this would be the best case scenario for giving collectors the army builders they want without resorting to scalper-friendly army building packs or other retail gimmicks that never seem to accomplish the intended result. 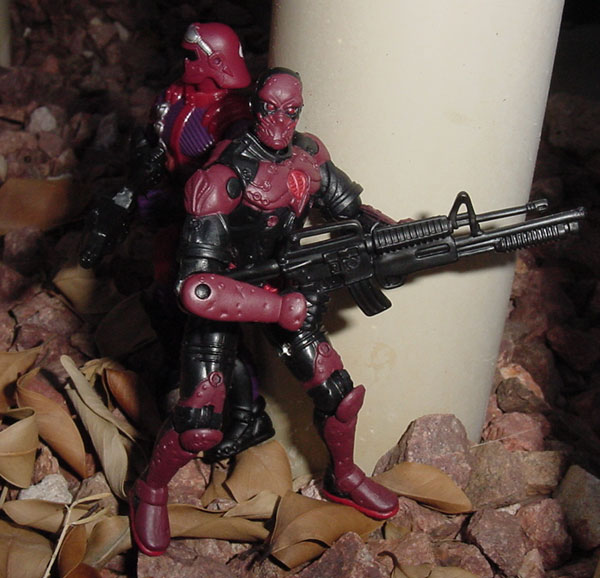 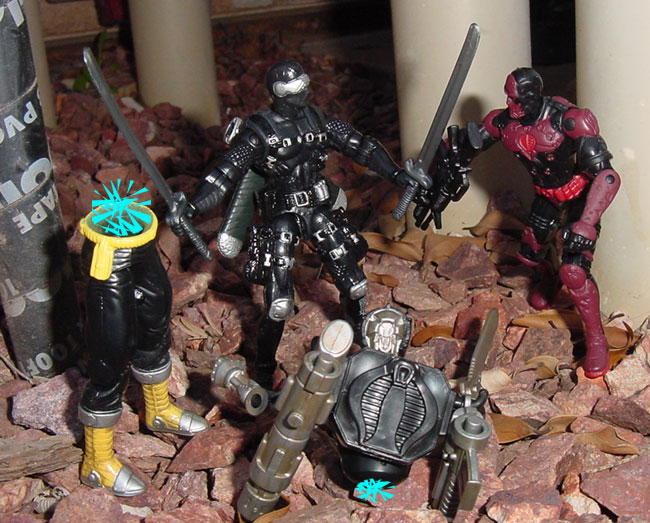 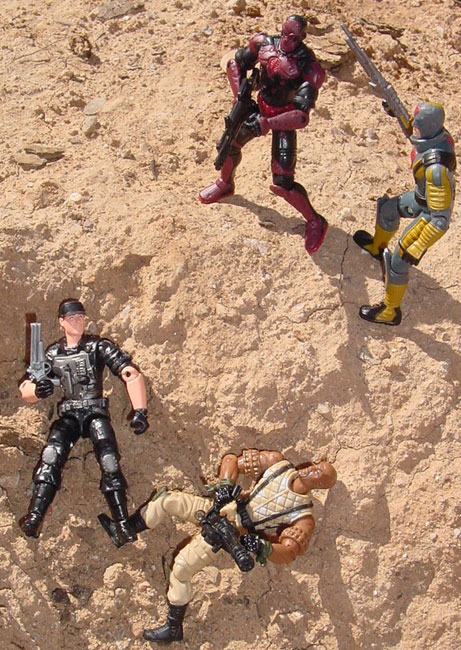