Many years ago, I profiled a lone Star Wars figure. At that time, I vowed to never showcase another Star Wars figure again. Since then, every figure I have profiled has been, at least in some way, affiliated with G.I. Joe. Technically, the subject of this profile is not a G.I. Joe figure. However, his body is taken directly from a Joe mold and he was released at a time when Hasbro was trying to squeeze every penny they could from every Joe mold they had since the end was near. In late 1994, Hasbro released an obscure line of figures that were to tie into the awful Street Fighter movie. Unlike the Street Fighter 2 figures that are part of the Joe line, these movie figures were completely separate from Joe, even though they shared many molds in common. Many of these figures are the martial arts type figures that have little use in my collection. However, there are a few hidden gems in the Street Fighter line. One is the Paratrooper Guile.

The reason I like the Paratrooper Guile figure is mainly because I like the Ace mold from which he is created. I also like the bright orange color scheme. While orange has long been the bane of collectors (despite Hasbro's best efforts to use it) it does work in certain situations. Among those situations would be a rescue pilot. These troops would wear the bright orange as not only a symbol of their purpose, but also as a means to assist them in their duties. This is the role I have assigned to the Paratrooper Guile in my Joe collection. He is a rescue pilot who is also capable of serving in combat. He is certainly not a large part of my collection but remains a figure who can bring something different to the table in specific situations. The Joe line is so vast that figures like this comprise a large part of it. However, this allows the modern collector to find any niche and fill it with a larger sample of figures than most other toy lines allow.

Aside from the mold that was taken from the original Joe line, the Paratrooper Guile's accessories were as well. He included the helmet and mask that originally came with Ace. However, due to the design of Guile's head, the helmet will not fit onto his head properly. This makes the figure less useful. But, as Ace heads of that mold are easily found, a simple headswap makes either a new uniform for Ace or a covered Guile head that doesn't look ridiculous. On top of that, this figure also included a silver version of Big Ben's rifle. At the time, this was a cool accessory as the Big Ben rifle was still somewhat unique. Now, though, that gun has been used so many times in the re-releases that is seems overdone with this figure. The part of Guile that made him the paratrooper, though, is the parachute pack. The black pack with solid white parachute are of the same design as was available via mail order and with the Sky Patrol figures. All of the Street Fighter Movie Guiles included new takes on classic Joe accessories. Some of them are worth tracking down for just the included pieces as they are a new way to expand a Joe collection into something a little more unique.

As the Joe line ended its original retail run, Hasbro scrambled to utilize whatever molds it could in order to cut costs of other, lesser toylines. As such, G.I. Joe molds were used things like the Street Fighter and Mortal Combat movie lines. (In fact, the Mortal Combat movie line of figures contains many of the parts that were intended for use in the ill-fated Ninja Commandoes line of Joes: the only way for collectors to really acquire them.) Hasbro also sold off a few molds to the now-defunct Olmec toy company who produced them in a set of figures called the Bronze Bombers. Other, more obscure toy lines also re-used Joe parts. Many were licensed tie ins and the parts were recycled in order to cut the costs for toy properties whose shelf life was known to be limited. The Joe line was so large, though, that the wealth of molds offered Hasbro a chance to move into different things with reduced risk at a time when toys in general were looking for an identity in the marketplace. The nice thing about this is that it gives today's Joe collector a wider arena in which to find pieces that are not only Joe compatible, but actual re-uses of original G.I. Joe molds. When the current run of Joe products ends its production life, it will be interesting to see where Joe molds continue to make appearances.

For a time, it appeared that Hasbro did not have access to the Guile figure molds. In the chaos surrounding the end of the Joe line, they may have been misplaced, mislabeled, or just packed separately from the rest of the G.I. Joe stuff. However, since 1997, most of the Guile figure molds have been reused. (The NF Guile Snake Eyes mold will appear at the end of this year in the Desert Strike Force set.) The one who is missing is the Arctic Assault Guile who utilized the Blizzard mold. However, if Hasbro has tracked down all the other molds, it would stand to reason that Blizzard may be back in the fold as well. As the 2005 G.I. Joe Convention is in Minneapolis, Minnesota, an arctic themed Convention set seems like a good bet. If this comes to pass, perhaps the Blizzard mold will finally return. I can imagine that a good many collectors would like that.

Paratrooper Guiles (as well as the rest of the Street Fighter Movie figures) can be tough to track down. The movie was a flop and kids didn't really take to toys based on the video game. As such, these figures didn't see high production numbers. In fact, many of them ended up in the clearance bins of KB Toy Stores around the country. As late as 1997, you could still find an occasional beat up figure in the stores. What this means, though, is that Paratrooper Guiles are most often found in one of two conditions. They are either loose, incomplete and exhibit some paint wear as they were cheaply bought on clearance by a parent and given to a child who used the figure, or, they are MOC: usually salvaged by a toy dealer from the clearance bins in hopes that these figures would one day be popular. The end result is that while these figures are tough to find, they still routinely sell for under $20 for a MOC figure. Since these figures are not, technically, G.I. Joe figures, they are under most collector's radar and have remained in relative obscurity since their original release. They are, though, a great way to grow a collection and add something much more unique than many of the common Joe figures. You just have to take the time to find them. 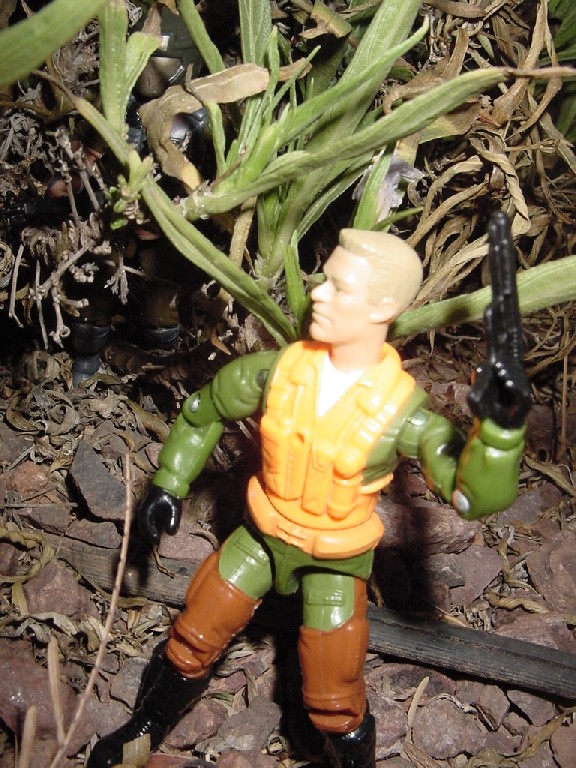 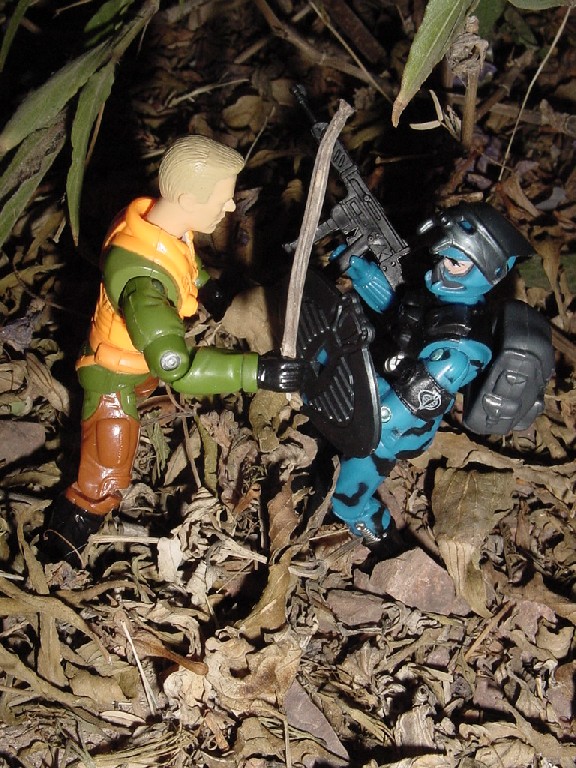 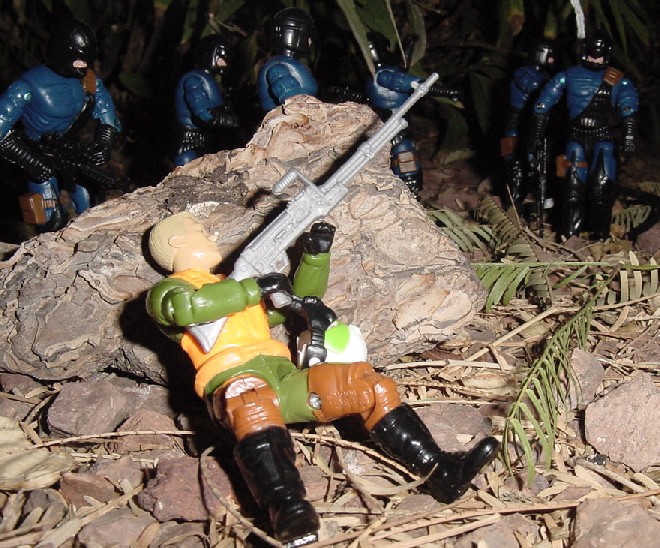