Some time around 1997 a small toy company called Olmec acquired some G.I. Joe molds from Hasbro and produce a set of figures called the Bronze Bombers. These figures were themed for an African-American audience and offered Joe collectors something different than they had previously seen. While the molds were mostly obscure vehicle drivers recolored with neon paint, the set was fairly well received by collectors. Now, it enjoys occasional outbursts of interest but remains, for the most part, a rather obscure footnote to Joe history. But, some of the figures were very well done and do fit with the notions of Joe that have taken hold of modern collectors. One such figure is the repainted Motor Viper.

The Bronze Bombers were released in a 12 figure pack that was sold exclusively at Toys R Us. The original price was $14.99 which really isn't bad for a 12 figure set that included a few accessories. The figures used Joe vehicle driver molds from the late '80's. (Interestingly enough, many of the contemporary vehicle driver molds to these figures were subsequently produced or scheduled for production in India. It seems that Hasbro needed to recoup some development cost for these molds and made them more widely available than their other, more mainstream molds.) The basic figure molds were: 1988 Skidmark, 1986 Strato Viper, 1988 Darklon, 1989 Track Viper, 1988 Secto Viper, 1989 Wild Boar and the 1986 Motor Viper. Darklon along with the Secto, Motor, and Strato Viper was released as a straight repaint. These figures comprised "Pyro's Band of Thugs" and were the "bad" guys of the set. Each was individually named with the Motor Viper called "Scorch". The 8 good guys all featured new African American head sculpts and were given various names. It is difficult at best to pinpoint exactly which figure is which, but all 8 were given code names. Many of the good guy figures are more sanely colored than their villainous counterparts (some are even in better colors than the original use of the mold by Hasbro!) and make excellent additions to any Joe team roster. The bad guys are a bit more oddly colored, but are still very useful in rounding out your Cobra army.

As the Bronze Bomber figures were not Hasbro produced, they are not Hasbro quality. I have found them to be most similar to Brazilian Joe figures in terms of plastic quality. This means that they are decent, but are prone to easy thumb and crotch breakage. So, you have to be a bit careful with them when you use them. The paint masks on the figures tend to be tight, though not really all that complex. Most figures are 2 or 3 colors which was done to reduce the manufacturing costs. Few of them have painted details and the paint applications remind me of many of the 1994 Hasbro Joe offerings in that respect. In many cases, though, these minimal applications work and provide Joe collectors with some attractive alternatives to popular and unpopular molds.

Scorch is actually colored quite well. His body is a deep, dark blue combined with powerful green highlights. His face mask and pistol handles are dark baby blue and are really the only downside to the figure. He is bright and striking, there is no denying that. But, in his context, the colors work for him. The dark blue and green complement each other very well and help minimize the effect of the baby blue. (Though, the baby blue is only a shade darker than the baby blue used on the original Hasbro figure!) It's not clear which accessories from the set would belong to Scorch, but that really doesn't matter since all of the accessories are fairly weak in terms of coloring and this is a vehicle driver so accessories are less important.

In my collection, the Bronze Bomber figures have simply been specialized sub-units of their Hasbro/Cobra counterparts. The Secto Viper is just a more specialized version of the standard bright yellow Bugg drivers. This Motor Viper is now just a regular Motor Viper who happens to pilot certain missions. For a long time, I really didn't have any particular vehicle in mind for this Motor Viper but the 2004 Convention changed that. This figure would fit perfectly with the Dreadnok Stun released at that Convention. While that Stun is rather pricey on the second hand market, that also kind of fits into the notion of this figure. It is much more difficult to find Bronze Bomber Motor Vipers than it is to find standard Motor Vipers. So, having them man one lone (expensive!) Stun makes them rather elite. While this is a jump from my previous vision of this figure, it does give him more importance in my collection and allow him to be used in a way that pays more homage to his non-Hasbro roots.

It is likely that the molds used for the Bronze Bomber figures are gone. Olmec ran into some trouble with the government and the founder of the company went on the run. As such, any claim to these molds that Hasbro might have had will now be tied up in legal wrangling. As Hasbro wouldn't be able to recoup a ton of money from these molds, it's doubtful they would ever spend the time, money or effort to re-acquire these molds. That's not really a terrible thing since the Cobra molds in the set were mostly very well done the first time around and wouldn't greatly benefit from a repaint. Plus, it leaves these figures as more unique since we know we have probably seen the last of them.

While I would hesitate to call the Bronze Bomber figures outright rare, they are actually rather difficult to find. Original distribution on the set was spotty at best. Some Toys R Us stores had tons of stock while others never got any at all. (The distribution appears to have been heavily dependent upon the racial demographics of individual TRU stores.) Plus, the Internet was still in its infancy at the time and many Joe fans were simply not aware that this set existed at all. This means we are now left with a very nice set of figures that are difficult for the modern collector to acquire cheaply. However, it can be done. A properly titled sale for a Bronze Bomber Cobra will tend to draw lots of attention and many times the individual figures sell for over $15. But, many auctions that include Bronze Bombers are not properly labeled and you can still find bargains from time to time. Many dealers who come across the figures simply don't know what they are and tend to think of them as bootlegs or foreign variants. So, you can luck out there, too. I have found these figures to be a great addition to my collection. They are the type of thing that allows a collection to stand apart from others, if even only a little bit. 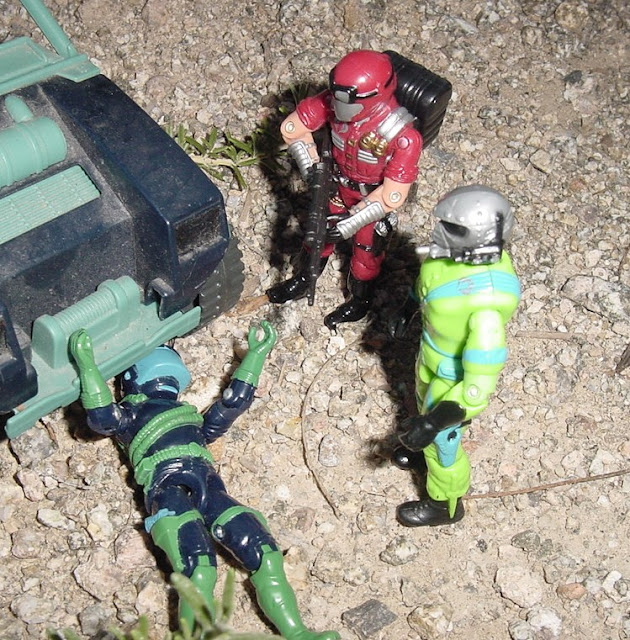 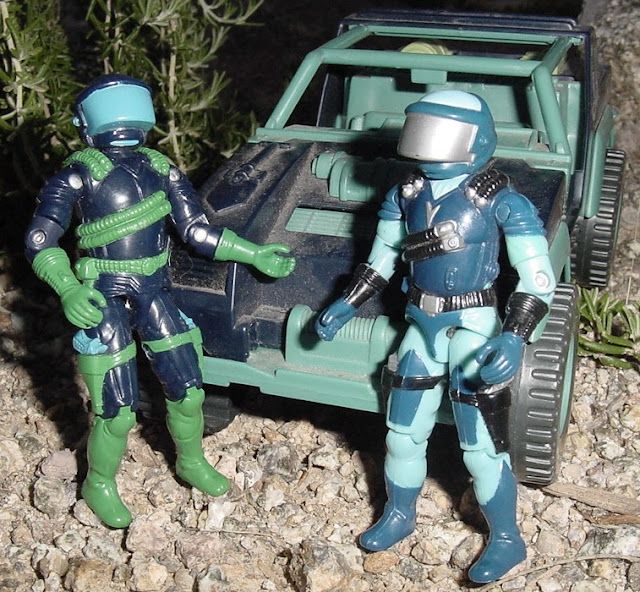 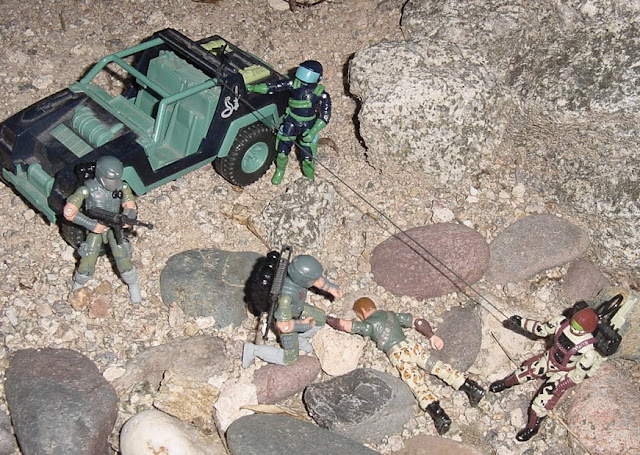 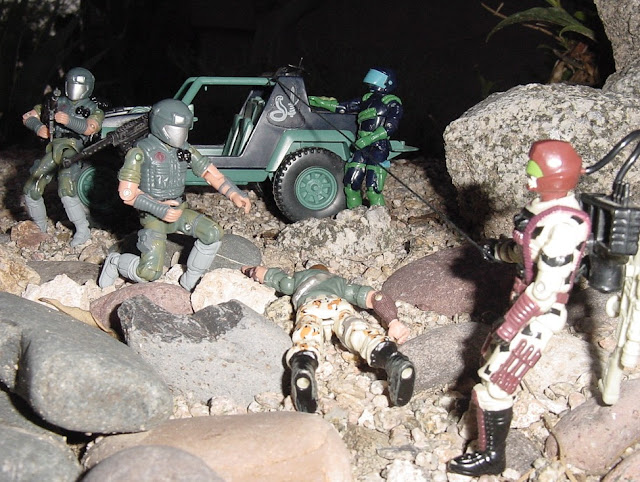 Posted by Robot_Sonic at 9:09 AM
Email ThisBlogThis!Share to TwitterShare to FacebookShare to Pinterest
Labels: 1997, Bronze Bombers, Motor Viper, Scorch