Every year at this time collectors get themselves up in arms over the Convention exclusive figures. Whether it is complaining about the prices, the shroud of secrecy or the fact that the retail release figures are so poor in comparison, just about everyone has a complaint in one way, shape or form. The one thing that can not be denied is that Master Collector does put a lot of thought and effort into their releases every year. With that effort, they have produced some figures of amazing quality and design. Dragonsky not only follows in that tradition, he, in my opinion, blazes a new trail in terms of ARAH-style releases.

Simply put, this figure is the very essence of how Hasbro should create all their ARAH style repaints. Dragonsky uses relatively benign and unknown parts that are combined with solid colors to create a figure that is instantly recognizable as Dragonsky while not treading on the reputations of the figures from which he was made. It is a rare figure who achieves this. Sadly, most of them who do have been the exclusive domain of the convention exclusive figures. The retail ARAH-style figures have failed not only in color but design and have fallen fairly flat. This figure proves that Hasbro is capable of producing high quality ARAH-style repaint figures that are still capable of astounding collectors with their ingenuity and design. For some reason, Hasbro simply chooses not to do so in their retail ARAH line. Perhaps if we are lucky enough for the comic packs to continue we will see more details and thought put into the design of ARAH-style figures.

Dragonsky is basically 2 figures: the 1993 Blast Off and the 1994 Star Brigade Duke. Quick, how many of you knew what Blast Off looked like without looking him up when you first heard of his body being used for Dragonsky? Following that, how many of you use Blast Off as a major character in your Joeverse? My point is that Blast Off is pretty much as forgotten a figure as you can find. (So forgotten that not even I had profiled him!!!) As such, he is a perfect candidate to use as a character like Dragonsky. His head fits Dragonsky's specialty yet would not impede any future uses that collectors might have planned for Blast Off. The body also fits with theme of figure. The 1994 Star Brigade Duke torso is like Blast Off in the sense that it doesn't belong to a figure that sees a lot of use in most people's collections. Again, the obscure parts give this figure new life and make him seem almost like an entirely new mold. It gives us a figure that is true to the character and that leaves an impression upon the collector who owns one.

The colors are the next amazing part of this figure. The purple might not sound all that enticing at first, but it is actually pulled off with amazing results. The deep, royal purple perfectly meshes with the grey and black cammo to create a figure that is useful while being distinctive. As with most convention figures, Dragonsky features added paint details. His mold features a full 7 colors that are intricately dispersed around his entire body. The paint brings out the details that were left untouched on the Duke mold and that were simply painted over in bright oranges and reds on the Blast Off figure. Where the figure really distinguishes itself, though, is with the accessories. On the surface, they are not all that special: Blast Off's helmet with the Wave 6 Torch's flamethrower, pack and flame. However, Dragonsky's helmet and backpack both feature three unique colors. The painted accessories make them stand out among the unpainted fare collectors are used to seeing and give the figure an overall added depth.

As a character, Dragonsky is a bit problematic. When he was first introduced in the mid '80's, a reference was made to him throwing Molotov cocktails at German tanks as a 5 year old in Stalingrad. At that time, this reference worked as it would have put Dragonsky around the age of 45 or so. He was characterized as being older in the comic, so that was acceptable. (Especially when you consider that General Hawk made a comment that placed him around 52 years of age in 1982.) However, this comment was brought forth on to this figure's filecard. While it is a cool bit of characterization, it also makes Dragonsky about 65 years old. This is simply too old for the character to be taken seriously in his role of being active military. For some, things like this are easy to ignore. However, it puts a bit asterisk by the character for me and makes using him as the original Dragonsky difficult.

As a kid, though, I thought the concept of Dragonsky was really neat. The notion of Stalingrad was so intriguing to me that I spent hours at the library looking through encyclopedias and war books to learn more about the battle of Stalingrad and Soviet military history in general. This was one area where the original comic was so excellent. Larry Hama was able to take an obscure historical event (or not so obscure, but buried in American history texts) and weave it into a storyline. As a young impressionable reader, these tidbits (the reference to the Potemkin was another one that stands out) were the perfect impetus for me to go out and learn some things on my own. This is something that the modern comic lacks. It is more a pop culture type thing with no real depth and lacks the type of little detail that shows the writer has an understanding of the characters on a level beneath that of their social facade. Hama showed a respect for his kiddie audience that left an impression and lead me to learn more about world events on my own. This opened up a whole new world for me and lead to a lifetime of reading and learning that continues to this day.

Let's face it, Dragonsky was expensive. The cheapest anyone could acquire the figure was as part of a $60 3 figure set. At an even breakdown, that puts Dragonsky at $20 per figure right off the bat. Early indications are that Dragonsky will be the most popular of the 5 attendee exclusive figures, but things always change. (For example, Dragonsky is on the rumoured short list of future comic pack figures. The mold will almost certainly be different and the uncertainty clouding the future of the entire Joe line makes banking on a new "retail" figure a risky venture at best. But, his name was floated around and I'd say that it's likely that if the line continues we will see a Dragonsky figure in some shape or form in the next year or so.) Time has also proven that the attendee exclusive figures don't see huge appreciations in the aftermarket. It seems that most of the collectors who want them are able to acquire them during the convention time and the demand is lessened thereafter. (Plus, there is more and more evidence that suggests that Master Collector isn't entirely honest with their production numbers on these figures and, as such, they are more common than collectors are lead to believe.) However, in the past, we also haven't see attendee exclusive figures of Dragonsky's quality. So, much could happen with this figure in terms of future availability. If you can still acquire one for at or near the $20 price tag, though, I would surely take it as it is a pretty safe bet that this figure won't fall much below that threshold regardless of what the future holds. 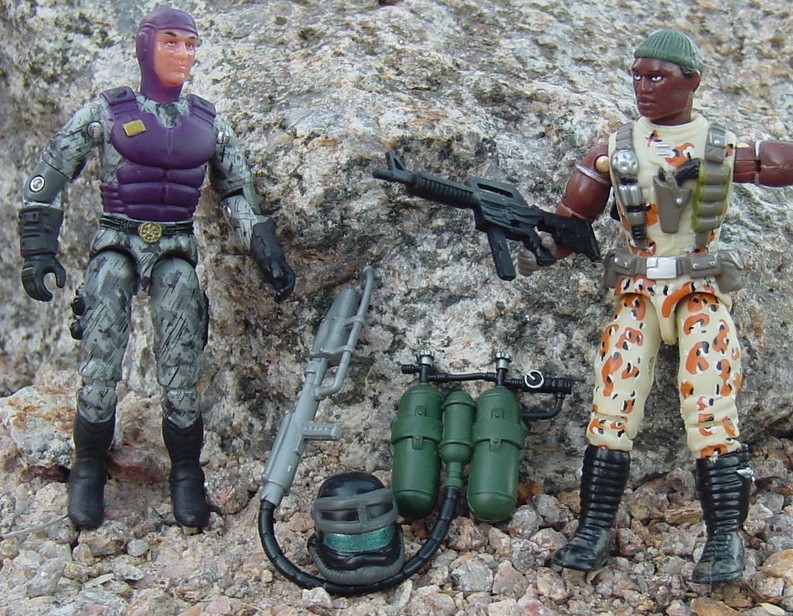 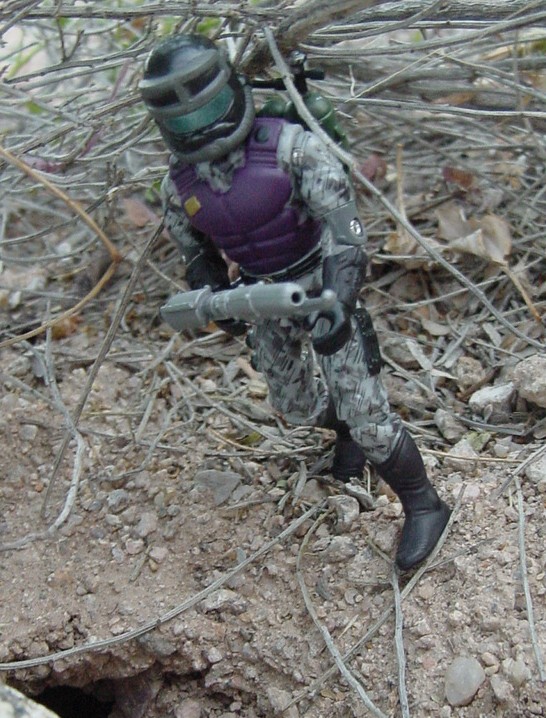 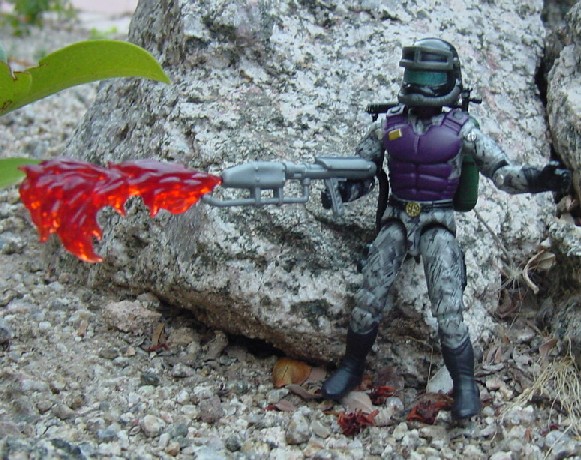 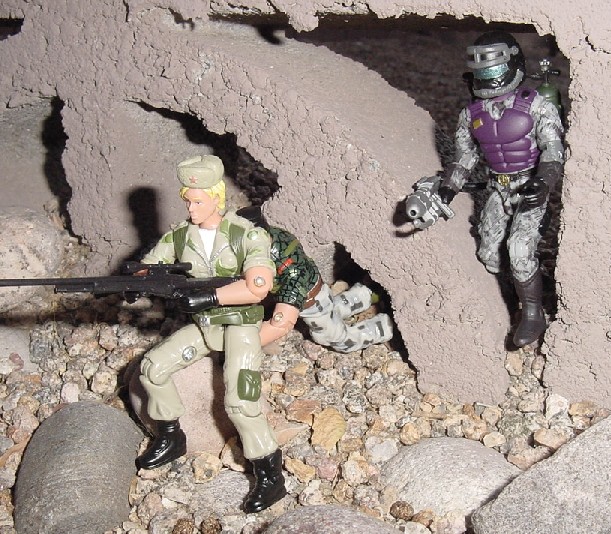 Posted by Robot_Sonic at 9:09 AM
Email ThisBlogThis!Share to TwitterShare to FacebookShare to Pinterest
Labels: 2005, Convention Exclusive, Dragonsky, Oktober Guard