Foreign Joes are a mixed bunch in terms of their design. Some are great. Others are different, but not, necessarily better than the figures from whom they were created. Others are pretty much the same as their American counterparts. And, some are just terrible. Each country that produced exclusive Joes has some of their native designs firmly in each category. In the case of Argentina's Ninja-Ku, the figure is simply great. It is a figure that is an incredibly unique repaint of one of the most significant molds in the history of the Joe line. The fact that this design appeared in Argentina but not in the US is one of the great oversights in the original line and makes this figure a must have in the modern collection.

The Ninja-Ku figure is a straight repaint of the V1 Storm Shadow mold. It is cast in dark black plastic and features minimal gold details. Really, the figure is just two colors. But, for a masked assassin, those colors are all that are needed to create a figure that instantly recognizable. The most distinguishing feature, though, is that the figure is black. Ninja-Ku's skin color that shows beneath his mask is purposely dark and that little detail only enhances the mystery of the character. Aside from that, there's not much to the figure. He only features 3 paint masks and would be kind of boring were perfect mesh of black and gold not such a perfect fit for the character's intended specialty.

How does Ninja-Ku fit into a collection? As such a distinct figure, he is certainly a necessity and a figure who will stand out in a display. However, is he an army builder? A unique character? An enemy of Stormshadow? An ally? The figure's filecard is fairly clear that Ninja-Ku is an individual and is allied with Cobra. He is a stealthy assassin who can "hide in shadows". It's a fairly simplistic character but one that works given the context of the figure's design. The biggest mystery, though, is the figure's skin color. The card art shows what appears to be a Caucasian behind the mask. But, the figure is obviously the first black villain released in the Joe line anywhere in the world. The fact that the character is known as Cobra Black on the card also implies that the character is supposed to be black. So, that adds just another level of desirability to this character.

Ninja-Ku's accessories are the same as the American Storm Shadow...kind of. Argentine figures are notorious for accessory variations and Ninja-Ku is no exception. Some versions have gold swords. Some have nunchuks. Some have golden backpacks, others have black. It's possible to make a case that a Ninja-Ku figure is complete with a wide combo of accessories and accessory colors. (Satan is the same way.) But, the figure should have some accessories. Mine includes 2 small golden swords and gold nunchuks. He has a black pack, but as the figure was opened, I can't be sure that the black pack was an included accessory or something that was added in later by the original owner. (Though it is apparent that the black pack is from Argentina...) It is up to the individual collector to determine the completeness desired for a Ninja-Ku figure. Personally, I wouldn't settle for anything less than 2 swords and nunchuks (as those weapons are referred to on the figure's filecard), but I'm sure there are carded Ninja-Kus out there with less in the way of included accessories.

There were three distinct colors of the Storm Shadow mold released in Argentina: red, black and white. However, in 2002 and 2003, a large number of well done fake blue Storm Shadows appeared on the market. These are customs and nothing more. They were well done, though, and many collectors were fooled into thinking they were something more than simple hand repaints done by an enterprising Argentine con artist. From time to time, you will still see blue ninjas in various people's collections. These are the fakes and should not be confused as legitimate pieces. You can still find the blue ninjas from time to time and some collectors do buy them as they are interesting display pieces. But, they should only be purchased and priced as a custom and not as a "rare" foreign exclusive.

In my collection, ninjas have never been much in the way of major players. Even Storm Shadow has found his role heavily reduced from typical Joe canon. Ninja-Ku is likely to suffer the same fate. As a lone assassin, the figure is cool and can have its uses. But, the need for such a specialized role is very small and a figure like this will likely see little use for that reason. As a display piece, though, Ninja-Ku is great. He perfectly blends with a pre '86 Cobra display and works perfectly as another member of the early Cobra hierarchy. Even though the Hasbro produced Black Dragon Ninjas aren't up to Ninja Ku's quality, they make perfect soldiers for Ninja-Ku's command. (An army of Black Dragon Ninjas behind Ninja-Ku and an army of Red Ninja Vipers behind Satan would be a nice way to display a ninja army.) As such, it is in that way that Ninja-Ku sees use today. The figure is somewhat brittle and is relatively expensive to replace. So, I don't really want to take him out in the rocks and water for fear of breaking or damaging the figure. In a display, though, I can enjoy the look of the figure and the way he blends with other, early Cobras without the concern for the figure's condition.

This mold was quite the world traveler. After it was used in the US, it was sent on to Argentina. There, it was released as Satan, Ninja-Ku and Cobra de Hielo. After those figures, the mold was sent on to Brazil where the mold was released in colors very similar to Cobra de Hielo. After that, the mold was returned to Hasbro where it was used in the early '90's as the Ninja Viper mail away figure. The mold was showcased in the 1997 15th Anniversary 3 packs but was not used after that until 2004. In 2004, Hasbro at least tried to pay homage to these Argentine exclusives by releasing the Red Ninja Viper and the Black Dragon Ninja. These figures were red and black paint jobs of Stormshadow. But, they both are far inferior to the Argentine originals. Ninja Ku simply blows the Black Dragon Ninja away and anyone who thinks the figures are similar enough to forego the more expensive foreign figure is shortchanging his collection by overlooking the superior figure from South America. At this point, the mold could still be used to resurrect the characters of Ninja-Ku or Satan. But, if the original Storm Shadow mold is to return, I would only want to see it in new colors (like Cobra blue!) and with all the original accessories. Anything less than that would be a cheap letdown.

In the late '90's, South American Joes were hard to come by. When one of the first carded Ninja Kus appeared on Ebay, it sold for over $400. To put this into perspective, back then most high quality, MOC 1982 straight armed figures could be purchased for well under $100 each. So, for the price of the Ninja-Ku, you could have bought a MOC V1 Snake Eyes, MOC V1 Scarlett, MOC V1 Cobra Trooper and still had enough left over to buy a complete set of loose, mint, complete with filecard Night Force figures. When put into those terms, the price for this figure was...well...nuts. But, at the time, there was no way to know that just a few years later there would be a large warehouse find in Argentina and cases upon cases of figures that included Ninja Ku would become available to the entire collecting community. But, it serves as a lesson for modern collectors who are now faced with some tough choices in regards to expensive aftermarket figures. Would you regret paying $200 for a figure if, three years later, it was available for $40? For most people, the answer is no. But, the hard realities of a fickle toy market make scenarios like that probable. So, it has to be something that the modern collector considers. I know I pay what I feel a figure is worth to me. I don't have a Cobra De Aco because a common straight arm figure like that is not worth $100 to me. But, a Mickey Mouse Cobra Commander was worth $90 to me several years ago and I don't regret paying that even now that the price for a that figure has been halved.

There is a great fallacy in the Joe world in regards to this figure and his companion Satan. Many collectors think these figures are "rare". Truth is, they are not. What they are is popular. You see, Ninja Ku, Satan and Cobra De Hielo all shipped in the same case as Sokerk, Sparta and Destro. Those three figures are easy to find and were available for about $10 each MOC for many years. The difference was that the three ninjas were substantially more popular than the others from the same case and thus sold out first and for higher prices. Back in late 2000, you could easily get Satan and Ninja Ku carded for about $25. By the end of 2001, that price was $45 or so. Now, Satans routinely sell for $100 for a MOC specimen and around $70 for a loose, mint and complete figure. Ninja Ku figures typically sell around $70 for a MOC and around $40 for a mint, loose, complete figure. Those prices are high, but they are indicative of the figures' popularity. Hasbro has tried but failed to capture the essence of Satan and Ninja Ku and that has kept collector interest in the Argentine originals very high. Long term, this isn't going to change. These are figures that will always be among the highly desired foreign exclusives. The prices, though, have likely peaked and the only future growth will be mostly inflationary. So, if you missed out on these figures back when they were cheap and plentiful you can still buy one today. You're going to pay more, but at least you're not going to have to worry that these figures will disappear forever like some of the other Argentine figures. 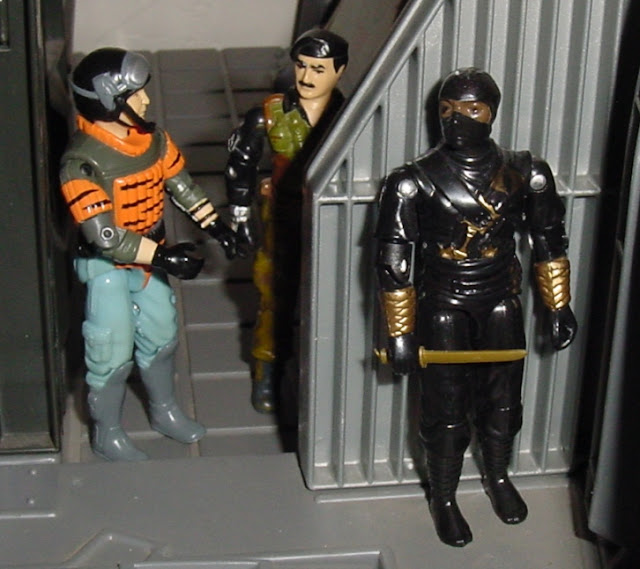 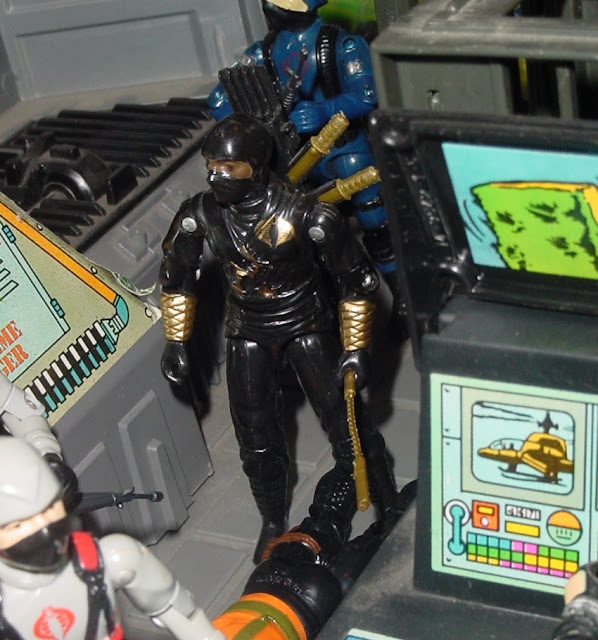 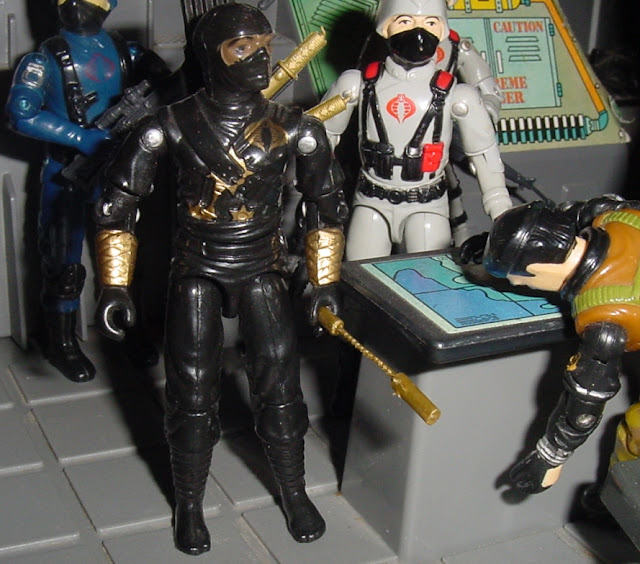 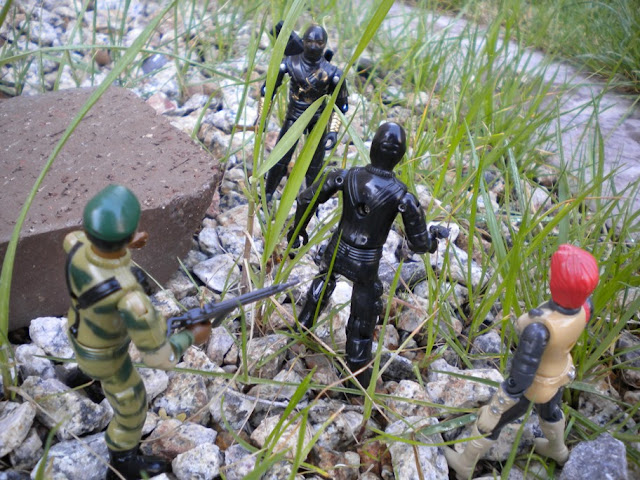 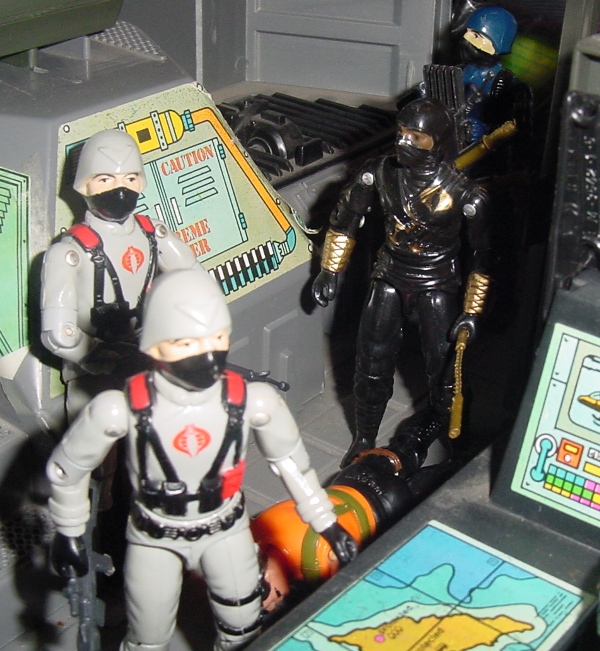