Darklon isn't a character most people care about. At worst, he is an oddity that was the prelude to the weirdness that affected the Joe line in the '90's. At best, he is an obscure villain colored in a way that renders him useless to most collectors. As a mold, though, Darklon does have promise. And, had he been colored more sanely, I think many more collectors would warm to the character. Alas, Darklon was only produced in the one color scheme by Hasbro and never appeared as a G.I. Joe figure anywhere else in the world. But, there is still hope. In 1997, Hasbro sold a group of old vehicle driver molds to the Olmec toy company. Among these molds was Darklon. Olmec put the molds into a set of figures named the Bronze Bombers. While the Darklon mold doesn't have a lot of detail, the base coloring redeems the figure mold and actually makes Darklon a character that can be relevant to the modern Joe collection.

In the Bronze Bomber set, this figure is actually named Crazeblaze. Not a bad name for the figure and no less humorous than Darklon. On the surface, this figure appears to be black. In actuality, the figure is a deep, dark purple color. As it is so dark, though, it's hard to identify it as purple. There really isn't another Joe figure I can think of that is similarly colored. The purple is offset by a nice dark beige. The contrast is stark and offsets some of the mold detail. But, as far as color goes, that's it. This is a 2 color figure. He has a base color and 1 paint application. Typically, even the blandest Joe figures from modern times have at least 4 colors on them. The best figures have 7 or 8. So, this isn't a highly detailed version that shows all of the trappings of the Darklon mold. Instead, it is a rather basic offering. But, it works. The simple colors are different enough that they appear more textured than they really are. Plus, the overall look of the figure is so different from the Hasbro version that you are drawn to the difference, not the lack of detail. As a stand alone example, this simplistic approach works. I wouldn't want a dozen different figures that only featured 2 colors. But, in rare cases, it can be effectively used to give us something different.

Ahh, what to do with Darklon? I've never been overly fond of Darklon's character in the comic. In fact, I had so little interest in the character that I only have 1 Darklon figure in my collection and it is in poor shape. I never had any interest to find a nice one since I really didn't care about the character. Now, though, this figure has given me a chance to add another Cobra leader to my mix. I don't really like him aligned with Destro since Destro already has some field generals. I have enough South American Cobras as well. As such, I see Darklon joining the ranks of those loyal to the new Cobra Commander. He will join with the characters portrayed by the Agent Faces figure. But, I see Darklon being more of a military commander. While I would like to have my new Commander be vulnerable, the reality is that he would never have risen to power without some military might behind him. The Crimson Guard provided some of that, but the Commander needs more rank and file troops, too. I foresee Darklon filling that role. A military commander of the masses who is young and ambitious. He has no sights on the Commander's job...yet. But is putting himself into positions where he can learn all he will need to know to someday take the Commander's job.

Overall, I really like this figure. Sure, it could have more painted detail. But, the overall look is nice for a Cobra leader and it does show the potential of the Darklon mold. Plus, the figure is obscure enough that when people see it, they usually mistake it for a custom or foreign exclusive. I tend to like lesser known figures like this as they add great depth to a collection. You can put together a diorama and have a figure like this milling in the background and that will generate more discussion than the main action of the picture. As a whole, I think the collecting community likes to see figures that don't get the spotlight. They don't, necessarily, want to see them in starring roles. But, as background fodder or minor players, these figures are the type of thing that distinguishes a collection from its peers. While some might take that as arrogance or bragging, I see it only as a measure of individual preference. For me, having what everyone else does takes the fun out of it. Seeing something new that I hadn't previously paid attention to keeps the hobby interesting for me.

The Darklon mold was only used by Hasbro for the original figure and then by Olmec. So, there aren't a lot of options for Darklon fans. The nice thing was that the Bronze Bomber set actually used the Darklon mold twice. The second figure is a Bronze Bomber that features an Olmec exclusive head with a grey body accentuated by dark blue highlights. Frankly, this body would work with either the original Darklon head or the one from the Crazeblaze figure and give you yet another option for the Darklon character. Of course, if you can't find the Crazeblaze, it's not likely you'll find the other Bronze Bomber who uses the Darklon mold, either. The sad reality is that the molds used by Olmec are gone. Olmec had issues with the federal government and is defunct. The molds they were sold are gone and there is little hope we will ever see any of the molds from the set resurrected in any format. It's a shame as there are some great molds in the Bronze Bombers set. But, most of them have decent Hasbro figures and some that don't, like Darklon, were done well enough by the Bronze Bombers that collectors have a nice variety to add to their collections.

If you want this figure, it is not easy to find. When you do see them for sale, they will easily fetch $25-$30. But, there is hope. Most toy dealers who have a passing interest in Joe will occasionally find Bronze Bomber figures. Usually, they will not know what they are and will either mislabel them (often as Funskool figures) or toss them into bargain bins. If these dealers do know what the figures are, they rarely realize how much Joe collectors are willing to pay for individual figures: especially the Cobra molds. I found this figure in a bargain bin at a toy dealer for $3. In the past 2 years, I've found 2 Bronze Bomber figures like this. So, it can happen. It's not likely that it will happen to you tomorrow, but usually, in time, you can get just about anything for a fair price. This is the best version of Darklon. But, it's Darklon. If a Bronze Bomber were the best version of Stormshadow, Cobra Commander or Snake Eyes, then I've have no issue with paying the high price tag. But, my collection is complete without a Darklon. Granted, it's more complete with him. But most collectors wouldn't consider Darklon to be one of their essential characters. As such, for most collectors, it's worth waiting to find this guy on the cheap. This figure was well worth the price I paid for him, but I know that I wouldn't have paid much more just to get him. 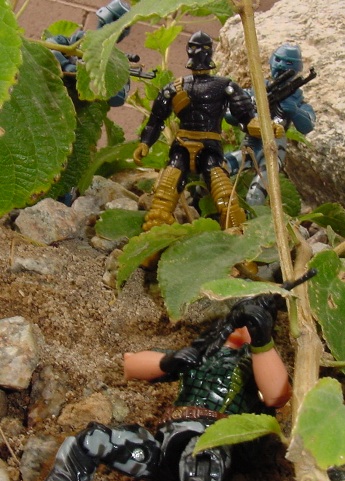 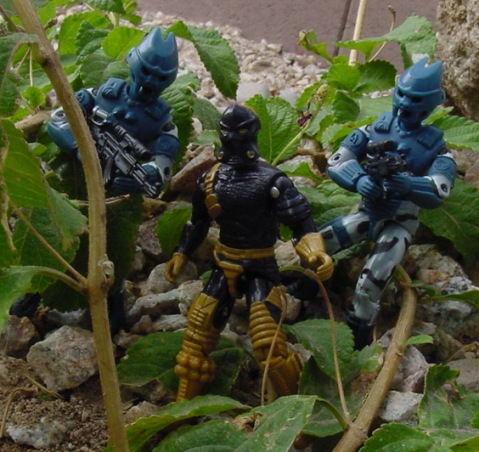 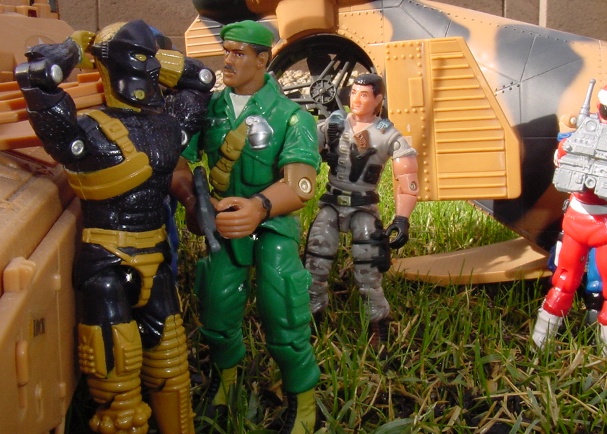 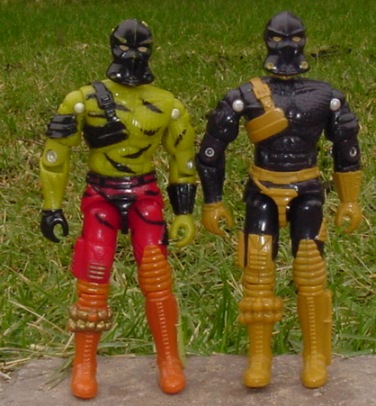 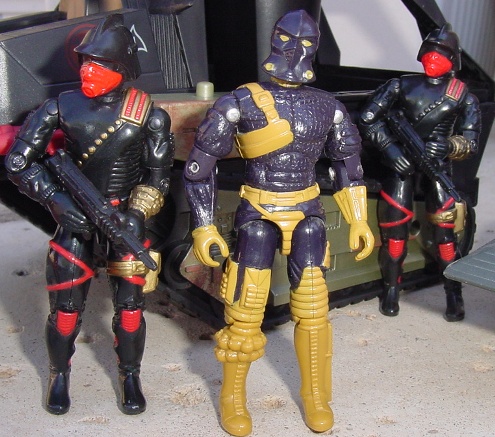 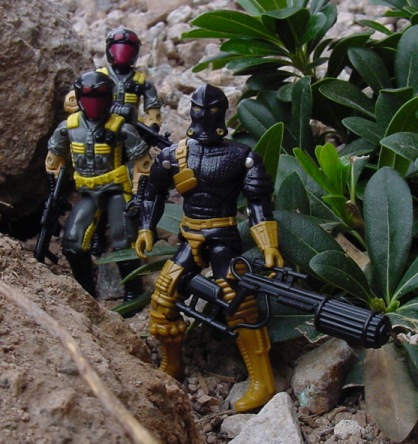