Simply put, the Oktober Guard were the figures most requested by collectors since...well...since they were introduced back in the first year of the comic. Hasbro attempted an Oktober Guard 3-pack in 1998, but it was met with lukewarm collector interest and went on to become a massive pegwarmer. That set, though, didn't feature any of the classic Oktober Guard characters. In 2005, Hasbro made another attempt and, this time, hit much closer to the mark with their products. Of the 5 members of the Oktober Guard who were immortalized in plastic at that time, it is Horrorshow who stands above all the others as an achievement worthy of collector expectations.

Of all the Oktober Guard characters, Horrorshow is probably the favorite among collectors. Daina has her fans. But, at the end of the day, there is simply no other character like Horrorshow in the rest of the Joe mythos. He had a distinctive look and an abundant characterization that combined to create one of the iconic characters in the original comic book run. When Larry Hama killed off the Oktober Guard in the comic, it was Horrorshow that I missed the most. The rest of the Oktober Guard characters could be replaced rather easily with new characters that were similar in style and personality. For Horrorshow, though, that would have been much harder since the character was so unique. His massive physique, out of control appetite, larger than life mustache and general buffoonery were an odd combination that simply clicked on every level. As a toy, though, Horrorshow posed some problems. The other Oktober Guard figures were easily cobbled together from various existing parts. Horrorshow's look, though, had no existing counterparts in the vintage line. It was a problem that had confounded customizers for years and was the one stumbling block to Hasbro releasing an adequate Horrorshow figure.

Fortunately, Hasbro had a solution. To create this figure, Hasbro sculpted a new head, chest, arms and waist. This is the first ARAH style figure in the modern line to feature any newly sculpted parts other than a head. (A few figures such as the Cobra Infantry, Crimson Guard, Anti Venom Mutt and Lady Jaye are actually new molds, but they were based on the original molds rather than all new sculpts.) The legs are from the remade Cobra Soldier and Scrap Iron figures. The overall look of the figure is nothing short of spectacular. It perfectly captures the design of Horrorshow as he appeared in the comics. The new parts give the figure an authenticity that is missing on the other 4 Oktober Guard figures. But, they are not without their drawbacks. First, Horrorshow is supposed to be HUGE. This figure isn't sculpted huge. Instead, he is actually smaller than the other Oktober Guard figures who use figure molds from the '90's. Among figures from '84 and earlier, Horrorshow fits better. But, as soon as he's showcased with molds from '85 or later, his lack of size becomes more apparent. More importantly, though, is an aesthetic decision that was made regarding the figure. Horrorshow wore a long, quilted coat. It extended below his waist. To capture this, Hasbro sculpted the waist piece to extend the coat from the torso. When the figure is standing up, this little detail adds remarkable depth to the Horrorshow figure and is really a key to what makes the figure special. Unfortunately, this aesthetic hinders the movement of the figure and Horrorshow simply can not sit down. In the grand scheme of things, this shouldn't be a big deal to most collectors who simply display figures. But, it is an annoyance when you try to pose the figure or take photos of him. Given the choice, though, I'll still take the sculpted coat on the waist over the normal movement. Were I a kid, though, I don't know if that would still be the case.

Horrorshow's accessories are adequate. While the rest of the Oktober Guard featured accessories that I found to be fairly mundane and out of sync with the figures, Horrowshow's weapons worked. He includes an RPG that is close to the one he used as his trademark weapon in the comic. It isn't 100% accurate, but what Joe accessory really is? This was really all he needed, though, for good measure, he also included a backpack. If you want to properly accessorize your Oktober Guard figures, though, head over to Marauder Inc. and buy one of his weapon sets. It's a lot easier than trying to find replacements for your other Oktober Guard figures and you get a more accurate weapon for Horrorshow to boot.

In my collection, Horrorshow is pretty much as advertised. There isn't much I could do with him that was out of character with how he was presented in the comic. But, as the character was killed in the comics, I do find that I don't really use him, or any of the other Oktober Guard figures. They will have a place when I finally get around to getting a nice display case for my Joe figures. In the meantime, then wait in their drawer: rarely seeing any attention beyond the rare profile like this one.

The one aspect of Horrorshow's character that I think is under-explored, though, is his relationship with Col. Brekhov. In the comics, it is implied that Brekhov and Horrorshow have the deepest ties of any Oktober Guard members. From the simple act in the second yearbook where the two are tossing a bottle of vodka back forth to Brekhov's final words to his dead friend's body in their final minutes, you can see the Horrorshow and Brekhov are the two closest members of the Oktober Guard. They seem to be the equivalent of Stalker and Snake Eyes on the Joes: great soldiers whose past experiences have bonded them in ways that most people can simply never comprehend. It is in this regard that I think the character of Horrorshow could be further utilized. How did he meet Brekhov? What sort of missions did they undertake prior to the formation of the Oktober Guard? What were Horrorshow's true political leanings? These are questions that could easily be explored at some point in the future.

It is that direction that I have taken the Horrorshow character. I see him in the past, serving the Soviet Union at the height of its power. Horrorshow and Brekhov were the ones sent on the worst missions into Afghanistan, the Soviet states and Siberia. They were sent after military rogues who had stolen nuclear warheads. Often times they would work with agents from Argentina, Brazil and Europe. In fact, one of the themes I have in my collection is that Brekhov only accepted Daina into the Oktober Guard because she reminded him of Quarrel. The truth is that the notion of the Oktober Guard is an anachronism in our post Cold War world. Keeping them in their own time seems the best way to utilize the characters.

Horrorshow is the single most expensive figure that was released in the comic packs. Today, you can purchase the entire comic pack still MOC for around $30. If you just want Horrorshow, though, mint and complete with filecard he will typically run between $16 and $19. That's pretty pricey for a modern figure. But, this is the only way to get the Horrorshow character in toy form and he was part of an underproduced wave of figures. On top of that, there are many collectors who had no interest in any of the modern Joes except for the Oktober Guard figures. So, there is a higher demand than there is for most other characters. For the effort that Hasbro put into this figure, that's not a price I'd have a problem paying if the figure were not part of my collection. I hold out hope that, at some point, Master Collector or another exclusive Joe seller will revisit the Horrorshow mold as a convention exclusive or that some enterprising retailer will realize the potential of high quality ARAH Joe figures and produce a repainted Horrorshow. But, even if one of those were to happen, it is unlikely that the new figure would be much cheaper to acquire than the original. So, what to do??? Personally, I'm happy to see this character in toy form...even if the figure has its flaws. If we waited for every figure to be perfect, the Joe line would have about two dozen figures that would pass muster. So, flaws and all, in the case of characters like Horrorshow, I'll take what I can get. 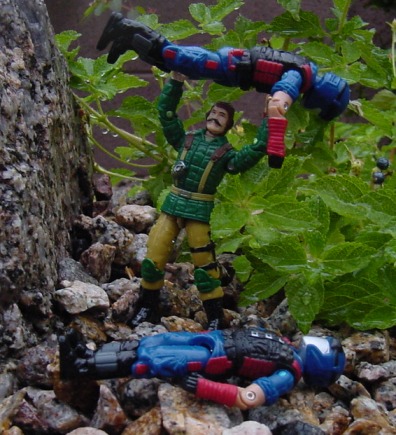 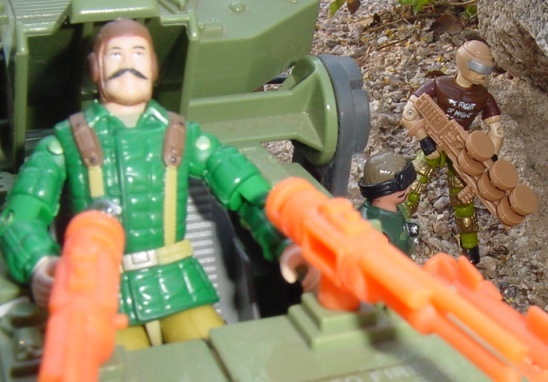 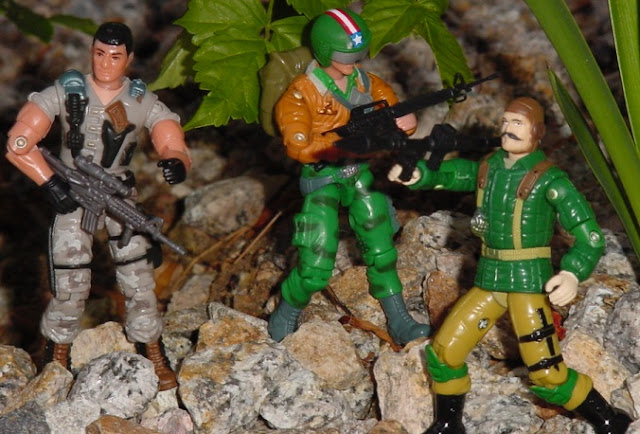 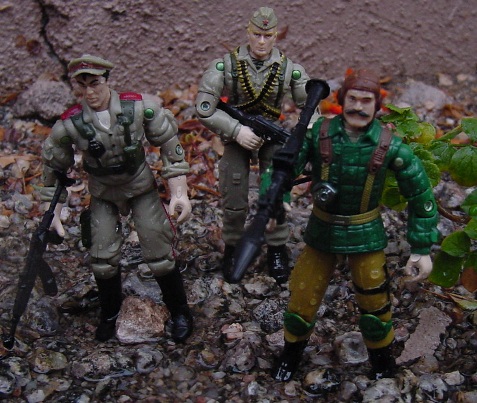