Given the benefit of time and perspective, it becomes clear that the original comic packs were a great idea: just horribly executed. While the character choices were rather strong, there are few comic pack figures who really stand apart on their own. Most are inferior to their original versions. Even the characters only available in the comic packs are largely lacking in some respect. But, there are some gems. Most of them are well known to collectors and have, thusly, enjoyed some aftermarket appreciation. But, others are largely unheralded and relegated to trash heap of collectordom. There are myriad reasons for this, but many of these figures deserve a second look. Perhaps the most glaring example is the 2005 Comic Pack Firefly.

Firefly is one of the stalwarts of any vintage collection. During the heyday of the Joe renaissance, complete Fireflies easily hit the $40-$50 range. Hasbro was quick to realize Firefly's popularity and found ways to get repaints of the character rotated into their modern releases. The first was in 1998. This arctic version was a new take on the character and brought another dimension to the Firefly mold. The 2000 version was reminiscent of the original, but still different enough that it had some use. The 2002 version was less useful as it was kind of crimson but not quite. In 2003, the mold found use as Wreckage as well as in 2 convention releases. These both offered different takes on the Firefly character. But, collectors were getting tired of the mold. In 2004, Hasbro brought the mold out again. This time, though, they released a figure that was probably the best version of Firefly up to that time. The Urban Strike Firefly featured classic Cobra colors, his original accessories and a complex paint mask that featured a full 7 different colors. It is an amazing figure and was the last Firefly collectors needed. But, Hasbro wasn't done. In early 2005, they took the same paint masks from the Urban Firefly, replaced the blue with red and released the Crimson Firefly. It's not a bad figure, but was overkill that diluted the definitive, earlier release. But, Hasbro was not done. In mid 2005, they released this final version of Firefly as part of Comic Pack #49. This figure featured a new head mold, his original accessories and colors that hearkened back to the original: only more complex and modern. The result is the best version of Firefly ever released.

If you had asked me how to improve the Firefly mold back in 2004, I would not have suggested a new head. However, this one little detail rejuvenated the entire Firefly mold and made it matter. It's not so much the fact that the head is new. Instead, it is that this new head is substantially better than the vintage version. Most of the comic pack figures featured new heads. But, almost all of them were either downgrades or equals to the vintage heads they replaced. Not so with Firefly. This new head brought a dimension of anger to the character. He was no longer just small eyes behind a grey cammo'ed mask. Now, his head had some character. The slightly furrowed brow and more pronounced chin give Firefly a more distinct and stronger look. Gone is wide eyed youngster from 1984. Instead, you see eyes that are more grizzled and show the hardship and destruction that a character like Firefly would have wrought in his lifetime.

The colors on this figure are basically the same as the vintage version. However, they have been modernized to an extent that leaves the original figure more dated than I would have thought. The cammo patterns are tighter and the base grey is slightly lighter than on the vintage figure. The result is a figure that is brighter overall and photographs better than the original. This figure also features more painted details than the original. However, it should be noted that the Urban and Crimson figures have more paint applications and do have more details painted than this version does. Regardless, this Firefly still features additional paint applications that were sorely lacking on the original figure. The silver grenades and black straps and holsters give the figure more depth and make him more visually appealing than the original. Overall, the coloring is just an upgrade in total. When you look at this figure, you know it is Firefly and you recall the vintage release. This one is just superior. It's too bad than can not be said of more of the comic pack figures.

This Firefly is now my de facto mold for the character. While I still have some vintage versions around, they have been surpassed by this release. The better coloring and less brittle plastic has made my vintage figures less necessary. That isn't to say that this version has surpassed the vintage in terms of significance. But, when I need to use a Firefly figure, this is the version that is more often chosen. The inclusion of all the original accessories in black help keep this figure on a more even keel with the 1984 version and also reinforce how important the right accessories are to most of the vintage Joe molds. Comic pack figures that would have been OK, like Flint, Tunnel Rat, Zap and Short Fuse, were made less useful by Hasbro's failure to also include remakes of their vintage accessories. Without them, these figures lose the characterization that made them so vibrant. So, that is another of this Firefly's strengths.

The Firefly mold history was well chronicled above. In addition to those uses, Firefly also saw time in India and was released by Funskool. In India, the mold was altered so the figure's backside read "Made in India". This was erased (poorly!) by Hasbro starting in 1998. This comic pack figure, though, was likely the result of a slightly refurbished mold. The remnants of Funskool are gone on this figure and many of the mold details that were starting to fade away in earlier Firefly releases have been sharpened up and are once again crisp and clean. As such, the figure seems "newer" than even the awesome 2004 release. A simple mold cleanup and a new head were all this Firefly needed to have some new life breathed into him.

With this new take on the mold, I have brought a new take on the Firefly character. While he is still a saboteur, I now see Firefly as an information broker as well. Firefly has great infiltration and forensic skills and he puts those to use in gathering information on his enemies and his employers. The result is the ability to sell information to competing factions or to protect himself from some of his more ruthless clients. My new Firefly is younger, not associated with Snake Eyes or Storm Shadow and has a background more steeped in law enforcement and intelligence than straight military. Firefly is now the first person brought in when a murder is committed on Cobra Island. He knows all the players on the island, is familiar with their politics and alliances and knows who has the will and motives to kill. That isn't to say that he won't protect the guilty if it serves his own ends. But, it also gives Firefly more power than a simple saboteur would otherwise have.

The sad reality is that this figure was a remarkable pegwarmer and is criminally cheap on the secondary market today. At first, the comic pack including this Firefly was well received. It came on the heels of the hard to find Oktober Guard packs and collectors were ready to buy. The packs were slow to trickle out. So, for a while, this pack actually commanded a premium on the aftermarket. But, after a few months, that ended. Slowly, these packs backed up at retail. And, with the end of the retail line imminent, many stores clearanced these packs at steeply discounted prices. On top of that, many discount retailers also received shipments of this comic pack assortment and sold them for 1/2 the original retail price. The result was a surplus of these packs in the marketplace. As such, you can still buy a MOC version of this set for around the original retail price. If you are only after Firefly, you can get them for around $3. At this price, this figure is a no-brainer and it is a shame that a figure of this quality is relegated to such a cheap fate. But, that is the reality of the modern toy market. But, it gives new collectors a chance to add the best version of a major character for a fraction of the cost of the original figure. That's a good thing. 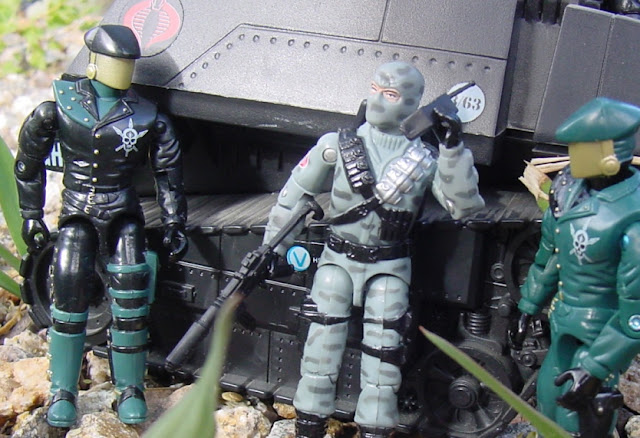 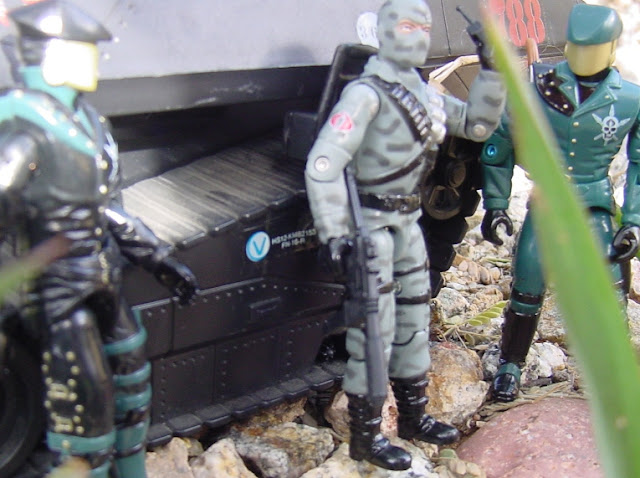 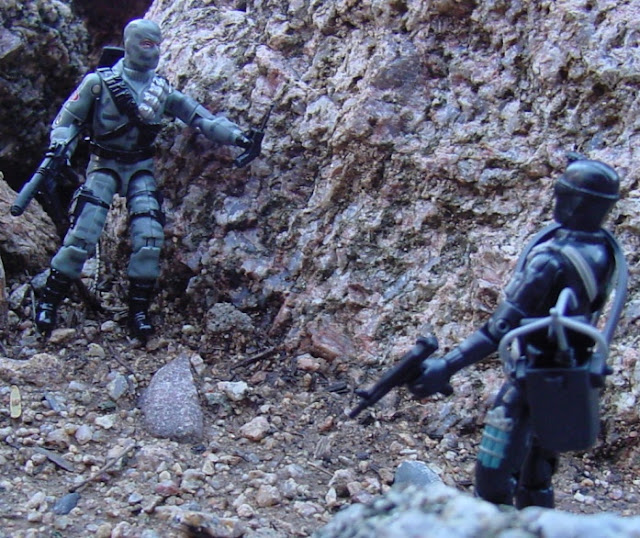 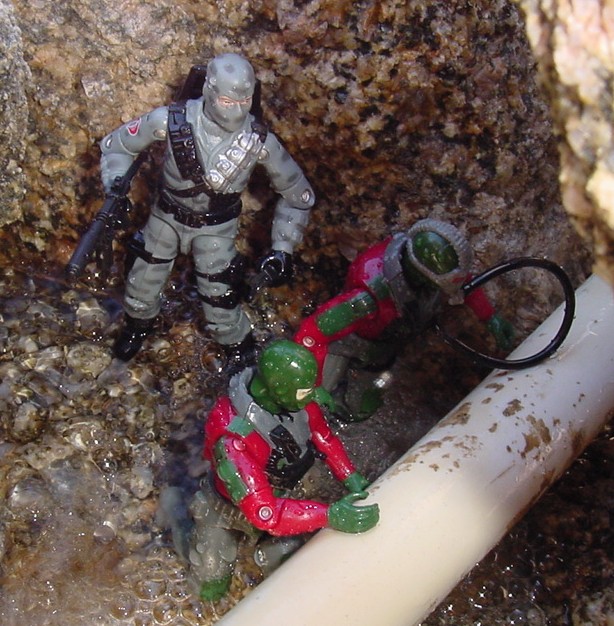