Duke is an iconic Joe figure.  There is no denying his presence in either the comic or the cartoon.  He became a major player from his first introduction and has remained a mainstay in Joe lore ever since.  He can be a polarizing figure, though much of that has subsided in recent years.  But, he remains popular.  By far, though, his iconic look is the khaki and green V1 figure originally released in 1983.  It is Duke's most popular look and the one that instantly recalls the character.  The V1 figure, though, was largely an American character.  Internationally, Duke was less important.  He appeared in Action Force, Japan and, later, in Tiger Force colors in Brazil.  But, that was about the extent of his international excursions.  However, in the '90's, an Easter egg showed up in a small carded series of figures meant for the Chinese market.  Among this small subset of figures was a newly created version of V1 Duke.  The mold changes were not nearly as significant as those to other figures in the set.  But, they are enough to warrant a profile of the Chinese Exclusive Duke figure.

The V1 Duke mold is a combination of early Hasbro coupled with the peak years of Joe design.  At his core, Duke's genius is the simplicity.  Unlike many of the 1983 figures, Duke follows the basic design of the original 13 Joes.  He has a basic military uniform in colors that befit the purpose.  He is not outlandish like Gung Ho nor environmentally themed like Snow Job.  He is just basic.  But, Duke goes to another level beyond the original Joes.  He features more detail on his shirt, down to the golden eagle on his chest.  The bandolier is better sculpted and his leg holster is better defined.  In short, Duke is the logical evolution of the original Joes.  By 1984, he was somewhat basic as opposed to his contemporaries.  But, he fit so well with the collection that you still could not dismiss him.

For accessories, both the original Duke and this Chinese version are well equipped.  However, Duke had the distinction of reusing most of his accouterments from earlier figures.  His machine gun is a version of the V1 Stalker's classic M-32, only cast in the standard 1984 green.  His helmet is a rehash of the original from 1982.  His backpack is a hybrid.  The design is the same as that from Airborne.  But, Duke's version was lacking the cross design in the back.  From the outside, it appeared the same mold.  But, it was new.  (It is also a different color, so don't get fooled on that.)  Duke's only original accessory is the binoculars.  This is a great example of how Hasbro could repackage some earlier parts from time to time to save money.  But, they used items like the different coloring and including something new enough that it kept the figure exciting.

The Chinese Duke really has two major differences from the American figure.  First, he uses the waist from the 1983 Cobra Officer rather than the original Duke waist.  The more noticeable deviance, though, are the arms.  The original Duke arms feature rolled up sleeves.  Near the end of the run, Hasbro lost the mold and switched the sleeves to a full length cuffed mold.  (This is the most that was used on the Japanese Duke from Takara.  But, some were also released in the US.)  This Chinese figure, though, features a third arm construct: this time using the arm molds from Hit and Run.  Really, the result is mostly the same figure as the American version.  But, with enough differences to make it worthy of an international variant distinction.

The Chinese figures are very odd.  Released around 1993 or 1994, they featured a great assortment of classic Joe molds, newer versions of classic characters and two completely newly amalgamated figures.  They were made by Hasbro in the same factories as U.S. Joes.  So, the quality of the figures, accessories and cardbacks are the same.  Some Chinese figures are harder to find than others, but all are basically available.  The real question is why were 2 unique figures made by Hasbro for this market?  It has always seemed odd to me that Hasbro would have gone to the lengths they did to make Flint and Major Bludd.  Were these 2 figures that were planned for either a late 1994 or early 1995 release and were far enough along in the process that Hasbro just released them into whatever distribution method they had available?  Were they just anomalies where Hasbro designers got to quickly match up figure parts to fill an order?  At this point, we don't know.  But, the 2 figures are an insight into the oddities that surrounded Joe's final years.

The Chinese figures also pose another problem.  If you look at the figures released in the series, most of the molds returned in the 1997 - 2004 timeframe as comic pack, TRU or full retail release figures.  There is one glaring omission and that is the V1 Cobra Commander.  The mold was used in the Chinese Joe exclusives but then "lost" and never seen again.  How would such an important mold be the only one of the Chinese figures to disappear?  Again, another mystery.  But, even the Duke released in 1997, just three years after this version, used different parts.  So, maybe some of the molds were lost or damaged.  But, it is curious that the most popular mold from the Chinese figures is the one that disappeared.

As a character, there is no ignoring Duke.  I figure acquired the American figure as a mail away in January of 1984.  I was sorely disappointed just a few weeks later to find the first 1984 carded figure hanging in Kohls store was the Duke I had gotten via the mail.  Regardless, Duke quickly became a valuable part of my collection.  Duke's filecard mentioned his flight training and he quickly found himself as the co-pilot of the Dragonfly or manning the second seat in the Skystriker.  I didn't see Duke as the leader of my Joes as much as a new recruit who was highly trained.  By the summer of 1984, that had changed and Duke took more of a leadership role in my collection.  But, even this was short lived.  By 1985, Flint had arrived and taken over Duke's slot as the combat leader of my Joes.  By this time, I had three or four Duke's in my collection (my brother's had also gotten mail away figures) and they quickly became custom fodder for other figures in my collection.

Today, though, Duke has a greater role.  As my collection is mostly limited to figures from 1986 and earlier, Duke has a more prominent place.  Having this Chinese version allows me to have multiple Dukes around without having redundant figures.  It's a small difference: having a foreign figure nearly identical to the American versus having 2 American figures.  But, it is an area of collecting I appreciate.  So, figures like this Chinese Duke take on greater importance than they would otherwise have.

All of the Chinese carded figures are rather easy to find.  Huge quantities of them were available at American discount stores in the mid '90's and most of them remained carded as they were snatched up by enterprising dealers and collectors.  On top of that, loose Chinese Dukes turned up en masse in Asia in the mid 2000's.  So, tons of loose figures were loaded into the market.  As such, loose figures are cheap, though most of the stock has been absorbed and they are tougher to find than they used to be.  Carded Chinese Dukes, though, do get somewhat pricey.  Since it is, essentially, the V1 Duke on a card with his original artwork and original accessories, collectors have taken to the figure moreso than even the Chinese exclusive figures.  But, if you want a pristinely mint version of Duke and don't want to spend a ton of money, the Chinese version is a great alternative.  Most collectors wouldn't be able to tell the difference in pictures.  So, it is a worthwhile acquisition from that standpoint.  But, as an essential foreign figure, if you already have the V1 American Duke, this is a variant that can be skipped.  It doesn't offer much to a collection beyond filling out a roster.  But, for the price, that is an acceptable fate for a figure like this. 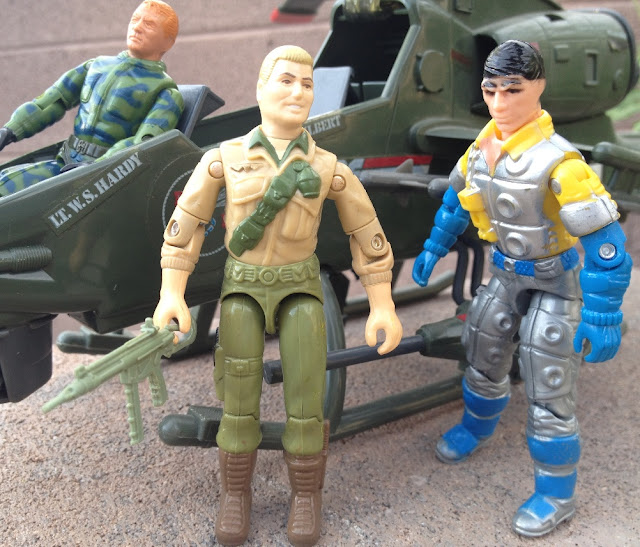 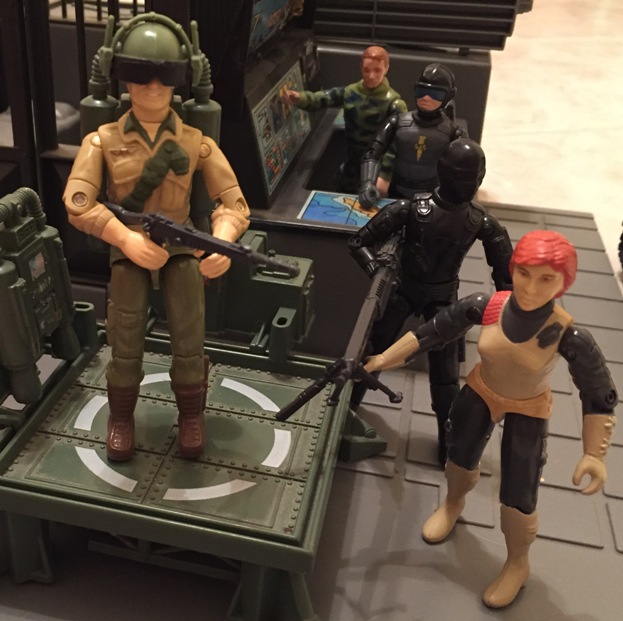