Back in the summer of 1995, I was on a quest to find every single remaining G.I. Joe figure that was still available at normal retail outlets. The pickings were very, very slim. By that point, the figures that were left tended to be lesser characters who were packaged with neon weapons. I started a simple policy, I bought any figure that had black weapons. This lead to my purchase of some fairly dismal figures, but also allowed me to acquire a few figures that turned into important elements of my growing collection. One day, I found the final figure that was left in a local Target store. It wasn't even on the pegs and was just sitting on the shelf. Labeled slots for G.I. Joe figures were gone, by then. If you could find a lone figure like this one, you bought it. The fact that it was a figure that I didn't have already was also an enticement. On top of that, the figure came with black weapons. The final piece that gave an inkling of how much fun I would find this figure to be was the fact that it was a remake of one of my favorite childhood characters: Flint.

Perhaps my favorite element to this Flint is his accessories. Unlike the original version's shotgun, this Flint's weapons were not original. They were, though, still spectacular. He included the standard Hit and Run rifle, but also a smaller, slimmed down version of Big Ben's machine gun. Unlike Big Ben's weapon that played more like a large, heavy rifle, this version of the gun is more in line with an infantryman's gear and is my weapon of choice with this figure. The other gun he came with is a slightly retooled version of Sidetrack's gun. Again, the slimmer appearance made this gun my favorite weapon to be used with the only 1994 Cobra trooper I could find, the Viper. This assortment of guns was enough to make me seek out additional specimens of this figure in order to increase my weapon reserves in those pre-Ebay days.

The moment I first opened this figure, he became my favorite. At that time, I had a stash of about 30 figures that were available to me. Most of them were lame, off conditioned figures that I hadn't bothered to attempt to save from my childhood. I also had a couple of newer figures that I had bought at retail like General Flagg, 1994 Shipwreck, 1992 Wild Bill, 1994 Viper, and the Crimson Guard Commander. From this eclectic mix of different figure generations I was able to create storylines that continue even to this day. It has also lead to the enduring popularity of these figures in my collection. You will notice throughout the many profiles on this site how often I refer to the days of 1993 through 1997. Those were the times when my collection was small and I didn't have the means to expand it. As such, the figures I did have got lots of use and have remained sentimental favorites far beyond even the figures of my youth. That's why I have such an emphasis on the post '87 figures here. Everyone seems to like and remember those older figures. For me, it's the newer and more obscure guys that make Joe fun. It takes a lot more imagination to come up with a role for many of these later figures than it did for those early ones. To me, Joe has always been about that.

This version of Flint became the 1992 Wild Bill's sidekick. Wild Bill was the strategist and money man for a criminal empire. When he left to ally himself with the character portrayed by General Flagg, he needed an excellent fighter to help keep him safe. He took this character because he was the best, but also because this version of Flint has a deep, dark secret that the Wild Bill character knows. The two are friends, but the fear of each of their power makes for a wonderfully symbiotic relationship. (You can read of more of their exploits in my Stretcher profile.) As time wore on, though, Wild Bill had less and less need of this character's services. He then became a loner who often appeared at just the right time. In the final picture below you see the figure in a desert poncho that is from one of the Star Wars Episode I accessory packs. (Also see Stormshadow for more examples of these great accessories.) When the character wore this, it symbolized his movement away from his friend and allowed him to become more of a Joe-allied mercenary.

In the past few years, though, my collecting focus has really shifted. I moved beyond individual characters and started building armies, both Cobra and Joe. Once my figure count rose to over 4 digits, I no longer had any desire to utilize the small bands of fighters that had been the hallmark of my early Joe days. As such, this figure moved closer and closer to the bottom of my 1994 Joe drawer. Recently, though, my time has been more limited. If I want to utilize some of my army builders, I take half my available time just getting them out and properly accessorizing them. Rather than do this, I've seen my focus once again shift back to smaller, more specialized storylines. Figures like this Flint are starting to once again play an important role in my collection. I've said many times over the past few years that I appreciated my collection much more back when it was significantly smaller. As I downsize the collection I once had, I'm starting to rediscover that appreciation once again. With it comes the resurgence of figures like this one.

Like all of the 1994 releases, Flint isn't difficult to find. You do, though, have to expand your mediums to acquire one. Most '94's are readily available if you want a carded specimen. If you want them loose, mint, and complete, you will be in for a much longer, and harder, search. However, just because they are carded does not mean they are expensive. Most '94's, with the exception of the Alley Viper can still be purchased for under $10. At that price, you can't go wrong. Also like most other 1994's, there are two versions of this figure: one with painted highlights and one without. As variations go, it is mundane. However, it helps explain why some people like this figure and others don't. With the highlights painted, the figure has more detail and is more in line with earlier releases. Without the highlights, the figure starts to appear bland and blend in with other figures who lack pizazz. The good part is, neither is tougher to find or more expensive than the other. At any rate, the 1994 Flint is a figure that most people pass by. He is not, though, one that should be. He is just another example of a great figure that was released in 1994 after most people had given up on the less than stellar 1993's. That allows the modern collector the unique opportunity to acquire a great mold of a popular character without breaking the bank. It is not an opportunity that I see lasting forever, though. The '94's were produced in smaller quantities than any other year. Not taking advantage of Flint's availability now many one day come back to haunt you.

This figure is great, but I don't need any more of him. However, I do need the repainted version of this mold that is currently available as Rock and Roll from the new headquarters. If you have one of those with which you wish to part,email me. 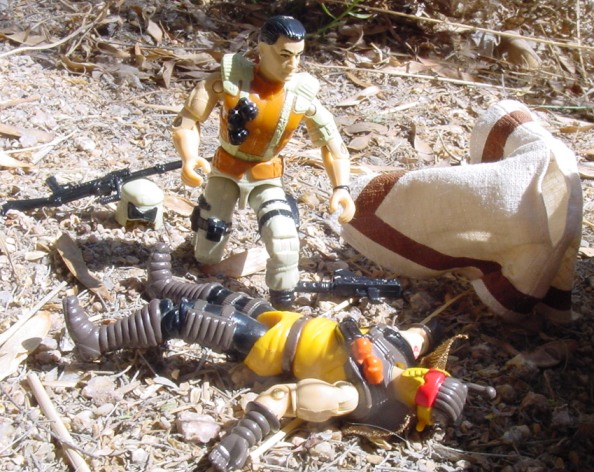 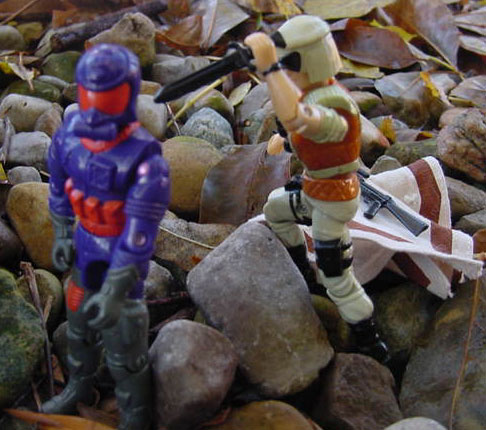 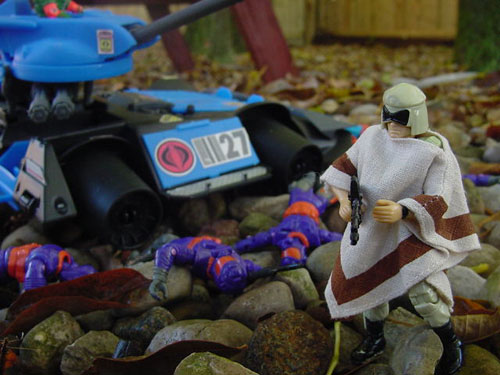 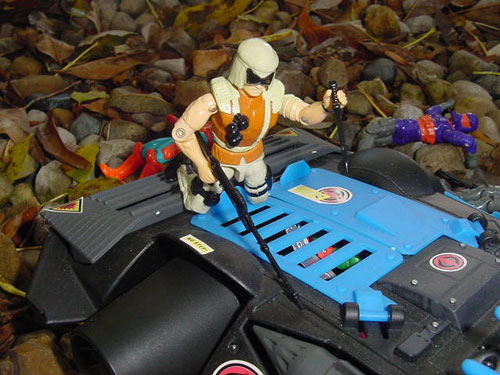