Back in the summer of 1985, I went to a Kohl's store. As my mother browsed for clothes, I strolled back to the toy department. In those days, stores like Kohl's had fully stocked toy departments year round. As they weren't a traditional toy store, though, they usually had a few toys left over from prior years. Among the older stock that they still had in stock was a swivel arm Cobra Trooper and an Asp. As I had some lawn mowing money, I decided to pick up both items. I had long wanted the Cobra Trooper and the Asp just looked like it would match him. When I got it home, I quickly realized just how neat the Asp really was. I had had Whirlwinds when I was younger, but had never really fully appreciated their uses. By the time I had the Asp, though, I was able to utilize it more effectively.

The Asp is unique in that it is one of very few portable weapons that were ever offered for Cobra. One of the great innovations of the Joe line was the addition of tow hooks to vehicles. This little design feature allowed for Hasbro to create a line of supplemental vehicles that could be towed behind the primary jeeps and tanks that comprised the basic line. While the Joes got several of these in the line's earliest years, Cobra was neglected. However, the Hiss Tank did have a tow hook on it. So, when the Asp was released in 1984, Cobra had its only mass-retail released battlefield emplacement that could be hauled into combat behind their flagship tank.

The Asp is a simple concept. It is just a gun emplacement that really isn't all that innovative. However, the level of detail and movement gives this toy something that was severely lacking as the line moved forward. The Asp can swivel 360 degrees. The main cockpit can also raise up to facilitate better sight angles for the gunners and to allow easier access to the unit. It gives the toy a lot more play value than was offered on the Whirlwind. The other thing it gives the Asp, though, is some bulk. The extra features mean the Asp is larger than it might need to be and would allow for pilots to better pinpoint Asp emplacements from the air. The deep blue color, while in stride with the Cobra theme of the time, is also difficult to hide in many settings. This does not diminish from the overall coolness of the Asp, but is something to be considered. (Especially if the Asp mold has been recovered from Brazil. This would look great and be well received as a repaint!)

In my collection, the Asp is used in multiple ways. I use them as the primary anti-aircraft defenses at any Cobra installation and envision them being placed all over Cobra Island as both a deterrent to any aircraft as well as defense against any enemy. I also use them, though, as part of Cobra's roving armies that are placed all over the globe. The Asp provides portable firepower for these smaller units without taking up too much space. In these settings, they are used both as anti-aircraft weapons as well as first strike weapons that are used to soften a non-military target before the Alley Vipers move in.

In their day, Asps retailed for around $5 or so. Now, they still aren't that expensive. Even with all the little parts, you can get complete Asps for decent prices. As I consider them essential to my Cobra defenses, I've found myself with multiple Asps. They do work great in multiples, though, and I've found them a valuable addition to any Cobra convoy I might put together. Hopefully, as we go forward, the new Joe line will move away from the smaller vehicles like the Venom Cycle and look to towable items like the Asp as future offerings. I think a gun station like this could be designed in a way that fits with the newer vehicles but would still offer collectors some realism. I know I would welcome the attempt.


Asps are a neat idea and the type of thing I think could be integrated into the new line. Do you? 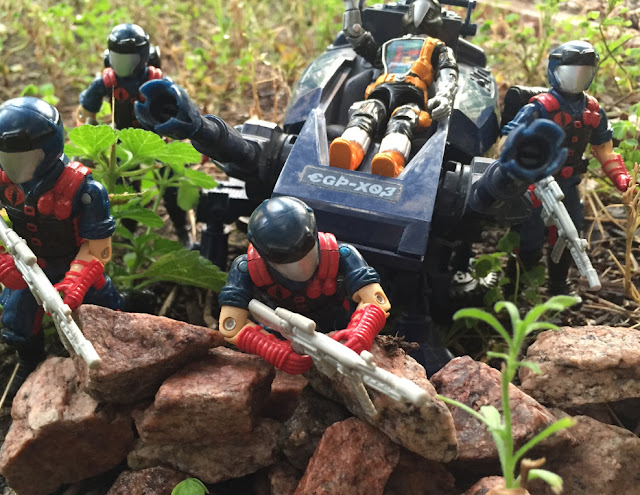 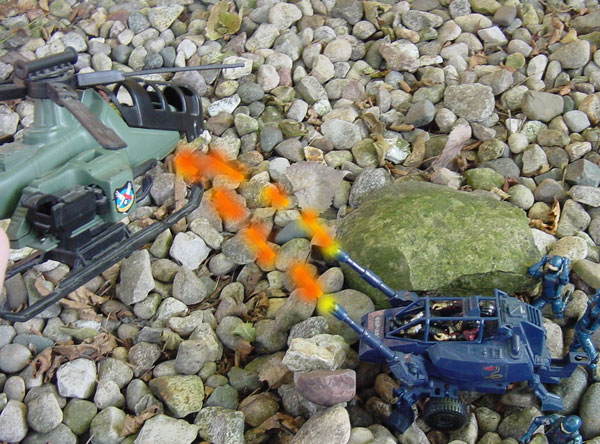 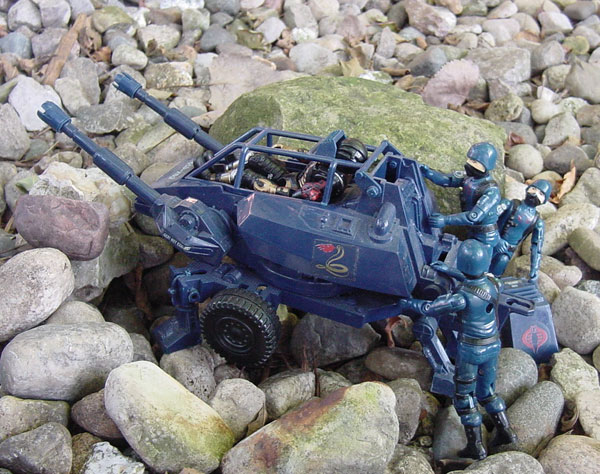 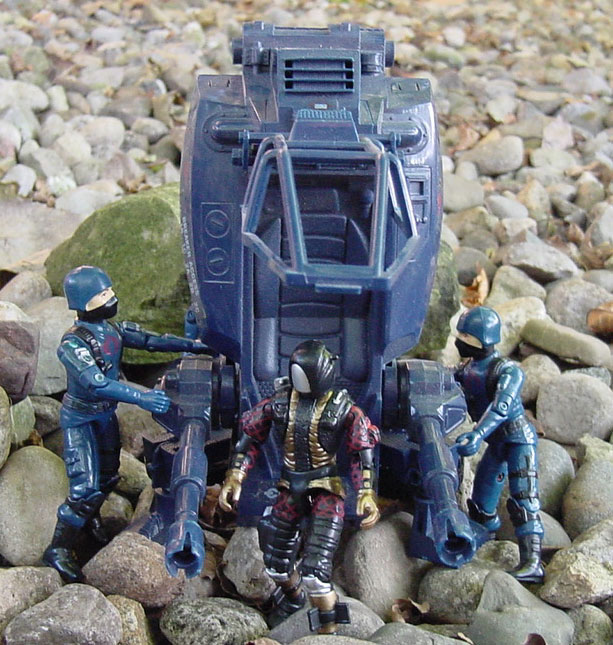 Posted by Robot_Sonic at 8:43 AM
Email ThisBlogThis!Share to TwitterShare to FacebookShare to Pinterest
Labels: 1984, ASP, Vehicles