Fortunately for Star Brigade, most collectors still hold the Eco Warriors as the worst subset ever in the Joe line. If there had been no Eco Warriors, though, Star Brigade would surely hold that dubious honor. If you are looking at the Star Brigade figures from 1993, this reputation is probably somewhat justified. However, if you look at the 1994 Star Brigade offerings, you see that while the colors are bright, the figures themselves are appealing in many ways. As a team, they have a cohesiveness that is aesthetically pleasing while using molds that complement each other and that are visually interesting. I have long been an ardent supporter of the Star Brigade concept and think the figures deserve another look from most collectors.

Originally, this mold was not intended for use as Payload. If you look at the back of the earliest 1993 Star Brigade cardbacks, you will see a V1 Payload mold painted in green and black. This was the original intention for the Payload figure and would have made sense in a series of astronauts. However, Hasbro could not locate the V1 Payload mold (most likely because it was in Brazil where Estrela released it as Orbita) so they dusted off the Barbeque mold from the now cancelled Eco Warriors line and used it for Payload.

In the spring of 1995, I purchased my first 1993 green Payload at a KB Toy Liquidators in Indianapolis. Initially, I wanted to use the figure as a pilot as, at that time, I was really interested in pilot figures. After I got him home, though, I found the figure's design was not in line with what I wanted from a pilot. However, it was in line with another specialty that had long been part of my collection.   When I was a kid, I used Joe army builders. I felt that the Joes would need bailing out in certain situations and that they had a highly trained support force that was available to help them on large missions. These "Special Missions Commandos" (Yes, they were named after the Joe comic of the same title. I was 12....) were represented by the 1983 Ace figure as I felt they would wear suits capable of deep sea diving or surviving gaseous environments.

My Ace figure got lots of use due to this assigned role and eventually died from overuse. When I looked at the '93 Payload, though, the similarities between his design and the original Ace became apparent to me. So, I updated my specialty unit to now be only comprised of Payload figures. I give them all various grey or dark blue versions of the weapons that were included with Payload and give them either Torpedo's or Psyche Out's backpack. The resulting look is a specialty unit that is more modern, more militaristic and very useful.   As this figure has 3 distinct coloring variations, I use each paint scheme for a different specialty. The green figures are the most basic combat troops. The white figures are more geared towards rescue or medical operations. This blue figure, though, is somewhat problematic for me. I never really had a role into which he fit. As he is the hardest to find, though, this Payload has ended up being the unit commander for both other colors of figures. Much like the colored clone commanders, this figure uses his color as a designation of rank. It's a somewhat useless designation, but does explain the color differences and allows me to use the rarer figure as someone a bit more prominent than the more common army builders.

The exact origins of this figure are not known. In 6 years of searching and after having viewed hundreds of carded Payload figures, I have come to the conclusion that the black and blue Payload was only released on a 1994 Star Brigade card. He did not appear on the '93 cards as some collectors may suggest. This is puzzling, though, as this figure uses the same paint masks as the '93 Payload yet the '94 Payload card art clearly depicts the red, white and blue Payload that is the more commonly seen '94 figure. It is possible that the blue trimmed figures were either early samples to test the paint mask, or later samples to test the blue paint. Hasbro then made enough of them that they just went ahead and released them in the earliest shipments of '94 Star Brigade Series 1 figures. Of course, that's all speculation as no official information has ever surfaced in regards to this figures origins. The other notable change in the figure, though, is the clear visor. Every green 1993 Payload I have seen has a yellowed visor. However, the blue versions feature clear visors. So, it could have simply been a visor test in an attempt to get clear plastic.

The 1994 Star Brigade figures were split into 2 series. The first series is more common, though you are starting to hear some complaining among collectors at how it is somewhat difficult to track down a few of Series 1 figures like the orange Star Brigade Roadblock. Series 2, though, was the short produced wave that featured the 3 Lunartix aliens. Supposedly, these figures were limited to a production run of only 10,000 figures. While the aliens themselves aren't too hard to find, the three Joes who shared a case with them: Countdown, Ozone and Effects, have become rather difficult to find. As such, you don't see too many complete 1994 Star Brigade Joe displays. You will see a figure here or there, but it's rare to find a collector who has taken the time to assemble the complete team, loose. This is nice as it allows you a way to distinguish your collection a bit if you do have the full array of Star Brigade figures. (I know that when I view pictures of other's collections, my personal measuring stick is how many obscure 1993-1994 figures they have out on display.) It can also be frustrating, though, to track down all the figures and then find a place to display them if you do not own the Defiant.

All of the 1994 Star Brigade figures are somewhat hard to find. None were produced in great quantities and many collectors were long gone by that time so they are figures that are often absent from modern collections. The fact that this was a paint variant that was quickly replaced with white version of Payload leaves the black and blue figure as one of the harder figures to find in the entire line. That isn't to say he's rare or anything, though. If you go looking for this figure, you'll find him soon enough and he will likely be cheap. If you just hope for one to show up as part of random purchases over the years, though, that is less likely to happen as this isn't a figure you see too often. Since Payload is Star Brigade, though, he is always cheap. While I've seen MOC versions of this figure sell for over $20, I've also bought loose samples for $1. The price at any given time will reflect who is in the market. If only a few people are actively searching for this figure, you will probably find him MOC (which is still the easiest way to acquire him) for rather cheap. If you are at a time when a more than a few collectors are looking for this version, then you might see the MOC price closer to the $20. But, those prices are usually short lived. As Star Brigade will never be considered a must have subset by the collecting community as a whole, you will never see the figures priced in accordance with their rarity in relation to figures from the rest of the line. The demand will simply never be there. If you are like me, though, and find the redeeming qualities in the Star Brigade line, the cheap prices make it easy to start, finish and multiply your astronaut collection. I know that I have done so for years now. 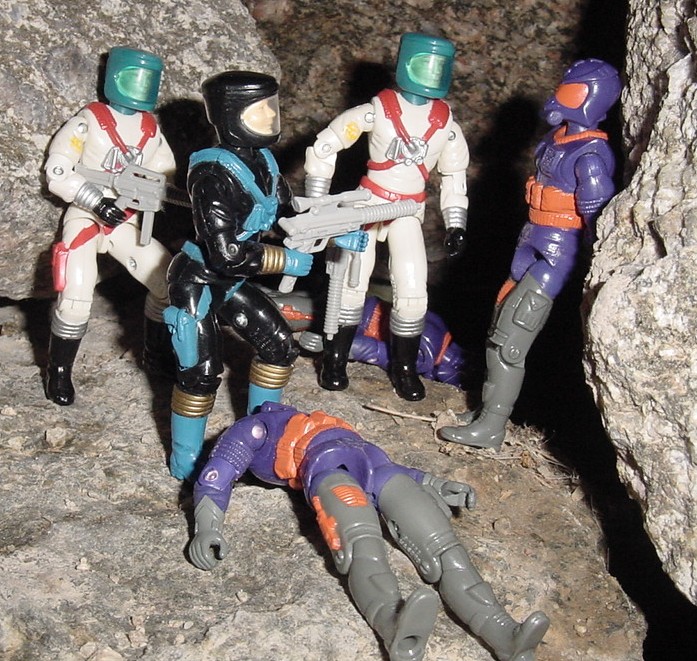 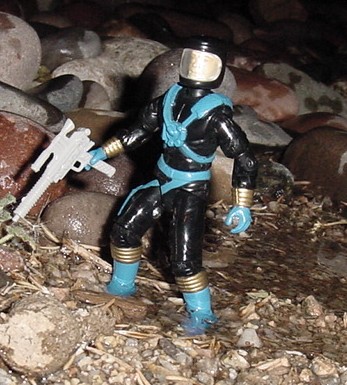 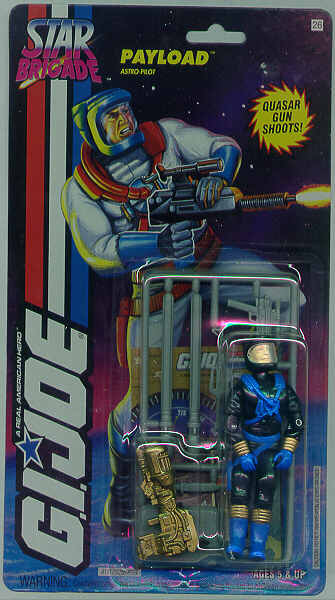