Previously, I have profiled a few other convention exclusive figures. At this point, the convention exclusives are one of the few bright spots for collectors of ARAH-style figures in the past few years. The convention figures have shown an attention to detail and character that is appreciated by collectors. It remains a mystery to me as to why this level of thought has not translated over to the retail ARAH-style releases as you would think they would have a large budget with which to work. That aside, though, the convention figures have offered collectors a wide variety of offerings that have fallen outside the conventional retail releases and have allowed collectors an opportunity to grow their collections in some different ways. While the pricing of these figures have been prohibitive to many collectors, there are few who could argue that the figures themselves are not among the best examples of re-released figures we have seen. Yet another example of this is the 2003 Air Viper.

The Air Viper is just a repainted Vapor. However, the Vapor figure himself is not terribly common and is a figure that many collectors are still missing. While that figure enjoyed a short time in the collector spotlight as loose samples climbed over $20, he has since fallen back into obscurity. This is good, though, as it makes the Air Viper just that much more useful. Instead of appearing as a repainted Vapor, the Air Viper is easy to adopt as a completely new figure in a collection. The best part is that the Air Viper's color scheme of Cobra blue, black and red is a perfect update over the original figure. He does not tread on Vapor's colors so as to cause easy confusion and stands alone as a well done repaint who utilizes traditional Cobra colors in a specialty that has not normally seen those paint schemes.

The Air Viper is a long neglected part of Cobra. While they were mentioned in various comics, we never saw them in any toy form. The 1986 AVAC was as close as we got as it was an Air Viper Advanced Class. The basic airmen, though, were left as a gaping hole in the toyline. As such, the release of an Air Viper is welcome. I use the Air Vipers as the most basic of Cobra pilots. They are the rookies who will eventually become Strato, Gyro, Aero and Star Vipers but who need the experience and seasoning before they are ready to assume that additional responsibility. The use of the Vapor mold in the colors in this capacity is a perfect fit. The mold is unique enough to differentiate the Air Viper from other pilots but the colors are basic in the same vein as the Infantry troopers uniform. It is just basic Cobra blue and black. After the Air Viper gains more experience, then he might be ready to join the more gaudily uniformed corps of Cobra advanced pilots.

Where the Air Viper goes wrong is in availability. As he was a convention exclusive release, it is difficult for many collectors to acquire them in multiples without spending an inordinate amount of money. The Air Viper is a perfect candidate, then, for some type of re-release. Of all the Cobra themed 6 packs that Hasbro produced between 2003 and 2005, they never offered any air force themed Cobras. We got plenty of infantry and WAY too many Crimson Guards but the Cobra air force was neglected. Most collectors would have enjoyed a 6 pack featuring some basic Cobra pilots, HALO troopers and ground support personnel. As this did not happen, though, it remains a possibility for the future. If the 6 pack idea can be sustained through the acquisition of a key retail partner, a Cobra air force pack makes perfect sense. If that is not to be, though, then maybe someone will be able to put together an exclusive Cobra pilot or Air Viper at some point that will give collectors another shot at this character.

The use of an obscure and previously not repainted mold seems like such an easy concept. Yet, for whatever reasons, Hasbro has yet to fully grasp the idea that re-using the same molds ad naseum leads to banality in the line and probably has to do with the dwindling number of collectors who get excited about each new subsequent product that is released. In the new sculpt arena, Hasbro has been more creative. But, that is only more maddening as it appears a deliberate slight when you see well thought out new sculpt repaints while the ARAH-style figures continue to suffer from the same overused molds time after time.   The Air Viper is pretty hard to find. He's not as tough as the 2002 Paratrooper Dusty, but you still don't see too many of them floating around. In '02, the Paratrooper Dusty caught the collecting world by surprise. In '03, though, collectors were ready for whatever parachute figure they were offered. Master Collector went one better by displaying the figure prior to the convention so that attendees were well prepared for when the figures were dropped and many con goers were able to pick up a few Air Vipers.

For the majority of collectors who did not attend the convention, though, getting the Air Viper was more problematic. While Master Collector did send you one bagged Air Viper for every boxed convention set you purchased, it was nearly impossible for collectors to acquire multiple Air Vipers for decent prices if they were not in attendance at the convention. This has left the Air Viper as a higher priced figure. As he uses an obscure mold in its best colors and was re-characterized as an army builder, the Air Viper is highly desired among collectors and we have yet to see after-convention deflation in the figure's price. As such, if you can get a loose one for $20, you are doing fairly well. Bagged and mint, complete with filecard figures can be had for around $30 if that's your game, too. To me, this is a figure that, were it more readily available for cheap prices, would be my de facto basic Cobra pilot. The colors and mold are that good. But, as the figure is priced at a point where buying multiples isn't feasible for me, I use this figure as a display piece and nothing more. It is an unfortunate fate for a figure of this quality but is a direct result of what happens when figures are created specifically for the collector market. 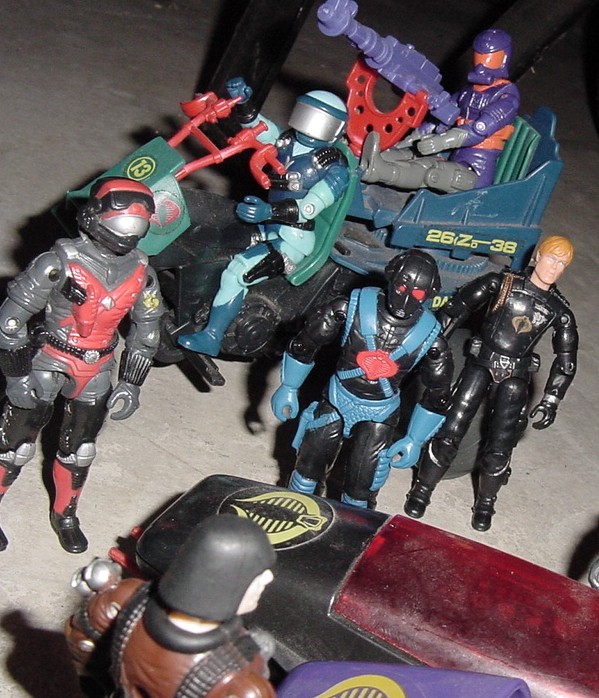 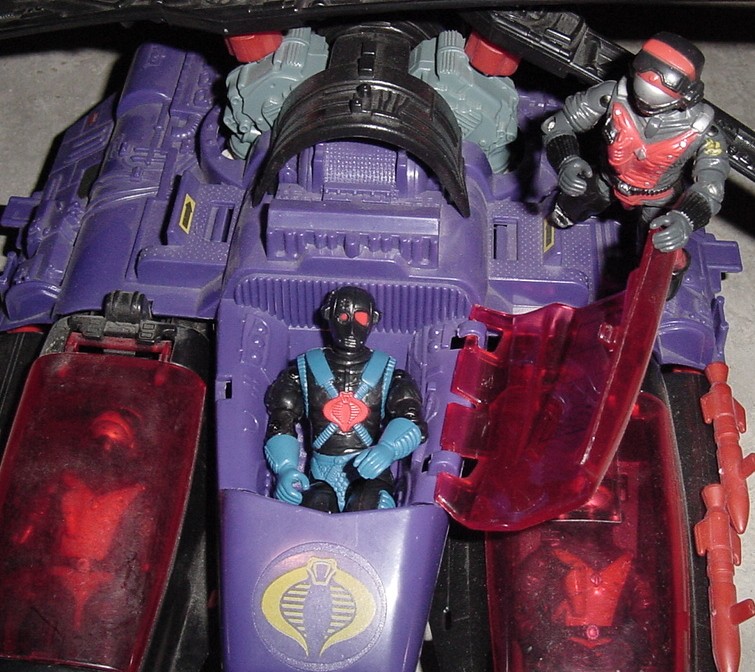