Blowtorch is one of those early Joes who has kind of fallen to the wayside. Most people own his figure, but the character did not reappear in any form in the U.S. for 18 years after his initial release. Blowtorch is a specialty that is somewhat difficult to use in the modern military world and often feels like a throwback of sorts. Plus, his bright colors really turn many collectors off to the quality of the mold. He is, though, a figure who is well done and has earned his place among the early Joes. It's not a figure I use all that often but is a mold I enjoy.

My first encounter with Blowtorch was early in 1984. A schoolmate of mine had returned from California after Spring Break with a treasure trove of the new 1984 Joes. This initial brush with the figures lead to a months long quest to fill the gaps in my collection. Through the year I acquired more and more of the figures. I don't, specifically, remember when my youngest brother picked up his version of Blowtorch, but I do remember a friend of mine and I finding a wallful of new Joes at the Children's Palace at the Castleton mall in Indianapolis. While I don't remember which figure I got that day, I do remember my friend getting the Blowtorch. He used the figure as a diver in his pool since Blowtorch had the airmask. My brother acquired the figure some time later but quickly destroyed the figure's accessories and I learned that without his flamethrower or mask, Blowtorch wasn't that interesting a figure.

These days, what do you do with a flamethower? Really, they don't have much place in my Joe world as Blowtorch's equipment just seems antiquated. Someone walking around a battlefield with 2 easily punctured tanks full of pressurized, highly explosive liquids does not seem like a sound idea. As such, I now use Blowtorch in a more supporting role. Being in an area where wildfires are common, I see Blowtorch more as a civilian Joe who helps with backburns and things like that. He consults with police and fire departments on procedures and protocols for their encounters with explosive and highly flammable materials. And, he, occasionally, might still see some combat duty when he is called in to create a fiery diversion that will allow his overwhelmed comrades to escape a bad situation. But, Blowtorch's days as a full fledged combat soldier in my collection are done.

The Blowtorch mold is actually very well done and features an incredible amount of detail. The bright orange and yellow colors somewhat detract from them as the little details are lost under the strong hues. The figure is more bulky than most of his contemporaries and that is to be expected due to his wearing of the fire suit. The overall mold is well thought out except for the fact that Blowtorch has a patch of bare skin under his neck. Had this been painted white or yellow, it would make more sense. But a character who wears such protective gear would hardly go out with some of his skin exposed. Where the figure really shines is his accessories. 1984 really brought the accessory complements of the Joes to new levels. The line was flush with development money from its retail success and the designers took pride in topping themselves. As such, Blowtorch features a helmet, mask, pack and flamethrower that all interlock with each other. The mask plugs into the figure's chest while it also fits snugly around the helmet. The helmet features grooves that hold the mask in place. The flamethrower plugs into the backpack and the figure just looks well put together.

If you look at the photo of Blowtorch in the 1984 product catalog, you notice a major difference with the figure's mask. In the picture, you can see that the mask has a black hose as well as open eye slits. Every production level figure that I've ever seen has just a solid molded mask that is all yellow. It is likely that the early photos were still kitbashed mock ups rather than full blown production pieces. (You'll note some other accessory (Ripcord's mask) and figure differences (Cutter) in that catalog as well.) But, the inclusion of these items provides an insight into the vision the designers had for the figure, even if the technological constraints of the time precluded them from being realized.

The Blowtorch mold has a long history outside the U.S. After his release in the U.S. and Europe, the mold was sent down to South America. There, Blowtorch was released in Brazil and Argentina. Plastirama, though, took the mold a step further when they used it twice more. Once on the carded TNT figure and then again on the vehicle driver Backstop. From there, the trail of the Blowtorch mold ends. He was never released anywhere else in the world again and it is likely that his mold continues to rot away in a South American warehouse. This isn't terribly unfortunate as the mold has some limitations and isn't really the type of thing that lends itself to a repaint. I would have liked to have seen a newer take on Blowtorch through a new mold. The two subsequent Joe flamethrowers, Charbroil and Ice Cream Soldier, were decent but would have been preferable were at least one of them an homage to the Blowtorch character. We have seen Blowtorch in the new sculpt figures, but he was done in the oddly proportioned Wave 3 and hasn't become a figure that most collectors consider to be well done.

These days, Blowtorches aren't too expensive. Despite his being over 20 years old and having some brittle accessories, complete Blowtorches are quite common on the second hand market. Usually, you can get them under $8 or so and you can often find them cheaper in lots. He's a figure that most collectors are content to only have a single version of in their collections. His price reflects this. When I first returned to collecting, I wanted to get a complete Blowtorch rather quickly. Once I did so, though, I kept on getting them in more and more lots. At one time, I had 8 of the figure with at least 5 complete. He's just that common of a figure that he really isn't difficult to acquire, even if you're not trying to! These days, Blowtorch is pretty much an afterthought in my collection. It would have been nice had the Anti-Venom Charbroil been named Blowtorch, but, even then, he would not have been a figure that would have gotten any more use. He's just a character and figure that are difficult for me to find a purpose for these days. His lack of dio appearances suggests that I am not the only collector who feels this way. It doesn't make the figure any less interesting or well done, Blowtorch is just a specialty that isn't in much demand these days. 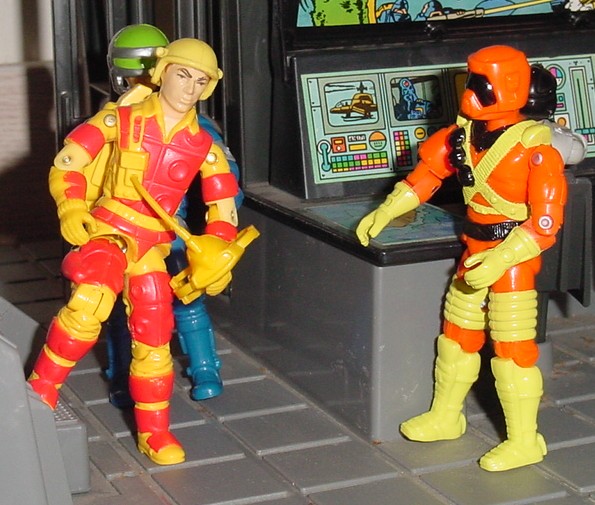 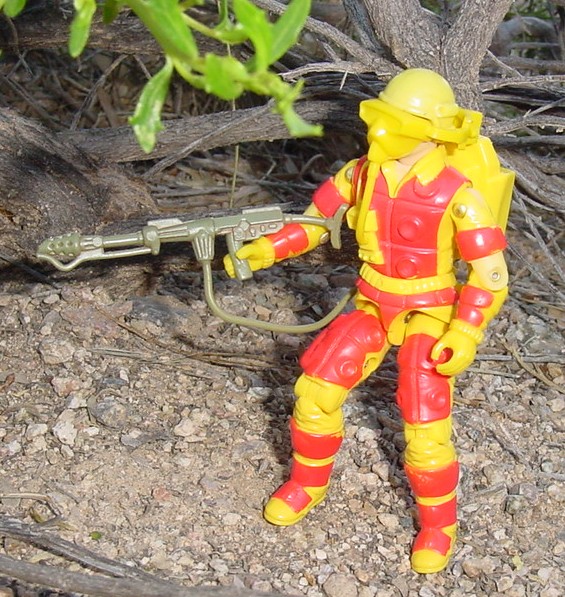 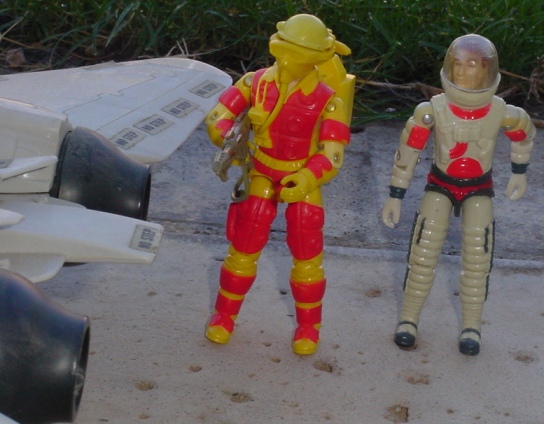 Posted by Robot_Sonic at 3:53 PM
Email ThisBlogThis!Share to TwitterShare to FacebookShare to Pinterest
Labels: 1984, Blowtorch