Back in early 2000, Hasbro let it be known that they were bringing Joes back to regular retail outlets. They leaked the potential names of 10 figures who would comprise the first wave. The list contained the usual suspects of high profile characters as well as a few second tier entries who really filled out the assortment nicely. Among these was Law: one of my all time favorite figures. As such, I had high hopes for the new version and, when the first pictures were finally shown, was not disappointed in the slightest. The new version of Law was an improvement over his original incarnation yet still included all of the great accessories that marked the original figure. Once the figures hit retail, I quickly army built Laws faster than even the Firefly/Undertow packs. To this day I hold this figure in high regard as it remains the best version of the great Law mold.

Law remains the perfect Joe cop. He is an excellent policeman rather than Mutt's pseudo military look. He looks like a real MP and has the gear to back it up. As such, he has long found use as an army builder in my collection rather than a character. Even as a kid, I ended up with 3 Laws and I used them as my Joe police squad. Early on, they were mostly used to arrest Cobras. But, as I got a bit older, they also began to play the role of internal military investigative police. They would go after rogue soldiers who either were going to endanger the Joes or after Joes themselves who had violated military rules. From there, their role expanded into the police force who served under my security officer figures who were always portrayed by Dialtone. This has been, perhaps, about the only aspect of my Joe collection where I have developed characters as deeply as those I have developed for my Cobra hierarchy. For some reason, the aspect of dutiful lawmen chasing down criminals has lead to a large part of my Joe world. For the most part, I don't view these policemen as anything more than guys doing a job. They don't really think about the motives of those whom they pursue, but they react to any violations of the law. As such, they are very prone to mistakes and often overreact to the most benign situation. Basically, they are very good at creating conflict where there is none. As such, they can be either a disruptive or a beneficial force depending upon how they react to a situation. This creates heightened tension for the Joes when these guys are involved as the Joes can never be sure if the police will make the situation worse or if they will help. It's just an added little part of my Joeverse that makes things a little more interesting.

As a figure, Law is very solid. He features a bulky, unzipped vest that could be taken to be ballistic or just stylish. He has a nice, big badge and a tear gas grenade molded onto his chest. His upper body is topped off by the shoulder mounted pistol holster. He also features handcuffs molded onto the back of his pants as well as a loop on his belt where he would hang his nightstick. Where the figures really shines, though, is the accessories. Law includes a basic helmet and silver Uzi that nicely complement the mold. He also has a nightstick that is better designed that Mutt's and that is actually useful with the figure as he can hold it. Finally, Law is topped off by his dog Order and a leash. Personally, I only use the dog as a very specific accessory for a scene where a dog might be used. (Such as a checkpoint or at a prison intake.) I don't use it as an everyday accessory with the figure, but it is nice to have available.   The Law mold saw several uses and each of them was very good in its own way. The original '87 figure features a nice use of color. It looks like the type of policeman who would be used as basic security. They would be very visible and would be the type of presence needed for your basic police duties. The '90 Super Sonic Fighter is more militaristic and makes for a perfect field police officer. I also use this version as a higher ranking police officer as this is probably the most difficult version of Law to find. This 2000 version is simply the best overall version ever made with the muted blue and white that really make the figure stand out as police. And, finally, the Funskool version from India also features a nice, dull brown color scheme that blends well with the 2000 figure. Plus, the Indian version features a cool mustache that brings some diversity to the Law ranks.

One of the things that has happened in the more than 5 years since this figure was released is that I have found a new appreciation for the ARAHC figures from 2000-2001. While the new sculpts figures have been nice, I consider them a line unto themselves. When you compare the ARAH style releases we have seen at retail since 2002 with those from the ARAHC, though, you realize how lazy Hasbro got with their later releases. While these early figures stagnated as the line progressed, they at least continued to include the original accessories from the mold's first release as well as complex, if uninspired, paint applications. Since then, ARAH-style Joes have suffered from horrid accessories and less and less detailed paint masks. In 2000, many collectors found reasons to complain about the ARAHC figures. Little did we know how good we had it then.

This version of Law is insanely easy to find. The first wave of the ARAHC figures wasn't nearly as rare as people thought it was. If that wasn't enough, Law and Dusty were then re-released in cases of Wave 2. Wave 2 was probably the most overproduced wave of Joes in the entire ARAHC series and was available at retail for more than a year. As such, many stores ended up clearancing out their final stock and many people were able to snag great deals on Dusty/Law 2 packs. Now, most dealers will still sell the figure for ~$5 just because it doesn't really pay for them to handle a figure for much less than that. Even at that price, though, this is a good figure of which to acquire multiples. Personally, I simply can't use this version of Law as anything other than an army builder. That's just what he is to me. 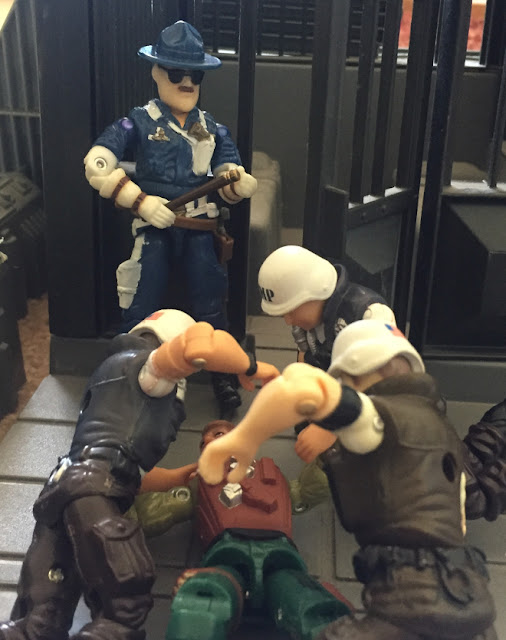 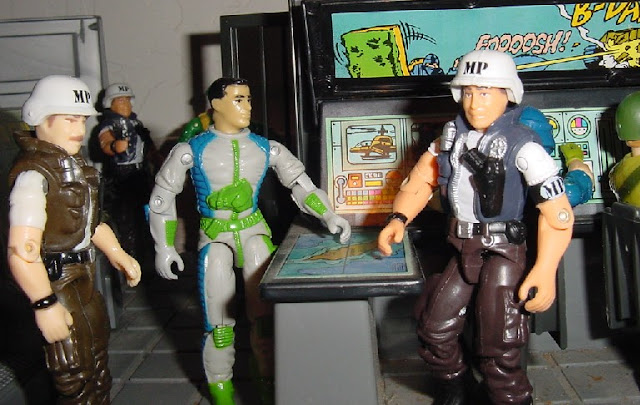 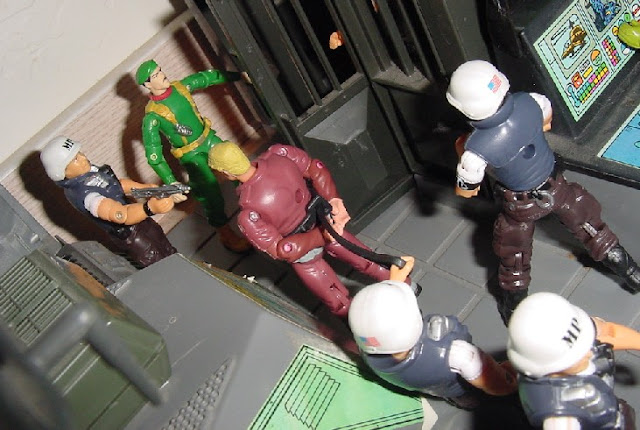 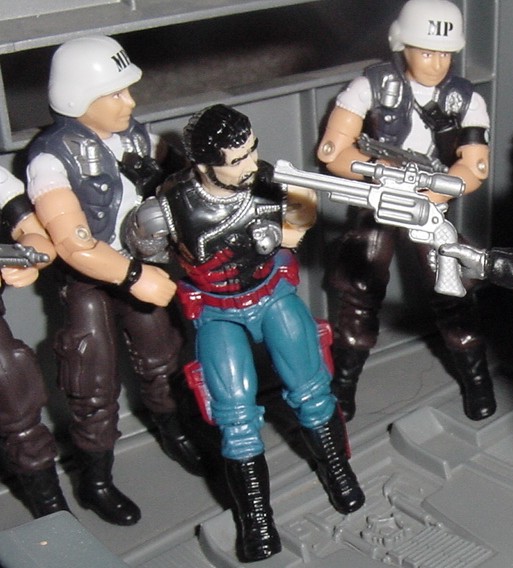 Posted by Robot_Sonic at 10:22 AM
Email ThisBlogThis!Share to TwitterShare to FacebookShare to Pinterest
Labels: 2000, ARAHC, Law