1990 was really the beginning of the end of the Joe line. For some reason, the first batch of collectors really cut the line off at 1989 and tended to lump all figures not made in the '80's into meaningless categories. As more younger collectors have come aboard, more of the later figures have begun to at least get a little respect. This has lead to some longer time collectors to relent their position and start to explore some of the great features that later Joe years had to offer. 1990 is easily on par with many of the line's "classic" years in terms of figure quality, coloring and accessories. Many of the 1990 figures have play features that I wished for back in 1985 and 1986. Among these figures was the oddly designed Coastal Defender: Rampart.

Rampart features a solid color scheme of basic brown with a greyish/brown jacket. His most distinguishing element, though, is the bizarre head gear that he wears. It could be a combination of sun protection and blast protection from his gear. The overall result, though, is that the figure's head is misshapen and stands out among other Joe figures. The mold's biggest problem, though, is that the torso is rather scrawny. Rampart is supposed to carry this big machine gun and portable missile launcher. Yet, he is among the slightest built figures since 1982. Yet, his legs are more bulky like those of his contemporary releases. This makes him appear disproportionate and takes away from the overall aesthetics of the figure.

Rampart's accessories are decent if unspectacular. While many of the 1990 figures had amazing complements of accessories, Rampart's are somewhat drab in comparison. He does include a large gun that features a hole that can be doubly utilized for the bipod that is included as well a mount that fits on the peg molded onto the figure's waist. Rampart also includes a second bipod for his gun that I've always used to support the back. But, there may be other ways to configure the weapon. He also includes a missile launcher with two missiles. (One of which snaps onto a peg on Rampart's leg.) This device was the forerunner of the spring loaded launchers that appeared the next year. The missile itself had a small peg that fit through a hole on the back end of the launcher. The idea was that if you flicked this protruding peg with your finger, it would simulate a firing missile launcher. (The 1991 Crimson Guard Immortal featured the same idea.) It wasn't much of a gimmick, but it all the more appreciated now after Hasbro went the spring loaded route the following year.

It isn't much of a commentary on a figure when the most memorable aspect of it was a custom figure that utilized its parts. However, this is the case with Rampart. My most lasting impression of the Rampart mold was Evilface's use of his head on an Alley Viper custom figure. Aside from that, I can't remember any significant uses of Rampart in the fan community. (I'm sure someone will send me one, but my point is that I don't recall any. :) ) He is just a figure who isn't strong enough to carry a scene. That isn't a fatal flaw, though, as the Joe line's hallmark is the quality of its supporting cast. It's just that Rampart isn't up to par with figures like Alpine, Barbeque, Mainframe or Fastdraw who fill similar niche roles on the team. That is his problem. When picking figures, Rampart is just too far down the list: even when the situation calls for his specialty.

The real question is, what role does Rampart play? While his filecard makes him out to be a video gamer who likes to shoot down missiles, I think that role is too limited for a Joe. He is technically classified as a Coastal Defender. However, the vast nature of a coast pretty much makes it impossible for one man to defend it himself. I see Rampart as two things: a coordinator of coastal defense and a stationary infantryman whose purpose is to hold a position. He is armed with light anti-armour weapons and a heavy machine gun that combine to give him enough firepower to delay an oncoming assault. He is not the end all defense against an attack. Instead, he is the just the first line. He carries weapons capable of slowing the enemy down enough for his team to arrive in support. As such, his role requires a person with a slightly "different" personality. Rampart has to be brave to the point nearing stupid in order to effectively perform his duty. That isn't to say that he's dumb, he just lacks a rational comprehension of what, exactly he's required to do. This leads to my portrayal of Rampart the character as a guy who simply doesn't care about his personal safety. He very much feels he is indestructible and is the type of person who wouldn't realize his life was in jeopardy until he was already dead. It isn't a very deep characterization, but Rampart's specialty is such that he isn't used enough for me to develop his personality any further.

The Rampart mold saw a number of releases around the world. Aside from being released in the US and Asia, the mold was also sent down to Brazil where it was released in a color scheme similar to the American figure around 1993. (You can see a comparison of the 2 in the last picture.) From there, the Rampart mold has disappeared. It is unknown whether it is still rotting in South America, sitting on a shelf in India or is back under Hasbro's control. Rampart's Brazilian contemporaries have not turned up anywhere else in the world, either. So, it is difficult to surmise the fate of the mold. This isn't, necessarily, a bad thing. Rampart's mold might be able to be used in some interesting Frankensteins. But, I don't think a Rampart repaint would be the best thing Hasbro could churn out when there are so many other 1990-1993 molds that are in dire need of a repaint.

Ramparts are not too tough to find. As he was a Joe, no one really spends too much time looking for one. However, as he was released in 1990, he is a bit harder to find than many other figures. As such, you now see complete figures in the $8-$11 range as opposed to half that for equally obscure figures from more common years. At the low end of that range, Rampart is a decent buy. The figure mold is cool enough and the colors blend nicely with many other figures. He isn't a figure that most people have on display so he adds a touch of uniqueness in that regard. Personally, I like the figure for what it is but certainly would not have gone out of my way to acquire one did I not have a few samples already. Rampart is just one of those transitional figures who is almost a must have but was produced in such a way that he just misses the mark. 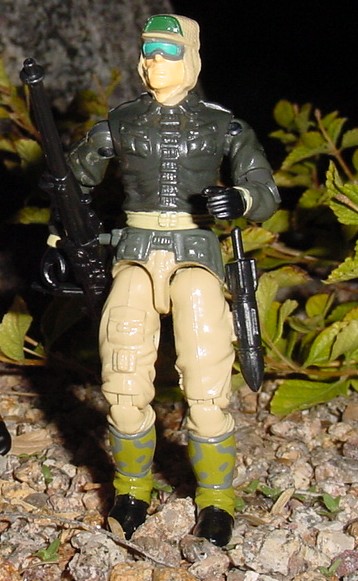 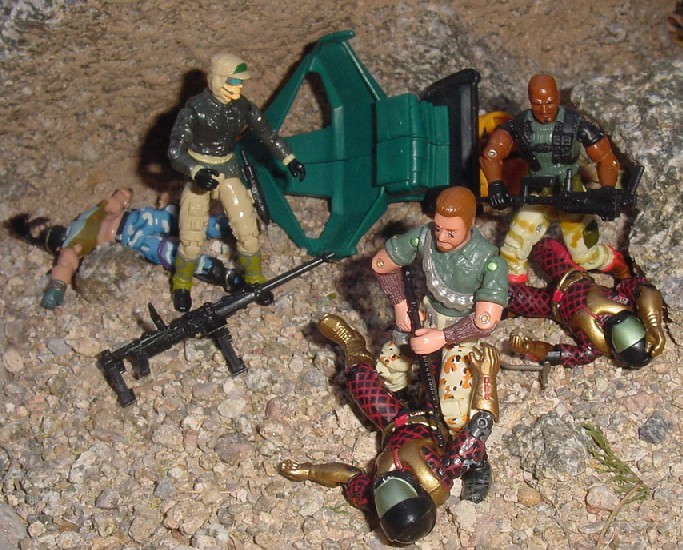 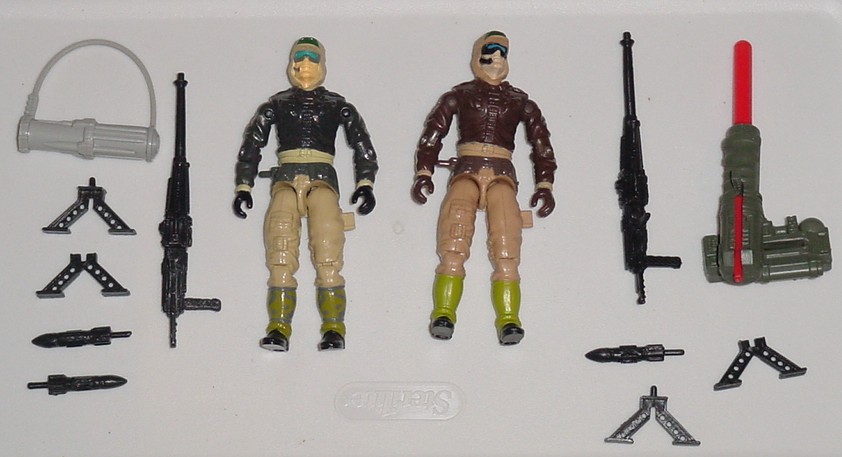 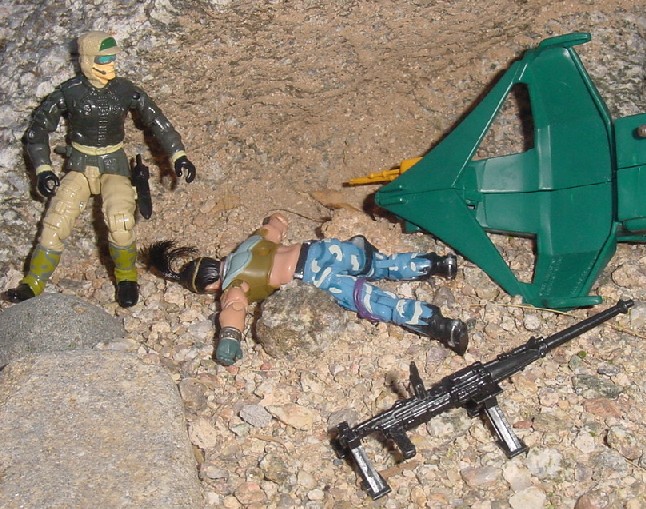 Posted by Robot_Sonic at 4:28 PM
Email ThisBlogThis!Share to TwitterShare to FacebookShare to Pinterest
Labels: 1990, Rampart