Certain figures and characters have always been more popular among the collecting community than others. This is simply a given. In many cases, the collector favorites make sense. But, though the years, there have been instances where a rather lame figure gains prominence either through some new exposure or newly discovered rarity. These are nice as they give the community something to talk about for a while before the figure fades back into obscurity. The converse of this, though, is that collectors often neglect some very well done figures. Again, this makes sense in the case of a figure like Updraft who had no exposure and is a figure that is rare enough that many collectors don't have him as part of their collection. But, in other cases, it simply makes no sense. Many of these cases feature characters who were repainted in some way subsequent to their original release. While collectors may hold the original in high regard, the repaint is forgotten and neglected, even though it may be of high quality. Such is the case with the subject of today's profile: the 1988 Tiger Force Dusty.

1988 was the last year that I bought Joes as a kid. I picked up a few random figures early in the year and was pretty much out of the hobby by the summertime. Among the figures I did acquire, though, was the Tiger Force Roadblock. I didn't pick this figure up because he was such an improvement over the original. I bought him because it gave me a chance to get Roadblock's accessories as replacements for my long broken originals. I looked at Flint the same way, though I was never able to add him to my collection. My point is that for older collectors, the Tiger Force repaints didn't really offer them anything unless their earlier figures were broken or lost. This lead to misinterpretations of the Tiger Force figures' rarity early in the days of the collecting market. The guys who first got back into the hobby were kids who had the original Dusty, Flint, Roadblock, etc. As such, they had no need for the Tiger Force figures, didn't buy them and later extrapolated that out to say the figures were rarer than they really were. The reality was that for the generation of Joe fans who had come of age between 1986 and 1988, the Tiger Force figures were pretty much new figures that they had never had the chance to own. As such, they bought them and, years later, assimilated them back into the collecting market in more than ample supply.

The real question left is how to use this version of Dusty. The original figure is the consummate desert trooper with the mold and colors that have left him the pinnacle of that genre even when taken against the line as a whole. This figure shares the mold, but not the colors. However, unlike many of the more gaudy Tiger Force members, Dusty's cammo and colors can actually work. There are actually many deserts around the world that are full of vibrant plant life. In these environments, Dusty's greens and yellows blend into the natural background even though Dusty is still working in his field of specialty. As such, this figure offers a way to use Dusty in the same role as his original figure, but within different geographical and climatic variances of deserts. Plus, the greens also allow him to be used more effectively in non-desert settings. For me, the Dusty mold is an old favorite.

The character is strong and highly popular. Yet, Hasbro has been unable (or unwilling) to produce an adequate desert version of Dusty in ARAH form since they returned to Joes in 1997. There was, at one time, a desert repaint of the 1991 Dusty figure that appeared with the Desert Striker at various toy conventions. The figure also appeared in one of the Hasbro sponsored convention dioramas a few years ago. Yet, this figure was never released. In its place, Hasbro offered the truly terrible Desert Squad Dusty in 2004. As such, Dusty fans have been left with only new sculpt releases as an avenue to acquire a nicely done, non-vintage version of a desert Dusty.

Dusty's mold is probably gone. After it was used for this figure, the mold was shipped down to Brazil. There, the mold was used for a new character named Felino. This figure is obviously based on the Tiger Force Dusty color and paint scheme, though he is a little darker than the American version. Felino is also missing the trademark head cloth that was used on both American Dusty figures. Felino was released in the same series as both Marujo (Tiger Force Shipwreck) and Ar Puro (Tiger Force Airtight). As both of these molds subsequently appeared in India, it is possible that Dusty was, for a time at least, in the possession of Funskool. As he was not used there, though, it would stand to reason that the mold might have already been damaged by the time it arrived in India or it never got there at all. Unfortunately, it is pretty much impossible to track these down as the information collectors can glean is only superficial and isn't enough to firmly track any given mold.

Tiger Force Dusties are actually kind of hard to find. When I first joined the collecting community in the late '90's, repainted subsets like Tiger Force, Python Patrol and Night Force were considered to be somewhat rare. In time, that proved to not be the case with most of the figures as figures from Tiger Force and Python Patrol have proven to be more common that many early collectors originally thought. Of the Tiger Force figures, though, Dusty is one of the tougher one to find...especially if you want him mint and complete. Dusty features a design flaw that makes it very easy for his legs to break his crotch. As such, you will find many otherwise mint figures with broken crotches. Dusty's bi-pod can also be problematic to find. While not as rare or desirable as many other accessories, it is still tough to find and is most often missing from loose samples. These days, though, this figure still shouldn't set you back more than $10-$12 mint and complete. That's more than you'll pay for a lot of Joes, but is in line with the figure's character and desirability. I know that I've found more uses for this version of Dusty than I have for the original. I am probably in the minority in that, though. But, with a little exposure, perhaps more collectors will discover this figure and realize that it is a great way to enhance a collection. 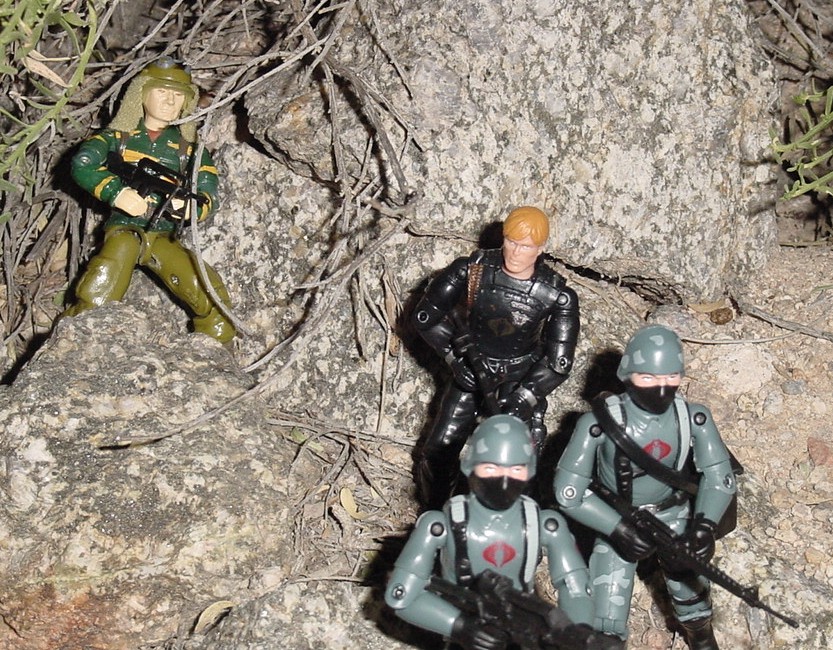 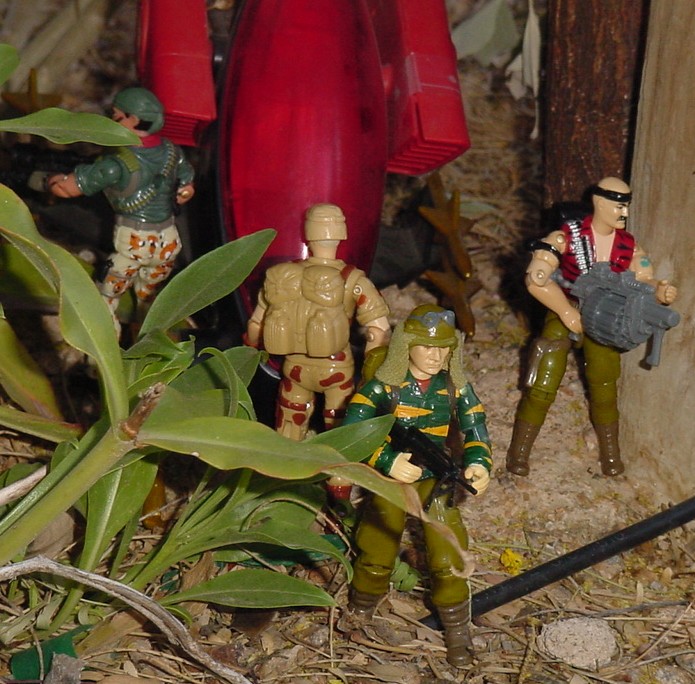