The Heli-Viper is probably as forgotten a figure as you can find. He is a combination of bad colors and a late release date in an obscure vehicle that makes for a figure most collectors can not identify. However, it is also a figure that features one of the most interesting Frankenstein jobs that Hasbro ever created and, were it in better colors, would probably be among the most sought after army builders of the modern day. As it is a mish-mash of red and purple, though, the Heli-Viper has been doomed to a life of obscurity. As is the case with many figures like this, though, I have found at least a partial role in my collection for one of the greatest examples of good molds ruined by bad colors.

The Heli-Viper combines parts from 3 iconic Cobra figures. The main body and legs are made from the Night Viper mold. The arms are from the Techno Viper and the head is from the original Snow Serpent. Taken as they are, these parts should have combined into one of the best amalgamated figures of the entire line. However, this was not to be as the Heli-Viper was given a terrible purple and red color scheme the obscured the details of the mold and turned the figure into a nightmare. While I have found that the color is appealing somewhat by itself, it does not mix with anything else decent in the Cobra army and leaves this figure as an odd man out. Even his gun, a purple rendition of the Night Viper rifle, is too poorly colored to have any use.

The Heli-Viper was only released with a 1992 Battle Copter. These weren't terribly popular items and you don't see either the Heli-Viper nor his Joe counterpart, Ace, with great frequency on the second hand market. Hasbro Canada offered bagged samples of the Battle Copter figures, though, so you can find complete Heli-Vipers both loose and bagged. These have started to dry up, though, as more collectors have defined holes in their collections as being figures like the Heli-Viper and they have taken many of the existing figures out of the second hand market. Personally, I have never owned a loose version as I haven't wanted to open either of my bagged figs. After having these two for a bit, though, I may reconsider and open at least one of the figures as they are kind of neat filler to toss into a dio background.

In my collection, Heli-Vipers have a minor role. While the Heli-Viper design is cool, my ranks of Cobra helicopter pilots are comprised of the well done Gyro Viper. As such, I don't really need the Heli-Viper. (In fact, the figure's file card really makes me not like the character since it is just so over the top.) However, where he does fit in is as a Techno Viper in training. I've always viewed the Techno Vipers as more of an engineering corps. While they can fix things, their real value is working on Cobra's highest end equipment. As such, there is a level of grunt Techno Vipers who are more likely to see combat who work on the run of the mill Cobra technology. This is the role I've found for the Heli-Viper figure. His colors are similar to those of the Techno Viper but the mold design shows that this character could still appear in combat. As such, I see Heli-Vipers as the guys who get of the tank when a convoy is under fire to change a bogey wheel as Cobra doesn't want to risk a full Techno Viper for such a dangerous duty. They take fire, but long for the day when they are full Technos and are allowed to have safer duties.

These Techno Vipers aren't well respected by the Cobra foot troops as they are not yet fully qualified Technos and they tend to make mistakes. They also view themselves as non-combatants as that is what most Techno Vipers are qualified as. This leads to great animosity on the field as the infantry feel the Techno's in training should fight to make up for their lack of mechanical experience while the Techno's feel the Infantry should cut them some slack since they are the only ones out there capable of putting a damaged Parasite or Maggot back together. Needless to say, this limits the role of that the Heli-Viper plays as Cobra isn't keen on creating more tension on the battlefield between their own troops. As the Heli-Viper is fairly difficult figure to find, though, this dovetails nicely with its role in my collection.

The Heli-Viper is an interesting mix of molds. The Night Viper was used in the US in 1989 and 1990. It then appeared on this figure before it was sent off to India sometime around 1995 where it was used until 2003. Master Collector brought the mold back in 2005 on their Iron Grenadier after Hasbro re-acquired it and will use it again for a new Night Viper in 2006. The Techno Viper mold was used in 1987 and then again in 1994. It has not reappeared since. The V1 Snow Serpent has been MIA even longer as the head's inclusion on the Heli-Viper is the only appearance of any part of the mold since 1986. Personally, I wouldn't mind seeing either the Techno Viper or the Snow Serpent reappear in the modern repaint line. Both are solid molds. But, as the Night Viper body will be used twice in about a year, I think that mold is fairly played out and shouldn't be used again for a while.

If you want a Heli-Viper, they currently have gotten quite expensive. Many complete figures are selling in the $15+ range. This is mainly due to the fact that there are many collectors who do not own this figure and, as he is fairly hard to find, they are willing to spend a fair amount to finally cross him off their lists. Long term, I don't know if this will hold up. The figure is certainly difficult to find, but there were also tons of bagged samples that were put into the collecting community with the Hasbro Canada find in 1999. As such, I don't really know if this figure is going to continue to be more expensive or if his popularity will be short lived and, as more and more collectors get a sample, the price will fall precipitously. Either way, this isn't a figure that I'd spend a lot of time tracking down. The mold is great and the colors are bad. As such, he's a guy that I can use when I want to but he's not someone I go out of my way to get into a dio or other scene. 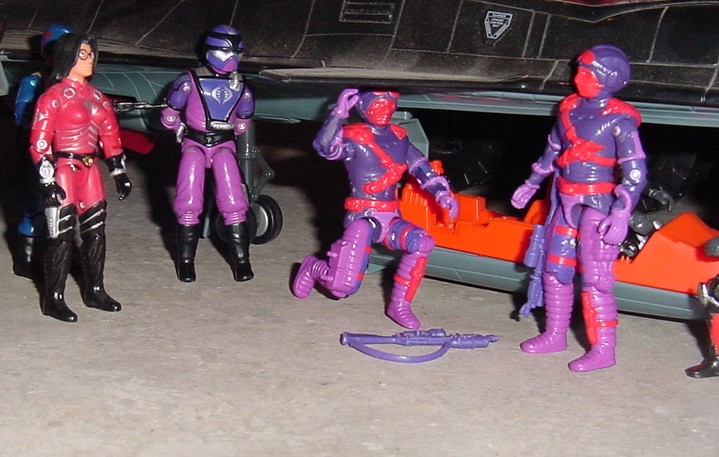 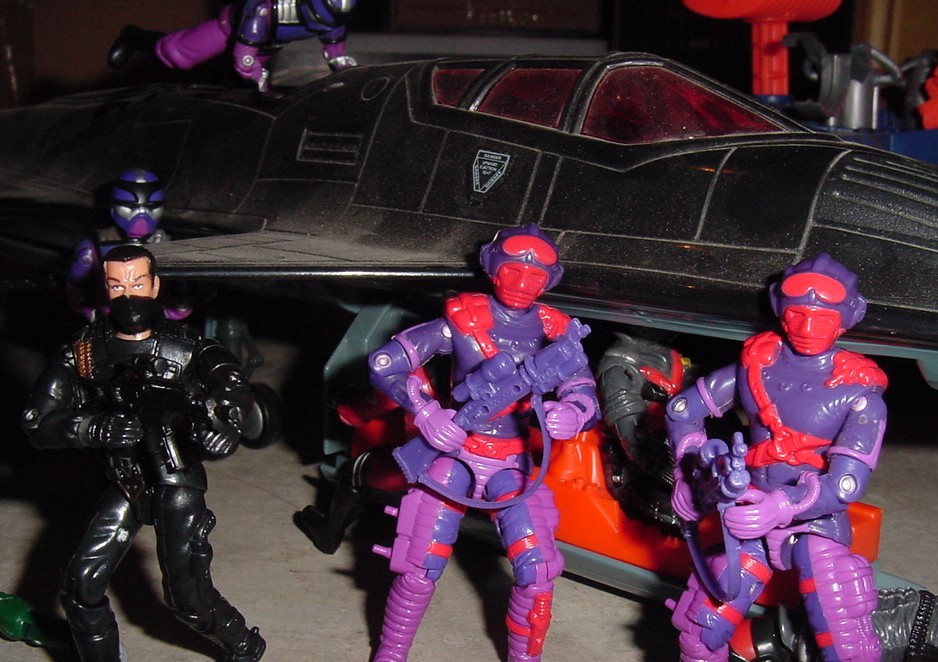 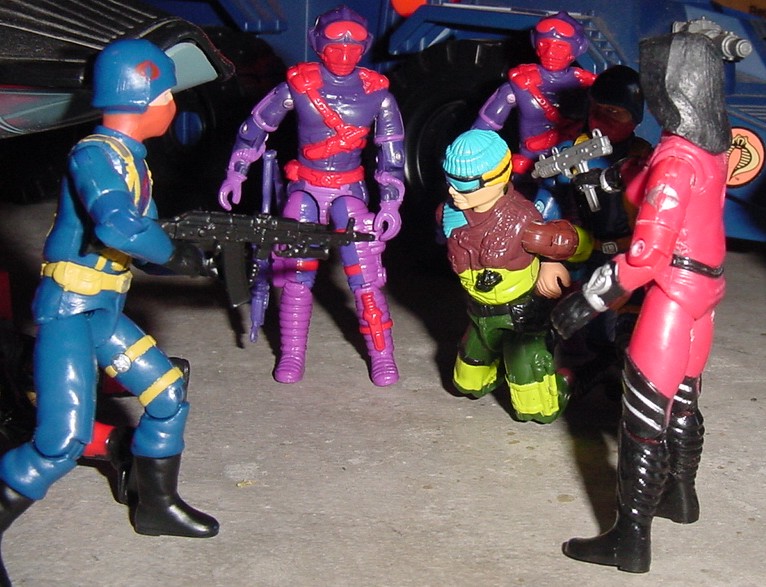