Few Joe collectors care about the Eco Warriors. For many collectors, they mark the definitive beginning of the downfall of the vintage line. For all the hatred spewed their way, though, the Eco Warriors line actually features some nicely detailed sculpts and solid ideas...even if they were horribly colored. Eco fans, though, have several ways to build their collections. There were Eco Warriors released in 1991 and 1992. In 1993, two other figures were to join the ranks and were released in Eco colors even though the subset had been cancelled. The most interesting Eco subset, though, comes from Brazil. There, Estrela released 5 unique Eco Warrior figures under the Forca Eco banner. There were three exclusive Joes and 1 exclusive Cobra. The fifth figure, and subject of this profile, was just a repaint of the American leader of the Cobra Eco Warriors: Cesspool.

Poluicao is just a straight up repainted Cesspool figure. While he appears similar to the American figure at first, he is, in all actuality, just as significant a repaint as is the more popular Corrosao with the exception of Corrosao's race change. But, no cares about Poluicao as most see him as Cesspool and will simply buy an American Cesspool should they want the character in their collection. Poluicao is cast in a lighter, baby blue and features maroon details. He is neither better nor worse than the American Cesspool, in my opinion. But, he is different. Depending upon the situation, I'll switch out the figures. Sometimes the darker uniform is nice, other times the lighter uniform just looks better. I somewhat like the baby blue version of the figure better as I think it fits the Cesspool character.

Due to the chemical damage done to his body, I've always figured Cesspool would be a little...odd. As such, wearing a powder blue uniform would fit his personality. It would lead to subordinates questioning his sanity and maybe even giggling behind his back. This would give Cesspool the chance to physically attack these men and prove his toughness. It would also sate his intense desire for violence. It is this personality that allows a man like Cesspool to so utterly destroy the earth. He simply cares about no one and nothing. As such, he enjoys his polluting binges as they may do irreparable harm to the planet. In his own twisted mind, this is what makes Cesspool immortal.

The reality of the Brazilian figures is that they are rare. In comparison to American figures produced at the same time, Estrela produced much smaller production runs. On top of that, most of those figures are still in Brazil. As such, there are really very few of these figures available to modern, American Joe collectors. However, I recently acquired this figure MOC for $1.00. Even after shipping, the figure was less than $6.00. Why? The answer is multi-faceted and gives much insight into the buying power and size of the Joe collecting world.

First off, Joe collectors are not like those of other lines where everyone is pretty much a completist. In fact, Joe is somewhat rare in that very few of even the hard core collectors would fit the definition of completist. As such, popular figures that are readily available continually sell for higher prices than rarer figures that don't have any following. These Brazilian figures are a prime example. While everyone wants a Flying Scorpion, Abutre Negro, Ar Puro, Marujo, Relampago or Gatilho, most collectors will pass over other, contemporary figures from these and ignore them all together. The result is that many hard to find Brazilian figures are actually cheaper to acquire than most of the more popular army builders that clutter online auction sites every day.

Secondly, the Joe market is so small that one single entity is capable of influencing the price of an entire group of figures. The Brazilian Eco Warriors are a case in point. In the late '90's and early '00's a dealer was able to acquire a huge quantity of the Forca Eco figures on the cheap from Argentina. These were imported to the US and then sold off very slowly for a few years. Complete sets of the Forca Eco figures were an Ebay staple for a long time. Slowly, though, the Corrosao figures disappeared. Then, the Biomassa figures followed. These were the more popular figures and they sold out first. But, the single dealer was able to bring so many of these figures over to the US that the demand for them was not just sated, it was quashed. The reality of that happening shows that the Joe world is rather small since a single collector can dictate the supply and price of specific figures. It's an interesting thing to consider: especially in light of how many collectors clamour for small runs of retailer exclusive products. With the numbers we seem to have, even a small run would likely end up a retail disaster.

You must be careful with Brazilian Forca Eco figures. When I opened my Poluicao, his water launcher was sweating in the bubble. This was not due to humidity. It was due to the degradation of the soft plastic used to construct the water launcher hose. Poluicao's helmet also exhibited some deterioration as well as it was tacky to the touch. Years ago, I experienced this problem with the helmets of Flying Scorpion and Biomassa figures. In the half a decade that's passed since then, the problem has only gotten worse. To paraphrase Adam Pawlus, "these things are toys that are not meant to last forever". Estrela produced these toys with cheap materials and we are now seeing the results. Estrela probably never foresaw that their Joes would still be written about in a worldwide forum 15 years after their release. As such, the money saved by the cheap plastic was probably a smart decision at the time. Now, though, this leaves collectors in a quandary.

The reality of the situation is that these are plastic toys and they are going to deteriorate in time. And, frankly, there is nothing that anyone can do about it. You might be able to slow it down, but you can't stop it forever. Some Star Wars figures produced in the late 70's and early 80's have this problem. It seems to be the softer plastics that go first. As such, we don't see it as much in the American Joe world...yet. These Brazilian figures are the harbringers of things to come. That nice AFA 85 Flying Scorpion you have stashed in a dry, cool, dark closet is not going to stay that way forever. At some point, you are going to pull it out and find a mass of black goo. It won't be through any fault of your own, it is simply what these materials were designed to do. It's likely that most of us won't live long enough to see this happen to most of our figures, but it is something to be aware of and on the lookout for as time passes.

If you want a Poluicao, they can be had...cheap. I've seen many sell for under $5 MOC in the past two years. But, they don't appear every day. In fact, it could take months before one appears for sale. But, when it does, no one cares and you can cheaply add this figure to your collection. That is not true of most other Brazilian figures. I've found that situations like this where you can greatly diversify your collection through cheap international figures are an opportunity that you can not pass by. The add depth to a collection, even when they are simply different takes on existing characters. 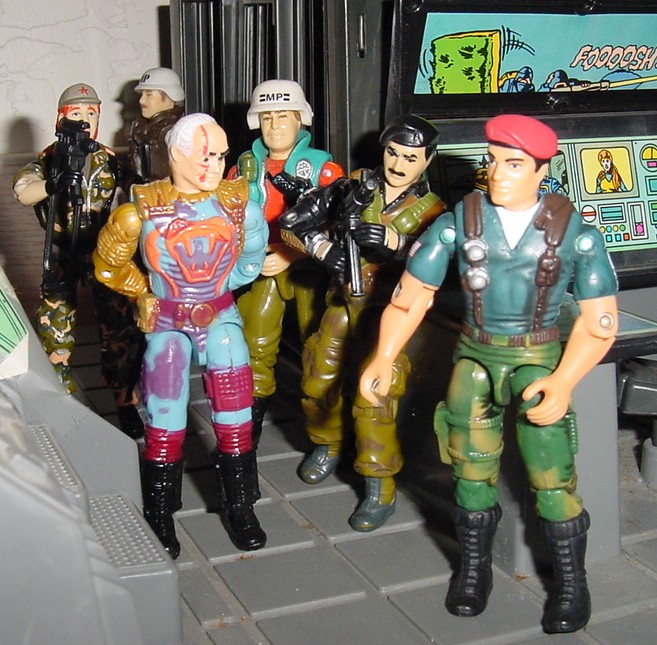 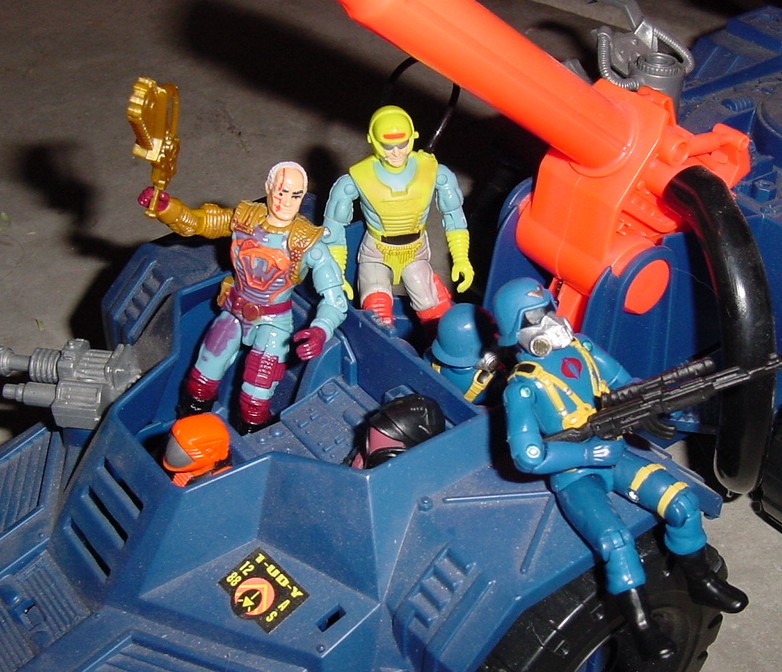 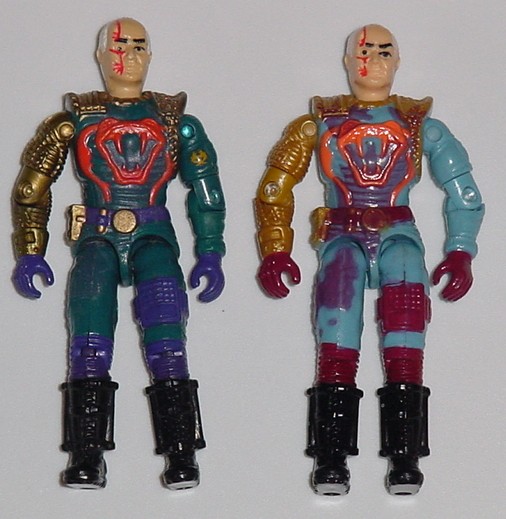 Posted by Robot_Sonic at 11:37 AM
Email ThisBlogThis!Share to TwitterShare to FacebookShare to Pinterest
Labels: Brazil, Cesspool, Eco Warriors, Foreign Figures