When I first got back into Joe collecting, one of the first figures I acquired at retail was a Bulletproof figure. I really liked his accessories, especially the helmet and gun. When I had only a few figures in my collection, Bulletproof got lots and lots of use. When I first discovered the online Joe community, I spent a lot of time looking over many of the unique international figures that were pictured in online archives. One of the figures that I remember the most was the Tiro Certo. It is a straight repaint of the Bulletproof mold, but with a uniquely racial head. As my collecting habits moved into the international realm, Tiro Certo was one of the figures on my short list of acquisition. But, there were many unique international figures who became available who slowly pushed Tiro Certo further and further down that list. In time, though, Tiro Certo became part of my collection. Now that I have him, though, I've found it difficult to use him in many situations. Usually, I like neon figures, but for some reason, Tiro Certo is a figure I have yet to fully integrate into my collection.

One of my collecting niches is race changing figures. Over the years, I have acquired several foreign figures that feature race changes. In the case of Tiro Certo, though, the race change is less obvious. While the figures is definitely lighter in complexion than Bulletproof, it is not as Caucasian as other Joes. Instead, Tiro Certo appears to be fully Brazilian. He is more a mix between white and black and remains unique in that complexion. It adds a dimension to the character as it gives him a look that is unique to the line regardless of the country of the figure's origin. It also allows the figure to stand out, even among those who don't otherwise pay much attention to neon figures from the line's later years.

In my collection, Bulletproof has long been a Joe army builder. I used him as the counterpart to Alley Vipers in urban environments. As the Alley Viper was one of my most used Cobras, Bulletproof got lots of use for a few years. Slowly, though, I grew a bit tired of the figure. I started acquiring many new figures and those pushed Bulletproof further and further into the background. In fact, it's been a long time since I've really used him in any capacity. Tiro Certo, though, is different enough from the Bulletproof figure that I can use the two in conjunction with each other. But, for the most part, I use Tiro Certo as a foreign security operative who works in conjunction with the Joe to help track down fugitives: whether they are Cobra or otherwise. I don't see Tiro Certo as a Joe, but as a Brazilian operative who works with the Joes since Cobra has placed so many operations in South America. At the end of the day, Tiro Certo is loyal to the Brazilian government first and foremost. Usually, I use Tiro Certo with Tigor. Tigor is the Brazilian equivalent of Flint and leads most of the special operations for the Brazilian military. Tiro Certo does not report to Tigor, but they work together, especially when it comes to Cobra operations being mounted in South America.

Even with this characterization, though, Tiro Certo doesn't get as much use as I originally thought he would. The reality is that the figure is bright. Very bright. While the Cerebro figure is actually a more muted yellow than the American Mace and is a superior figure, Tiro Certo is the same bright neon yellow that was used on the 1993 Bulletproof. In many cases, neon paint doesn't bother me. In this case, though, it does make the figure more difficult to use. Maybe it's the green base that really offsets the yellow. But, this figure just seems overly bright to me and I have found it difficult to integrate him into my collection in much beyond an advisory capacity.

Tiro Certo was among the final figures released in Brazil. He was first released around 1995 as part of the Esquadrao de Elite. Tiro Certo's partner was Cerebro, a Mace repaint. They were matched against 2 Cobras: Mortifero (a 1993 Alley Viper repaint) and Armadilha (a 1993 Beach Head repaint). All 4 of the figures were distinct in some way from their American counterparts, but were still very similar. Of the four members of this subset, Tiro Certo is the most unique due to his race change. Aside from that, though, he is nearly identical to the 1993 Bulletproof. Tiro Certo roughly translates to "Certain Shot". Like the Abutre Negro, though, the Brazilian name of Tiro Certo has a much more distinctive ring to it and allows the figure to be identified by a name that is distinctive and not generic like "Certain Shot".

The Bulletproof mold was used twice in the US: once in 1992 and again in 1993. It was only used in these two releases. (It should be noted that the helmet mold was changed between the releases to make the communications device permanently attached to the helmet.) From there, the mold was sent to Brazil where Tiro Certo was released. Since then, we have seen no evidence of the mold's return...except for the fact that the Mace mold did return in 2004 and was used for the comic pack Clutch. It could be that only the Mace mold returned, but the fact that he appeared does give some hope that the Bulletproof mold could still be available. It should be noted that Tiro Certo did not include the helmet. The reason is that in 1995, Hasbro was using the helmet for the Night Fighter Guile figure. In fact, you can see the black Guile helmet in some of the photos below. The black helmet actually matches the backpack that is included with the figure as it is black as well. Other than that, the Tiro Certo includes the same gun, backpack, missile launcher and missiles as the American figure.

Quality-wise, Tiro Certo is fairly nice. He is more brittle like all Brazilian figures, but not too brittle to use like some of the earlier Brazilian exclusives. His paint is somewhat faint, though, and mine featured some slight paint scuffs straight out of the package. As his hands are painted, I'm loathe to put his gun into his hand too many times for fear of the paint all wearing away. That is why you see the awkward poses in some of the photos below as I'm simply too chicken to risk heavy paint wear or a broken thumb by forcing the gun into the figure's hand. (One other note on the photos below. You will see a 1993 HEAT Viper in the photos below. That figure is actually the Raio Verde. The reason he's with the Joes is because, in Brazil, the Raio Verde figure was released as a Joe. The Iceberg repaint named Pantano was released as a Cobra. So, the photo is correct in showing 3 Brazilian good guys all working together...even if it seems odd and out of place to American collectors.)

A few years ago, carded Tiro Certo figures were fairly easy to find. You could get them from Brazilian sellers for under $15. But, those seem to have dried up in recent times. Still, Tiro Certo isn't a figure that will set you back as much as others. Carded, you should be able to get him for around $25. If you can find a loose sample, they should run about 1/2 that amount. But, you will spend a lot more time looking for Tiro Certos these days as they don't appear with the frequency that they did just 3 years ago. For my money, this is a great conversation figure. As part of an everyday collection, though, it is a bit hard to use. The head color is great but the bright neon yellow really makes it hard for this figure to blend into a collection. Displayed with his Brazilian contemporaries, Tiro Certo works very well. Integrating him into a more traditional American Joe collection is a bit more problematic. 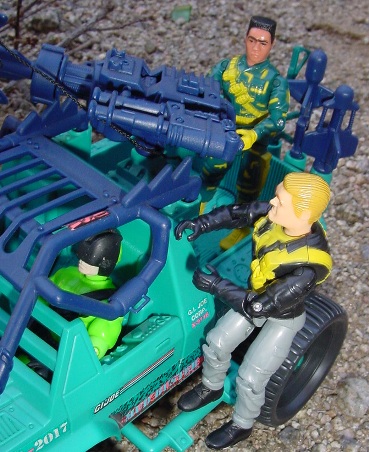 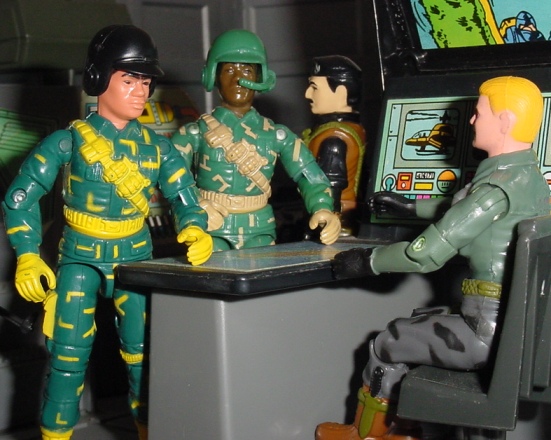 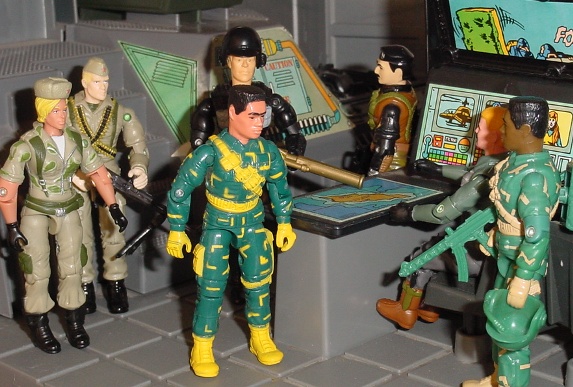 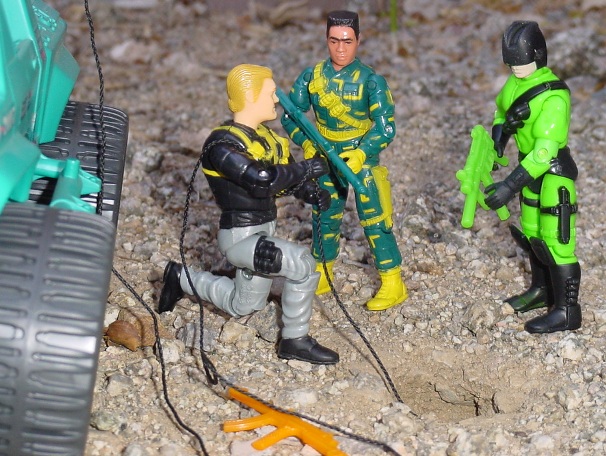 Posted by Robot_Sonic at 10:50 AM
Email ThisBlogThis!Share to TwitterShare to FacebookShare to Pinterest
Labels: Brazil, Bulletproof, Foreign Figures, Tiro Certo