It has been more than 5 years since I last looked at the Overlord character. Since that time, my use of the character has changed dramatically. That is entirely the fault, though, of the figure which I am now profiling. Unlike that original Overlord figure that appears more ceremonial than combatant, this new version showcases the character as a dashing military leader. That was not the vision I had of the Overlord figure back in 2003 when there was only version to choose from with no updates on the horizon. This figure, though, has made the actual character of Overlord a relevant player in my collection. Now, this this mold at my disposal, Overlord is another military leader upon whom Cobra Commander relies.

This Overlord figure uses the torso of the 1988 Destro figure. While I've often ridiculed Master Collector for their lack of understanding that the '88 Destro figure was desirable, the fact is that had they used the mold for Destro in the 2005 set, it would be unlikely that we would have ever gotten this Overlord figure. The head was newly molded exclusively for this figure by Master Collector since it was likely the original mold died in Brazil. The rest of the body is taken from Barricade. As such, the figure can stand next to the '88 Destro but still appear different enough for them to be relevant. The helmet is a recolored version of the helmet included with the DTC Major Bludd and the trademark claw is actually from the 1988 Storm Shadow figure rather than the original Overlord. The result, though, is a complement of accessories that hearken to the original figure but that also seem like an upgrade over the old designs. This figure is instantly recognizable as Overlord. Yet, it also has a look unlike anything else in the Cobra army. That is a rare combination for a figure produced after 2001 and shows that, with a little ingenuity, great figures can still be produced from the library of ARAH style figure molds.

The paint details on this figure are exquisite. The highly detailed Destro chest is now painted to its full glory. You can see the shoulder pauldron, neck brace and strapping now that they are highlighted with full color. This figure is striking contrast of Gold and Green. There is just enough black and gray thrown in to make the figure stand out among retail released figures. The gold highlights are also a nice throwback to Overlords original color scheme and help tie to the two looks together. The green might be a little bright for some. But, it fits with the gaudy gold armour that Overlord wears and isn't a color that has been overdone in the Joe line. The Barricade legs, arms and waist fit nicely with the Destro torso. Overlord's gold mask does blend a bit too much into the figure's body when you remove his helmet. But, the silver monocle makes up for that as it brings more color to the figure's head. The COIL logo on Overlord's helmet is a nice touch. And, as the logo is two snakes, it still fits with the Cobra theme and allows this figure to be used as a full Cobra rather than some outside impostor.

This version of Overlord was meant to command the COIL Troopers. I don't know anything about the COIL. Supposedly, they were some lame Devil's Due creation to spark their always slumping sales. There is reference on Overlord's filecard to them being his new army. The result, though, is a figure cast in a non-traditional Cobra color of green. In a way, it works since it kind of ties to Serpentor's classic look. It is also a nice bit of diversity in the ranks of the high ranking Cobra command. Overlord's actual COIL troopers from the same convention set are done in the same colors. But, as figures, they are somewhat boring and have really failed to capture any sort of collector attention and can now be routinely purchased for less than their original price.

Now that the actual character of Overlord is coming back to my collection with this mold, I have to figure out a way to fully integrate him. I see Overlord as loyal to Cobra Commander rather than anyone else. My Commander needs more military commanders in his stable to offset the number of high quality generals loyal to Ramen. I see Overlord as a political climber who feels that military credentials are the fastest way to long term power. Unlike the conniving politicians who now surround the Commander, Overlord is someone who has little interest for politics. He sees himself become more of a military dictator rather than a legislator who rules through subversiveness and legalese. He is loyal to Cobra, though. I don't need any more enemy factions. Cobra is the organization with power and it's better to be a high ranking officer in Cobra than it is to control your own, smaller faction.

This has brought the character new life in my collection and made him a recent figure of some importance. The distinct look coupled with the classically underutilized character makes for a figure that retains some relevance. Many of the convention Cobra characters have been well done...but, they haven't exceeded earlier figures of the same character. As such, when choosing the iconic version of a figure, I find that the con figs are often left behind. This is not so with Overlord. To me, he is the highlight of the 2006 convention set and is worthy of replacing the vintage Overlord in my collection. Based on the exposure he sees in the modern collecting world, though, it seems that I'm in the minority on this point. But, it still gives me access to another high quality figure, so I'm happy. :)

Truthfully, I see little reason for another version of Overlord to appear. It is likely that Master Collector holds the exclusive rights to the head mold, so any figure utilizing the existing mold would likely have to come from them. While some might like to see this combination of parts appear in another color scheme that better integrates with Iron Grenadiers or standard Cobras, I wouldn't want to waste one of the few remaining ARAH style Joe slots on another repaint of a figure that was done so well with this release. I will grant that this figure isn't for everyone due to the colors. But, it is something different that adds more depth to a Cobra command.

Right after the 2006 convention, Overlord figures were cheap and plentiful. Slowly, though, they dried up and seemed to settle into the $25-$30 range for a while. As with all convention figures (except the 2002 Crimson figures), though, as new sets were released, demand for the older figures softened. These days, you can get a mint, complete Overlord in the $15-$20 range without too much effort. Given patience and a little luck, you can even get them for about 2/3 of that from time to time. Even at the high end, though, this figure is a must buy. It is the best version of Overlord and is the only rendition of the character that accentuates his roots as a military commander. For many collectors, though, the very nature of this figure being a convention release puts the figure out of their preferred price range. But, this is a rare case where the high price is well worth it for the quality of figure and importance of character. 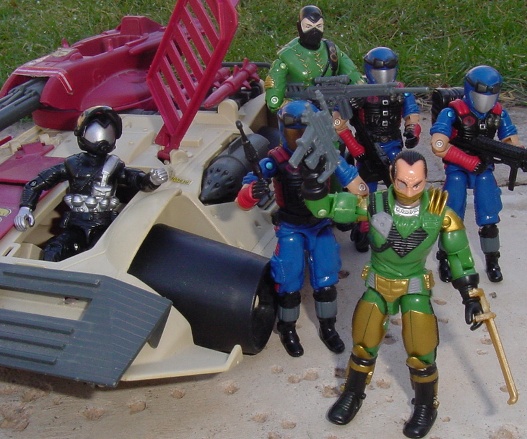 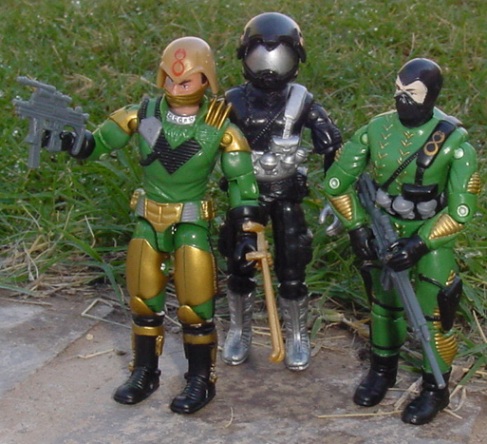 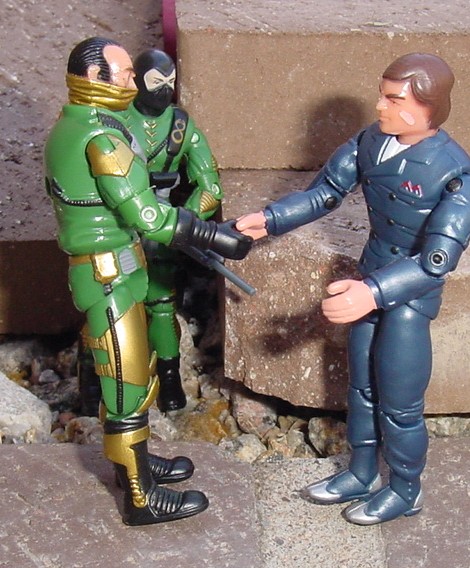