Ahh, the Funskool Zartan: an infamous release in many ways and one that was, at the time, among the most anticipated new figure offerings that collectors would see. It was a figure that whose release led to fights and an early splintering of the community. But, as a design, it didn't disappoint those who had waited so long for a new version of the mysterious Cobra Chameleon. Today, the figure isn't as special as it once was since the mold has subsequently been used a few more times on solid releases. But, this figure remains a testament to Funskool's ability to, every now and then, produce a figure that was almost universally accepted by the American collecting community.

As a figure, the Funskool Zartan isn't that much different from the American figure. (Though he no longer changes color.) He is cast in the same basic maroon and black that is the hallmark of the American original. But, there are a few, subtle differences that allow this figure to stand out and offer a little something more for the Zartan fan. Aside from the additional paint mask on Zartan's boots, the main difference is the face paint. The American figure features dark makeup around Zartan's eyes. On the Funskool figure, the paint is more subtle. But, the face paint only accentuates the truly noticeable difference in the figure: the eyes. The Funskool Zartan features a pair of beady yellow eyes that give the figure a more monsterish look. This Zartan is even more bizarre than the character who debuted in 1984 and the eyes add a creepiness to Zartan that only enhances that aspect of his personality.

There is a reason that the Funskool Zartan is similar to the American figure. It is the same reason why many iconic Joe characters who appeared in the Funskool line are similar to their American counterparts while other, less iconic figures, tend to take on wacky and bright color schemes. As Funskool was a Hasbro licensee, they were bound by Hasbro's whims when it came to figure design. There were certain characters that Hasbro wanted to keep consistent across all their releases. These are the big name, iconic characters who appear in cartoons, coloring books and comics. This gives the brand a universal appeal, but also allows for licensees like Funskool to re-use other aspects of Joe media as a cross selling tool for their products. As such, these core characters were kept close to their American designs so that the figures would maintain their consistent look. (You will note that while Funskool deviated from this in many of their early figure offerings, in almost every case, they also released the character in colors more similar to the American original.) Characters or figure molds about which Hasbro had little concern in regards to branding were allowed to be redone by Funskool in the bright, atrocious colors that have become the calling card of Funskool designs. As such, it is easy to spot characters about whom Hasbro cares by looking at which Funskool figures stayed true to the original character. Those who saw massive deviations were figures about whom Hasbro had little long term interest.

This Zartan isn't without his problems. Like most Funskool figures made in 2001 and 2002, early Zartans suffered from poor quality. The distinct and desirable eye paint was usually botched the worst and that rendered many figures unusable since the most desirable characteristic was ruined by the factory. If you could get a good Zartan figure, the accessories were also problematic. The Funskool Zartan's hood is not glued to his head like the American figure's is. To make matters worse, the hood is a hard, rigid plastic that is not pliable and does not take the shape of the head. So, it is often wobbly and loose on the figure. Most collectors got around this with a dab of glue. But, that posed another problem. While this Zartan does include his trademark face mask, the mask is also of hard, rigid plastic. So, if the hood is glued in place, you can not easily bend the mask to fit into the hood as it was intended. But, since Zartan didn't include his original backpack to hold the mask, that can be less of an issue. The highlight of the accessories is the body armor that Zartan wears. The Funskool version is solid black and that adds a bit of depth to the figure when it is affixed. However, the leg pads especially are notorious for not fitting into the figure (though, to be fair, the comic pack Zartan from Hasbro in 2005 has this same issue...) and they do tend to pop off at inopportune times. This version does include the original pistol (which Hasbro has thus far failed to return to the market) but it is colored bright red. So, as a package, the Funskool accessories are a definite detriment to the figure. But, if you have some spare American Zartan accessories around, those do work quite well with this figure. One other point of interest is that this figure isn't glued together like the American figure. So, customizers can easily use his parts on any other Zartan inspired creations they might have.

In my collection, this figure remains popular. He is not, though, used for the Zartan character. Instead, this is a figure who commiserates with the Funskool Red Dog and Funskool Mercer as criminals on the outside of all factions. They are sought by law enforcement of both Joe and Cobra as their activities are to the detriment of both entities. This Zartan figure always wears his mask. (Thus, making him distinctive from the real Zartan in my collection.) What's beneath the mask remains an enigma and many speculate that he is, in reality, a high ranking member of either Cobra or Joe who has gone rogue and uses his inside knowledge to stay one step ahead of his pursuers. Essentially, I have taken the elements of the Dreadnoks that I liked best and put them into characters who, I feel, have more depth and range. It is something I have always done with my various foreign figures and is probably why those releases play such a prominent role in my collection today.

The Zartan mold was used in the US for the original figure. From there, Zartan was produced by Hasbro for various countries. (The most famous being Japan where Zartan was released as a single carded figure.) The mold was not used again until late 2001 when it appeared in India for use on this figure. (As a note, there is a variant on this figure: some early Zartans have black elbows and others have flesh elbows. This is a common Funskool variant that affects many figures. It's not terribly interesting, but should be noted.) In 2004, Hasbro reacquired the mold and used it for a Convention exclusive Zartan figure. This bright orange creation simply never caught on in the collecting world and remains largely unsold. Hasbro managed to redeem the character with the comic pack version that was released in 2005. While the original head was replaced, the figure still included all the chest and leg armor that make the figure so unique. Really, there isn't much interesting you can do with the Zartan mold. So, at this point, there really isn't any reason for it to be used again.

The Funskool Zartan figure used to be available from a variety of dealers for about $4. But, like most of the more popular Funskool figures, the supply of Zartans dried up after Funskool got out of the Joe business. These days, collectors have to turn to aftermarket dealers or Ebay to find a Funskool Zartan. But, while they may be a little harder to track down these days, they aren't much more expensive. You might pay upwards of $8 for a MOC figure but that's still pretty good for so important a release. If you're in the market for the figure, though, be sure to find Zartans produced in 2003 or later as those will be the best quality. (There are bagged versions that are the best, but they don't include any accessories so you still need the carded figure for those.) This is a great version of Zartan if only for the creepy eye factor and remains the version of the character that is most often used in my collection. Even at the now higher prices, this is definitely a figure that every collector should own. 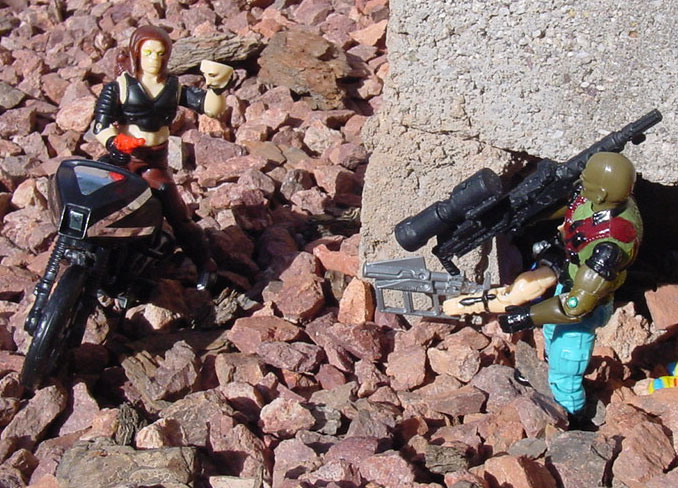 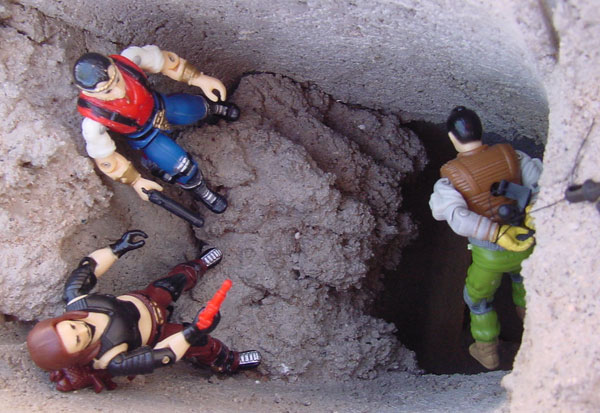 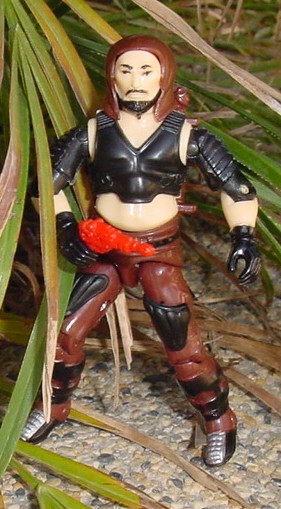