In the late '00's, enterprising collectors realized that they could have some Joe figure molds bootlegged in Chinese factories.  This lead a flood of repaints of some particular army building molds.  However, it has also shown that Hasbro, despite their attempts to appease the collector market, really missed some golden opportunities to supply collectors with large numbers of easy repaints that would have been gobbled up by the collector market.  These bootlegs have also shown that, done right, simple repaints that might appear quaint on paper actually create some great figures that integrate into a collection in a way that no Hasbro repaint ever could.  Such is the case with this bootleg Cobra Mortal.

Construction wise, these figures are bootlegs.  As such, they are not Hasbro quality.  The plastic feels cheaper and more brittle.  Some of the figures have bad O-rings that makes them difficult to pose and joints can be looser than new, out of the package Hasbro offerings.  They are also very slightly smaller than vintage Joe figures.  As such, the figures can not wear vintage backpacks.  The footholes will not fit on vintage vehicles.  So, they are easy to tell apart from original Hasbro figures when you have them in hand.  From pictures, though, the figures are very similar and easily do integrate with an original Hasbro collection.

Bootlegs are extremely problematic in the collecting world.  When you have figures like this Cobra Mortal that were never released, it is easy to know what you are buying.  But, the first forays into bootlegging were Cobra Troopers designed and colored like the originals.  Other enterprising bootleggers then copied Storm Shadow and carded the figures on Chinese cardbacks.  These figures become more problematic as dealers and collectors can be duped by them.  I have seen at least three major toy dealers who have sold bootleg Cobra Soldiers as originals.  In truth, I don't mind paying $6 for a bootleg Cobra Trooper that is similar to the vintage.  But, I'd be extremely upset to spend $20 for a figure I thought was vintage that turned out to be a bootleg.  Fortunately, there are some tells on the bootleg figures and many dealers are above board and let the buyer know they are not selling an original.  But, buyer beware on deals for some of these figures that have been bootlegged as you don't want to spend too much thinking a figure is original when it's not.

The bootleg figures first started showing up in the mid to late 2000's.  Cobra Soldiers colored like their vintage counterparts were the first to appear.  Then, Crimson Cobra Troopers started popping up.  Then, black Cobra Troopers, then Desert, then Grey Troopers modeled after the Stinger Driver.  This then opened the floodgates and there are now several dozen different bootleg Cobra Trooper designs out there.  These are often referred to as "Black Major" figures after the Ebay seller who creates most of the repaints.  They are also sold under the moniker of "customs" because Ebay does not like the work bootleg.  Aside from the Cobra Troopers, there are bootlegs of V1 Storm Shadow (available in white on Chinese cardbacks and chromed in gold or silver), dozens of variants of the V1 Crimson Guard, a dozen or more variants of V1 Snake Eyes (including this Cobra Mortal) and a variety of figures designed after the Cobra De Aco from Brazil.  There could be more as time goes on.  But, these have filled a variety of holes for collectors in the past few years.

As for this Mortal, he exists in various flavors.  There is a Cobra blue version using the Cobra Trooper body and a red version with the Snake Eyes body sporting a Red Shadows logo.  (I have this figure as well and he's a great new Red Shadows villain.)  But, I like the simplicity of this blue figure.  Were the original Cobra Mortal an American release, it would be lightly regarded.  It is different.  But, the rarity of it is really what drives collector interest.  This figure, though, takes the idea of the Cobra Mortal and makes it useful.  This Mortal appears as a Cobra.  It gives him an origin within the Joe world and helps integrate him into early Cobra lore.  It was this that attracted me to this particular design.  I see this Mortal as an early Cobra assassin.  He crossed paths with the Joes and was likely killed in the very earliest days of the Joe Vs. Cobra conflict.

It's a small use, but since this figure does match up with other '83 and '84 figures, he can work as an early Cobra operative.  I've always felt that the early days of Cobra were under-represented in the comics.  We saw glimpses of Cobra's formative days, but not much detail.  However, in some of the early comics, we saw unique, unnamed Cobras who were in the company of Cobra Commander.  To create an organization the size of Cobra, the Commander surely had to have top officers in his confidence who helped move the organization along.  As the named Cobras who appeared later all seemed to have backstories outside of Cobras origins, we are left to wonder what happened to many of these early pioneers who built Cobra into the organization it became.  It doesn't appear that the Commander rewarded them.  So, perhaps he had them assassinated in a paranoid rage.  Maybe they just succumbed to the ineptitude of the Cobra Troops and died in battle.  Regardless, it's an unexplored timeframe in Cobra's existence.  And, characters like this Mortal can fill in some gaps for those undocumented times in Cobra's history.

These bootleg figures are both easy to find and hard to find.  Certain configurations were produced in larger numbers than other configurations.  As such, figures like this Cobra Mortal are somewhat harder to find now than figures like the bootleg Cobra Troopers you see in the background.  However, as these are bootlegs, there is nothing stopping anyone from producing another 10,000 Cobra Mortals and selling them to the collector market.  As such, buying bootlegs can be difficult.  If you spend $80 for one and then see hundreds come out a few weeks later for $8, will you feel you were ripped off?  If the answer is yes, you probably should avoid the bootleg market.  But, if you feel that some figures are worth any price and you won't care if they turn into pegwarmers or a Pimp Daddy Destro, then you can spend what you feel is fair for bootlegs and not be disappointed either way.  Personally, I'm ecstatic that collectors had the opportunity to acquire some figures that Hasbro so poorly skipped.  Sure, they're not quite the same quality.  But, these guys are on display and not a toy that I play with every day like I did when I was a kid.  Hasbro or certain collectors may be butthurt at these figures' existence.  But, I think they prove that, sometimes, collectors really do know what they want and would be willing to spend to get it. 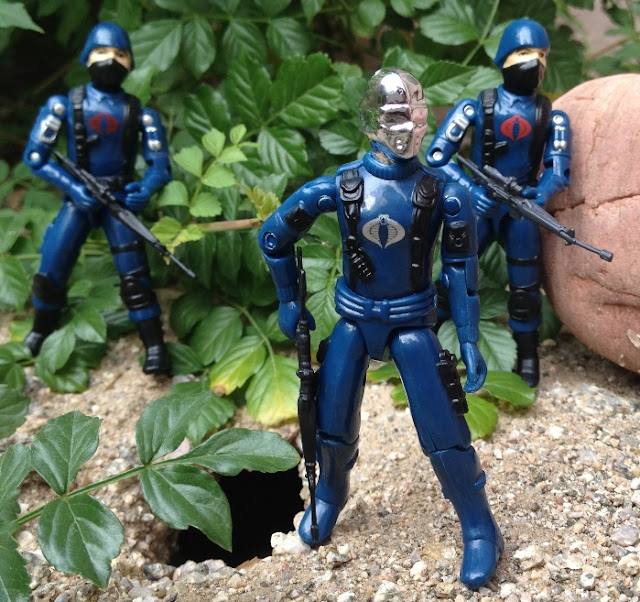 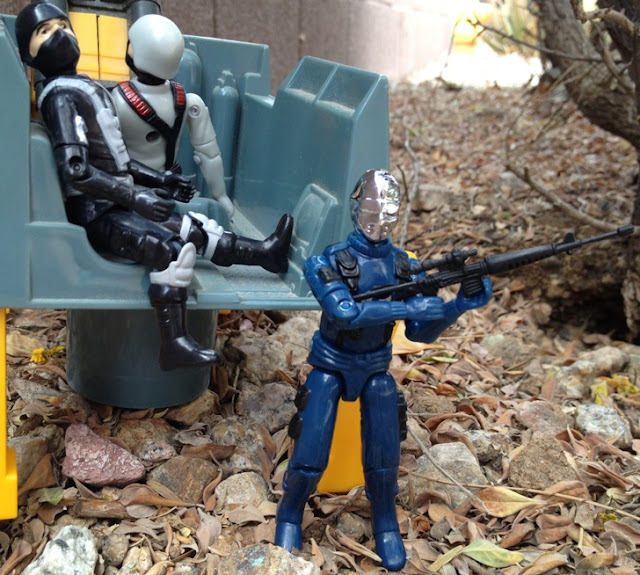 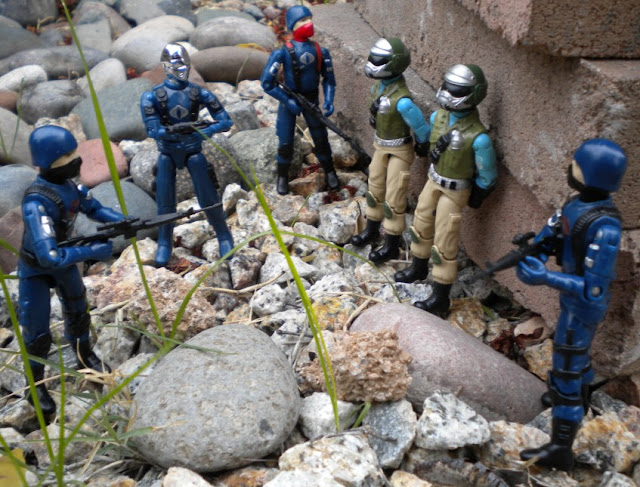