Sometimes, a great idea is simply brought to life at the wrong time.  It's happened more than a few times in the Joe world.  If you had told me in 2002 that in just three years a 6 pack of excellent Cobra army builder repaints with no named characters at all would be one of the biggest bombs of the repaint era, I would have thought you were crazy.  But, that's exactly what happened with the Toys R Us exclusive Crimson Shadow Guard set.

On the surface, this set is a complete winner.  For $20, you got 6 Crimson Guards repainted in black.  The visual result is stunning and brings a new, more combative element to the Crimson Guard genre.  Each figure included the standard helmet and backpack you would expect from a combat unit.  But, beyond this, the set starts to fail.  Rather than include the modified AR-15s from the original Crimson Guard set, Hasbro gave the Shadow Guard a full complement of ninja weapons.  So, instead of firearms, the Shadow Guard was decked out in crossbows, swords, knives, claws and other bladed weapons.  As extra accessories, these would have been perfect.  As the only weapons in the set, though, the reused ninja weapons failed miserably.  The Shadow Guard was not effectively equipped.  And, by this time, collectors had grown weary of having to pay to replace the crappy Hasbro accessory choices with aftermarket offerings.  But, the real issue was the overuse of the mold in such a short time.

In 2003, Hasbro recast the Crimson Guard mold.  The plan was to use this for the mail away Agent Faces figure and then in a 3 pack of Joes in disguise.  This infiltrate set was planned to include Gung Ho, Duke and Snake Eyes on Crimson Guard bodies with helmets concealing their true identities.  However, Hasbro did not market this to major retailers.  Without their buying power, the set couldn't muster the numbers needed to warrant production.  The result was the set's cancellation and, subsequently, the bankruptcy of more than one online G.I. Joe seller who could not produce the cash to pay back customers for pre-orders.  Hasbro, though, had spent the money on the molds.  So, a new head was added to the Crimson Guard body and the mold was released in late 2004 in the KB Toys exclusive Operation Crimson Sabotage.  The Toys R Us exclusive Crimson Guard sets followed to retail in early January of 2005.  The mold then saw it's final use in this Shadow Guard set in the early summer of 2005.  It was a lot of exposure for the mold in a short time frame and over saturated the market.

The redesigned mold was similar enough to the vintage Crimson Guard that it integrated well.  The issue, though, was the removable helmets.  As an add on for the Agent Faces figure, this removable helmet was ingenious.  As a staple for a highly popular army builder, though, it didn't work as well.  The helmets are large, bulky and leave the figure's neck exposed.  The result is a figure that is inferior to the vintage, sculpted helmet.  Personally, I find both the Crimson Guards and Shadow Guards to work better without their helmets.  The masked faces are a nice touch and follow the standard Cobra appearance.  Putting troops into combat without helmets also seems like something Cobra Commander would do in order to sort out the best and toughest troopers.

As a figure, the Shadow Guard is nicely done.  The black motif works well on the dressy Crimson Guard uniform.  This is a perfect way to use Crimson Guards in more combat specific situations.  But, I have found the most prolific use of the figure in my collection has occurred as a base for LBC Cobra customs.  I swapped out the generic head of 2 Shadow Guards and replaced them with a head from Agent Faces and the Fred head from the comic pack Cobra Commander.  The result is two new Cobra politicians who fill niche roles in my Joe world.  The black uniforms denote they are powerful, but still low enough on the command hierarchy to have to wear standard uniforms.  (This also allows the army building Shadow Guards to be their special troops who perform dirty work around Cobra Island as part of the political intrigue.)  Beyond this, though, I find the figures somewhat limited.  As a standalone, the figure works well.  But, it is not suited to be the backbone of any collector's Cobra army.

It is in this vein that this figure could have been better executed.  The 2005 Crimson Guard set was designed with collectors in mind.  The set broke up Tomax and Xamot into distinct sets.  But, instead of packaging 5 army builders in the set, it included 4 and a Firefly figure.  I have long speculated that Firefly was a last minute addition to the set.  Regardless, though, if the Firefly had been replaced by one Crimson Shadow Guard, I think collectors would appreciate the figure that much more.  As an army builder set, the black rendition of the classic mold is overkill.  As a single figure who could serve as a commander for a small unit of standard Crimson Guards in service of Tomax and Xamot, though, the figure would work excellently.  Thus, the execution of the figure limited it's value and appreciation.  Had this been a one off in the original Crimson Guard set, it would be a coveted figure today.  But, as a set, the Shadow Guards largely sated collector demand and faded into obscurity.

From a design standpoint, the Crimson Shadow Guard was well received by collectors.  But, the late release date, terrible accessories, announcement of the line's hiatus and general army builder fatigue all added up to a retail dud of a set.  Toys R Us was anxious to get rid of its Joe merchandise since the line had, effectively, been cancelled.  So, the Shadow Guard hit clearance very quickly.  But, even ridiculously low prices couldn't move the inventory.  Despite production numbers of only around 20,000, the sets continued to collect dust.  Finally, many stores and the online arm of Toys R Us reduced the price of the set to $4 each.  Even at this price, it took a few weeks to sell out.  The result was a set of figures that was stupidly cheap for many years.  Now, though, some of the bad memories of the time frame of this set's release have faded.  Mint and complete with filecard Crimson Shadow Guards will sell for as much as $10 to impatient buyers.  But, a more typical price is around $5 per figure with boxed sets still selling in the $22 - $25 range.  That's cheap for a high quality army builder.  And, it makes at least one Shadow Guard an essential part of every collection. 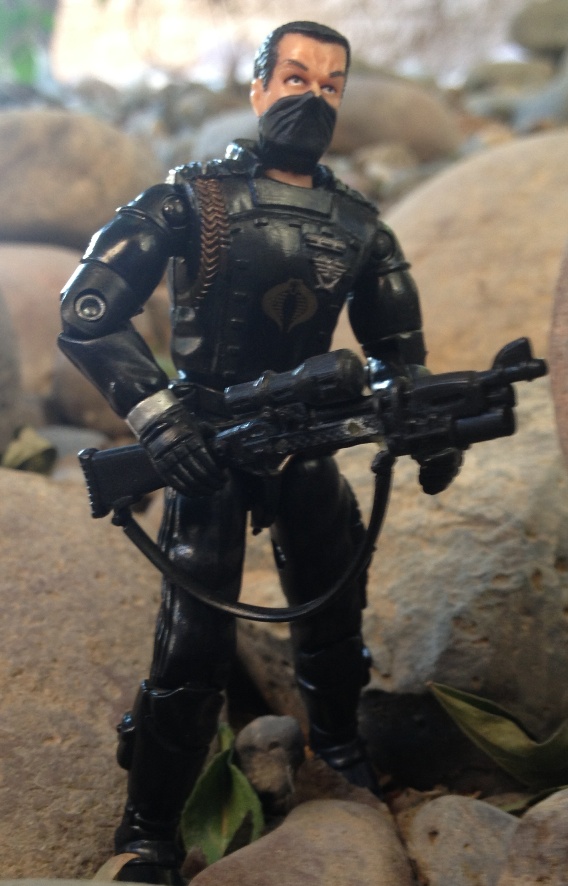 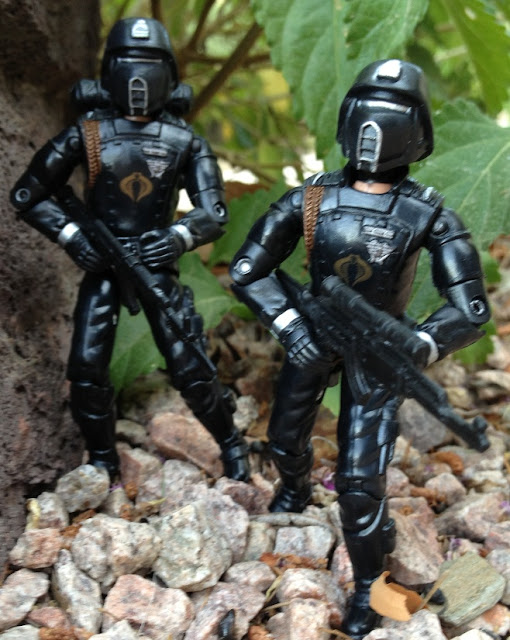 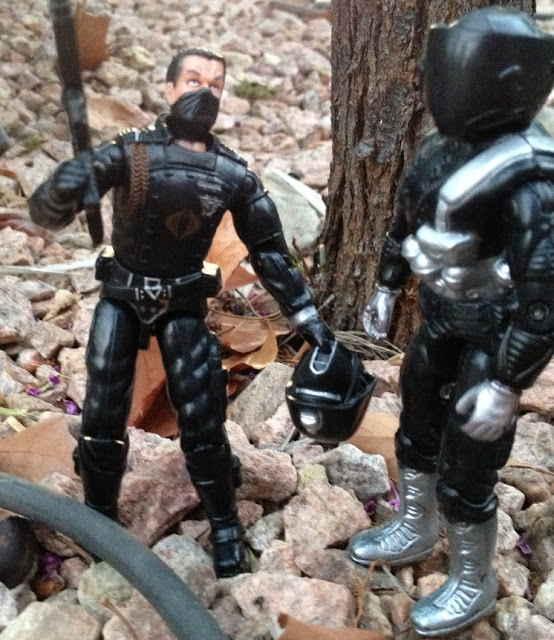