As a release year, 1988 had quite a few advantages over 1987.  While the 1987 Joes have some of the most iconic characters in the line, the 1988 Joes stand with them toe to toe in terms of figure design, coloration and accessories.  The 1988 Cobras still have their issues.  But, they are substantially ahead of the 1987 Cobra characters.  1987 obviously wins out in terms of media exposure and that alone made 1987 the line of demarcation in the Joe line for many years.  Figures made through 1987 were "awesome" and those made after were much less so.  Time, though, has faded much of the early year bias in the Joe line and many collectors have come to realize the exceptional figures produced throughout the lifespan of the Joe line.  High quality figures from all years have seen upticks in popularity in the collecting world and have become figures by which collectors define a base collection.  One such figure is the 1988 Shockwave.

If you want to look for one simple reason for the vintage Joe line's success it was the diversion from military only into a more diverse grouping.  Joes weren't all grunts wearing green fatigues.  The colors that were added gave the figures more character.  But, some more civilian specialties were added to the ranks as a way to continue the diversity of the line.  (Unfortunately, the line followed this through reductio ad absurdum with the ultimate inclusion of space aliens, cyborgs and bright neon colors.)  Figures like Shockwave with his SWAT specialty deviate from the traditional notion of military toys, but are still closely related enough that it's not a stretch to see a figure like this in a line named G.I. Joe.

The Shockwave mold is incredibly detailed.  His body armor, mask and general design are intricately detailed.  The sad part, though, is that Hasbro didn't bring out these details with paint masks.  At his core, the figure is two toned in multiple shades of blue with a few splashes of yellow cammo.  The handguns, knives, buckles and other details from the figure are left in the base colors.  Really, the figure appears to have paint masks more in line with releases from the line's final year than it does his 1988 contemporaries.  But, even with this lack of paint, the figure works.  The mold is still strong enough and the colors done right enough that the missing details can be forgiven.

My main memory of Shockwave as a character comes from the issue of G.I. Joe Special Missions where he was introduced.  My recollection is not of Shockwave, though, as much as it is of the story and father with the rictus.  But, that tells the story of Shockwave in a nutshell: he is relatively undeveloped.  You have a character wearing a badass uniform with wicked accessories who can pretty much be anyone you want him to be.  Or, as is the case in my collection, who you don't want him to be.  To this day, I view Shockwave as more of an army builder type figure than an actual Joe character.  The faceless mask and law enforcement background make him more of a nameless support character who may bite the dust when faced with a den of Cobras.  It gives the figure more use, even though the character is undeveloped.

Shockwave's accessories are nearly perfect.  His blue backpack is large and detailed.  The side, though, features a working sheath for Shockwave's knife.  The blade is designed in silver and is an imposing addition to the Shockwave character.  He also includes a terrible blue handgun that doesn't really fit into his hand.  The handle is too broad and the design is somewhat bulky.  The sad reality is that this handgun saw massive reuse in the '90's as a staple of the weapon trees.  Shockwave's main weapon, though, is the blue, suppressed sub machine gun with stock.  While the weapon is well detailed and sturdy, it still plays out as a compact urban assault weapon.  It really works perfectly with the figure.  Of course, the main issue with all of Shockwave's weapons is that they are blue to match the figure.  When used with Shockwave, the blue is forgivable since it matches the figure.  But, it makes it pretty much impossible to share Shockwave's gear with other figures.  The upside is that his machine gun was available in black with the hard to find Night Force Shockwave, but also with the easier to track down 1992 Ace, so collectors have a cheap way to acquire one for use with other figures.

The Shockwave mold was used in 1988 and again in 1989 as part of the Night Force subset.  The legs appeared in 1993 for Beach Head.  (They, though, died in Brazil after they were used on the Armadilha figure.)  After that, the mold disappeared for many years.  In 2008, the head, chest and arms finally reappeared for a convention release.  Collectors were deprived of the mold in 2002 when Hasbro could not find it for the Wave 1.5 release.  There is much that could have been done with this mold.  Collectors would have loved to have seen it in multiple colors in various repaint sets.  But, that never happened and collectors are left with another mold full of unfulfilled potential.

Shockwave figures are rather popular.  He is a character that collectors enjoy and desire to be part of their collections.  As such, mint and complete with filecard versions are among the more expensive 1988 standard release figures.  The figure is very prone to discoloration, cracked elbows and paint wear.  So, finding a mint version can be a bit of a challenge.  But, Shockwave is well worth the acquisition.  Many collectors prefer the Night Force version or the Convention version.  But, the original is much cheaper, easier to find and as useful as those rarer figures. 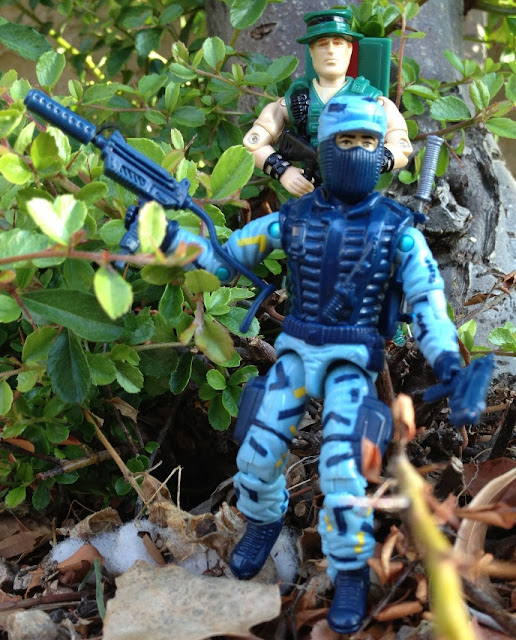 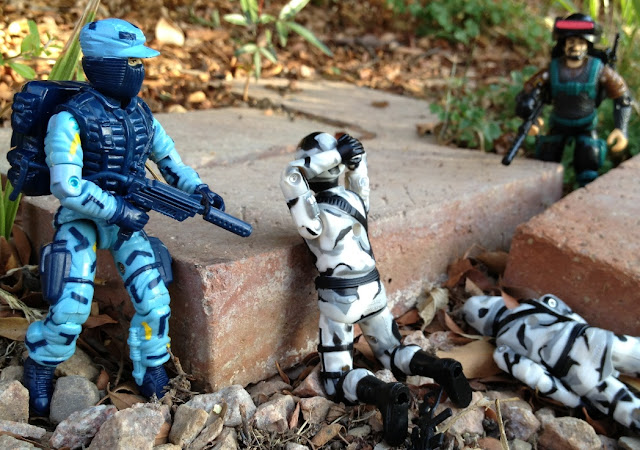 Posted by Robot_Sonic at 9:05 AM
Email ThisBlogThis!Share to TwitterShare to FacebookShare to Pinterest
Labels: 1988, Shockwave