In 1986, G.I. Joe introduced robotics to its pantheon of technological advances.  Both Joe and Cobra had skirted the edge of robotics with things like the Pac Rats and SNAKE Armor.  But, the introduction of the Battle Android Trooper brought full scale robots into the Joe universe.  I still largely believe that BATs were mainly designed as a way to have Joe destroy bad guys in the cartoon without actually killing anyone.  But, the line was crossed and full scale humanoids were now permanently ensconced on the G.I. Joe mythos.  Oddly, though, a few years earlier, the European based Action Force realm was introduced to near indestructible robots.  While they looked like 19th century era deep sea divers (they were a repaint of a deep sea diver figure), the Muton were the pre-cursors to BATs in many ways.  Since Cobra had the BATs, there really was no cry for the Muton to be incorporated into the Joe world in the same way there had been for bad guys like the Red Shadows, Baron Ironblood and the Black Major.  The Action Force Muton figure remained cheap and available and largely forgotten.  In 2017, though, Red Laser's Army produced and all red repaint of the BAT with a Red Shadows skull logo.  The figure became Muton in most people's eyes and has become one of the more popular repaints of the factory custom BAT mold.

One area where Joe never really ventured was the notion of sentient robots.  Joe had characters cloned from the DNA of long dead historical figures, monsters, zombies and space aliens.  But, the closest they came to artificial intelligence was the various enhancements that (mostly Cobra!) characters underwent to enhance their natural abilities.  There was no super smart, independent robot that was a villain on his own.  (Overkill comes close.  But, he was never really utilized.)  So, at first, this was the road I explored for the Muton figure and character.  Maybe he was a BAT that was retrofitted with better technology that gave artificial intelligence.  Maybe he was the computer cloned brain of a mad genius.  Or, maybe he was just a robot that was given the appearance of super intelligence.  None of the ideas really resonated with me.  Each seemed to cling to too many cliches.

I did, though, want to tie Muton to Red Laser.  Most collectors see Red Laser as a leader type figure since he uses the Cobra Commander body.  However, Red Laser is actually a Japanese technological genius who built his Laser Exterminator.  The fact that he would have a robot near him fits with his character.  It also gives Mutor a more relevant origin to his presence in the Red Shadows.  I see Muton as Red Laser's creation.  He started as an experiment in artificial intelligence.  But, grew into an exercise in humanoid robotics.  Red Laser found use for a robot that could move around heavy machinery and perform delicate, technological tasks without needing rest.  In time, that robot was upgraded to also protect Red Laser.  He was outfitted with armaments and greater memory.  Muton became an ever-present sight at Red Laser's side.  This allowed Red Laser access to the inner workings of the Red Shadows and kept him in contact with men like the Red Jackal (Destro) as the Red Shadows disbanded.  The criminal contacts of Red Laser were ruthless men who had the desire and the will to kidnap him and steal his ideas.  With Muton, Red Laser was safe from these plots and the evil-doers had to deal with Red Laser as an equal.

But, as this would have occurred in the early 1980's, Muton was limited.  Red Laser was able to create some programmatic intelligence for Muton.  But, Muton could only learn from his direct environment and encounters.  Muton could have information loaded into his memory and use that to help him learn from his environment.  But, as the internet as we know it didn't exist, Muton didn't have an unending repository of information from which he could draw insights or knowledge to apply to a situation.  All of this means that Muton is actually very limited.  He has the appearance of intelligence.  And, that is very intimidating.  But, his actual abilities are limited to recognizing threats to Red Laser and being able to perform repair and maintenance tasks on machines where the schematics have been preloaded into his memory.  And, as the android was a scientist's pet project, Muton is subject to breakdown and will overheat if he exerts too much processing power.

To someone like Destro, though, the technology was very enticing.  Destro had the facilities to manufacture the androids, bringing down costs and increasing the quality and durability of the machines.  Destro also realized that the intelligence aspect, of which Red Laser was so proud, was the least valuable part of the package.  The androids could just be programmed with some basic combat functions and they would then take the place of cannon fodder troops.  They would be fearless soldiers and would be programmed to repair themselves from spare parts of destroyed robots from the field.  In short, they were repeatable assets that were much cheaper and more effective than humans.  Now, he just had to get the technology and find a buyer.

Of course, this lead to Red Laser's downfall.  Red Laser wanted to build more intelligent robots.  And, he refused to give Destro access to his technology...going so far as to destroy all of his research and documentation: except for a copy hidden inside of Muton's memory.  Red Laser, though, underestimated Destro.  Destro lured him to dinner at his castle.  Here, he poisoned Red Laser's food.  Destro correctly surmised that Red Laser had not programmed Muton to deal with passive threats.  And, as the young genius lay dying, Muton overheated with indecision as it was unable to comprehend what was killing his master.  Destro was able to get the disabled robot disassembled before it could restore itself.  From there, Destro extracted the plans and began the groundwork for what would become the BATs just a few years later.

Despite this figure's popularity, it is still available for its $12 retail price.  I find the figure to be worth the price.  Aftermarket BATs behave oddly once they sell out.  Some sell for outrageous premiums over their original price.  Others, sell for 1/2 their original price.  Usually, the quality of the color scheme determines which route a figure will take.  But, there are a ton of BAT variants out there.  (I've documented 34 without really digging into all the variants of logos and nuanced colors.)  So, Muton could double on the aftermarket, once he sells out.  Or, he might stay around or slightly below the current pricing.  There are many collectors who army build this configuration.  And, many more who have bought him even though they skipped most of the other BATs.  So, the figure has some popularity.  As always, the time to buy is now.  Most factory customs either stay around retail pricing or see aftermarket increases.  So, buying at retail is the best hedge.  You'll lose on a couple, maintain on many, and win on a few more than you lose on.  So, I try to buy now and move on.  With the volume of figures that were released in 2017 and the mass coming in 2018, it's easier to stay current than it is to catch up. 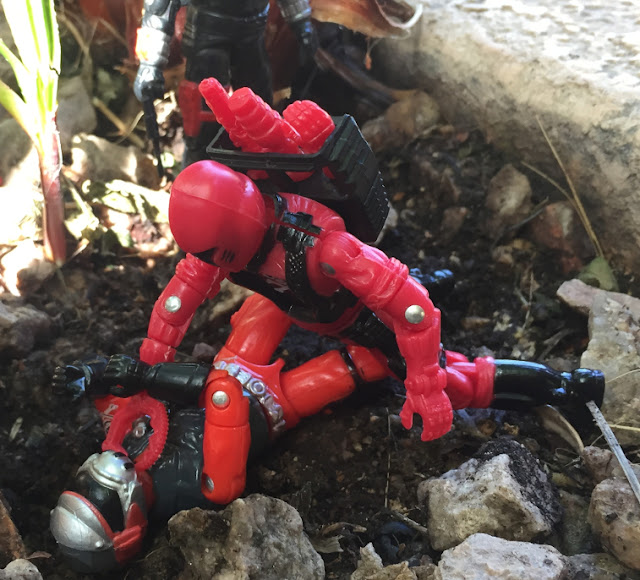 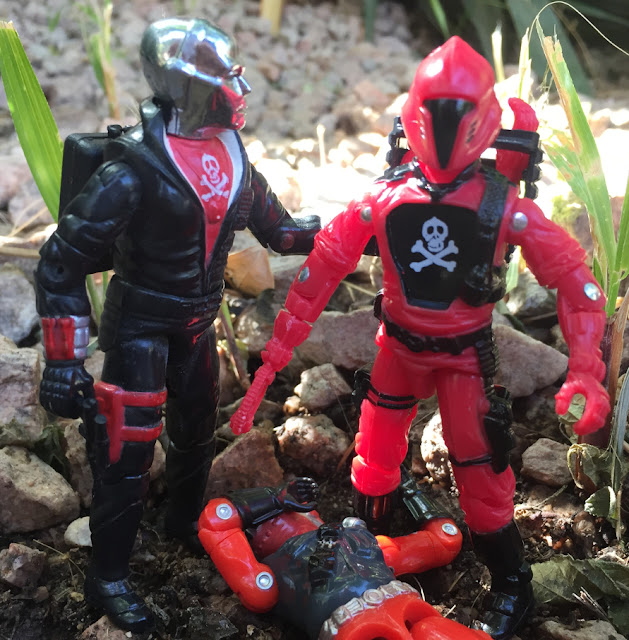 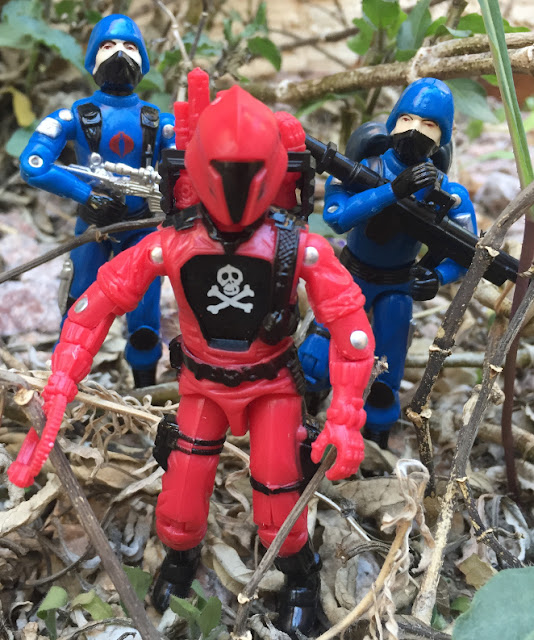