Back in the summer of 2019, I profile Sgt. Misha from the 2005 Comic Pack.  At the time, you could get a carded version of the figure for $20.  And, loose, mint and complete figures were under $10...if you could find them.  Now, Misha's a $50 loose figure!  That seems just absolutely nuts to me.  But, at the same time, Misha is a really well done release that is unique, well colored and includes both the newly sculpted, high quality head and accessories.  The Hasbro production quality from that era does leave something to be desired since the figure has small hands and will break if not handled carefully.

Misha, though, represents much of what was great about the Comic Packs.  It took Hasbro too long to find a recipe for good releases among those sets.  But, when they did, Hasbro was capable of making some great looking figures.  But, Misha also represents much that was wrong with the sets as his globby hands, brittle plastic, reused parts and useless rifle attest to.  In the end, I think he's a pretty solid figure.  But, certainly not worth $50 and is an easy skip at that price.

As pretty much all the Misha's produced went into collector hands, there's a decent amount of content on him out there.  Some of the reviews from the time that this Comic Pack was released are still out there and it's interesting to see how sentiment towards this figure was at the time of his release versus how we view it now. 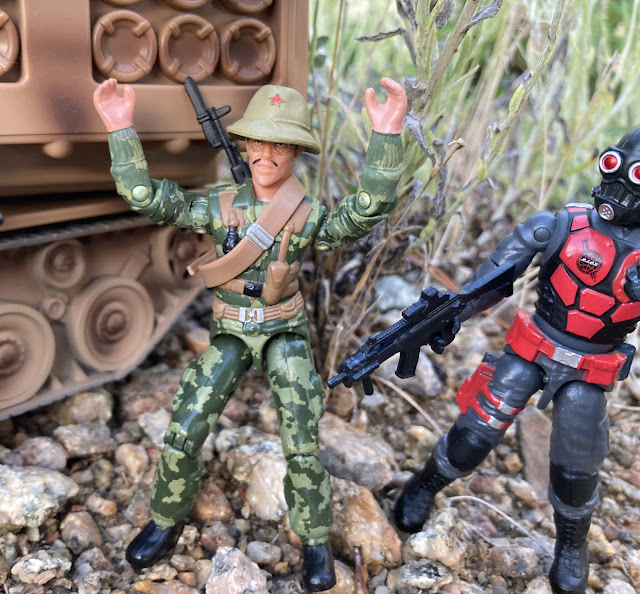 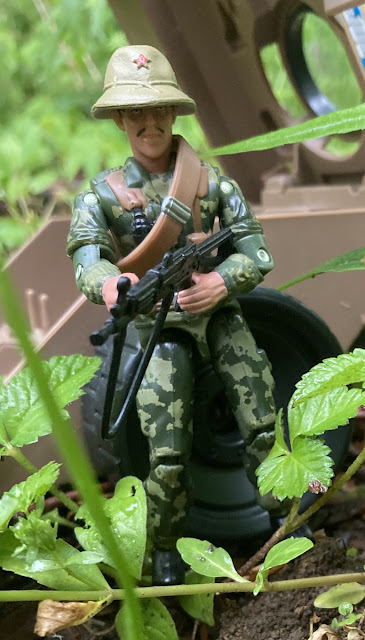 Posted by Robot_Sonic at 12:16 AM
Email ThisBlogThis!Share to TwitterShare to FacebookShare to Pinterest
Labels: 2005, Around the Web, Comic Pack, Oktober Guard, Sgt. Misha