In 1990, the true death knell for G.I. Joe as it was previously known was sounded. Rather than just offering a basic figure assortment, Hasbro decided that it would be a good idea to release a subset of figures that came with sound packs. These battery operated packs would be capable of producing "battlefield sounds" so that kids could start using less imagination and start to rely more on the toymaker to tell them how to play. Naturally, this idea was so good, parents would gladly pay $5.99 for a figure with this sound pack, as opposed to about half that for a regular figure. To say the idea failed, would be an understatement. Like all of Hasbro's gimmicks to raise the price point of Joe figures, this initial experiment caused a group of otherwise nice figures to sit on the shelves as they more economically priced brethren, with whom they shared shelf space, disappeared from retail. What this leaves us, though, is a small group of figures that are somewhat difficult to find and are rather unappreciated.

The basic gold trip on this figure makes him stand out among all other Cobra army builders. As such, in my collection, he is the top ranking Viper. He is just a step below the officer or Crimson Guard in rank. This guy is the field commander for my armies of Vipers, Python Vipers, Cobra Trooper Leaders, and Cobra Troopers. He answers directly to the named Cobras who compose the hierarchy. While I've said that I use figures like the Worm and the Decimator as the top ranking enlisted men in the Cobra army, I keep this guy just a step below that. The Gold Viper is promoted to the positions held by those two figures, who are the last step before a Cobra soldier becomes a member of the named cadre of Cobra leaders. For that reason, this guy gets lots of use as in base situations, but sees little combat time. I see the golden uniform as more ceremonial than functional. (Kind of like the Gold Cylons from the old Battlestar Galactica show.) He can often be found aboard the command vehicle in any Cobra full scale assault. He also aids Interrogator in the "information extraction" process that all Cobra prisoners must undergo. He's one of those figures whose mold ties him to the cannon fodder, but whose colors allow him to rise above them and be seen as a distinct and important member of the Cobra army.

I have been worrying that what has happened to me in a collecting sense was going to happen for quite some time. As a kid, I always liked having two or three of some figures. Certain figures just lent themselves to army building. As an adult collector, I have sometimes taken that a bit far, but still like having many multiples of various figures. (Most of whom are profiled throughout this site.) However, I was always concerned that the day would come when I would want to display my figures, rather than keep them in their drawers. As this is finally happening, I've found myself on a Cobra army building kick. Sure, I've been slowly building armies of Cobras for years now, but now I'm after many different figures, in many different multiples. I think I've settled on 6 as the ideal number for any given figure. (5 to display, and one mint, complete with filecard specimen to put away.) While I have this number for the heavy hitters of the Cobra line, I am severely lacking in many different genres. Trying to acquire 6 Desert Scorpions, SAW Vipers, Rock Vipers, Incinerators, Aero Vipers and various other Cobras is not only incredibly expensive, but time consuming as well. As such, I can't be content with the Cobra army that I have. I always want more. Naturally, this is a problem. I've always felt that I enjoyed my collection much more back when I had under 100 figures available to me. Now that I have substantially more than that, I think my collection has lost some of its significance. Sure, I can build big dioramas, but that's not nearly as much fun as it is hubris. I'm watching my collection morph from something was used and enjoyed into something that is displayed and appreciated. It's not a transformation I'm entirely comfortable with. I know I'm not the only collector out there who is having this happen to them. It may simply be a function of my getting older. It could be any number of things. In any regard, it will be an issue that faces my collection and my status as a Joe fan in the coming months.

Gold Vipers are tough to find. Many people are looking for them. They are a variation on the always popular Viper mold and are a distinct enough figure for them to be desired. They really don't appear all that frequently. While the '90 Law and Lamprey are fairly easy to find, this guy takes a little bit of work to track down. I think many collectors hold onto this guy, while they are willing to let the other sonic fighter figures go. The gold is striking and this figure really stands out in any collection. Like all Cobra army builders, though, this guy will cost you a few bucks to add to your collection. He is one of those figures that no one realizes they need or want until they actually see one for sale. For that reason, interest in these figures is fairly high and the prices of them follow. He is, though, a figure that I've found great use for in my collection. He provides a stark contrast to other Cobra figures that allows him to be a figure of great use. I think you will find him so worthy as well.

This guy's role in my collection really lends itself to remaining a unique figure and, as such, I'm not after any more of him. What is your favorite use of the classic Viper mold? Let me know! 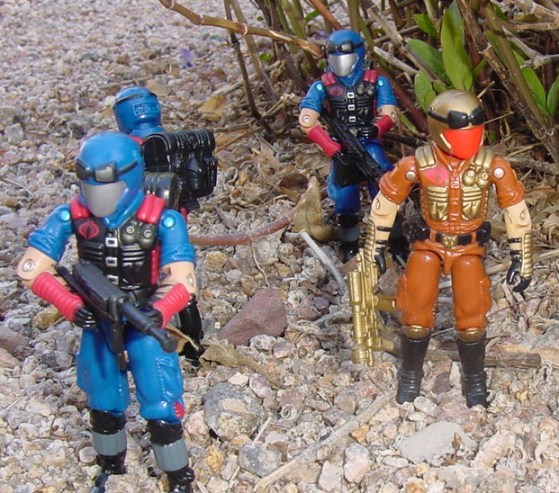 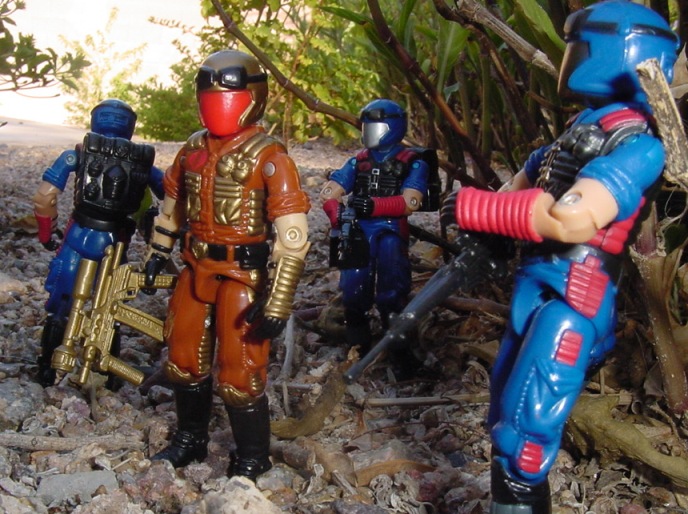 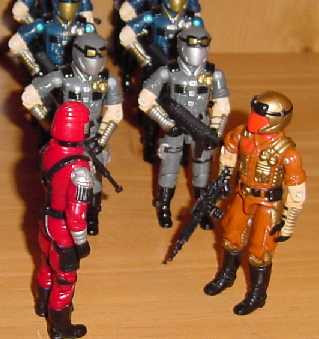 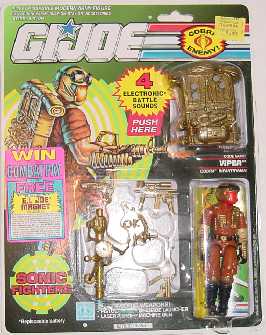